68 Cultural, Historical and Scientific Collections You Can Explore Online 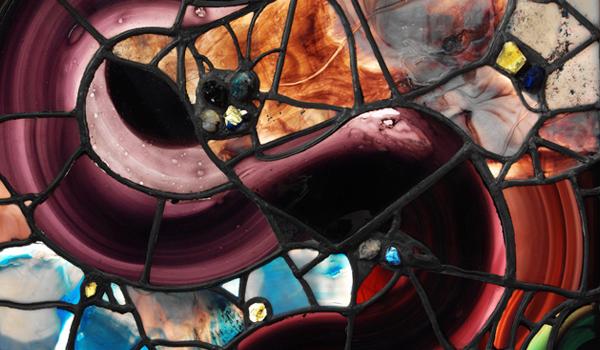 A stained glass window designed by Louis Comfort Tiffany is one of many artworks available for your perusal. Public domain via the Metropolitan Museum of Art

As efforts to contain the effects of the COVID-19 crisis ramp up, millions of people around the globe are social distancing and self-quarantining themselves in their own homes. To support those in search of diversion from the relentless news cycle, Smithsonian magazine has compiled a collection of 68 online culture, history and science collections you can browse from the comfort of your living room. Whether you’re in the mood to virtually explore ancient Rome, read past presidents’ personal papers or download coloring pages from dozens of international cultural institutions, this roundup has you covered. Listings are bolded and organized by field. (See Smithsonian’s lists of museums you can virtually visit, ways to virtually experience the Smithsonian Institution and Smithsonian educational resources for additional inspiration.)

History lovers may not be able to tour the Smithsonian’s National Museum of American History, the British Museum or the Hermitage in person, but digital history resources spanning time periods, continents and countless topics can provide some respite from these travel woes.

Step back in time via Ancient Athens 3-D or Rome Reborn, then cross the Mediterranean into Egypt for an in-depth look at the famed Nefertiti bust. Other immersive historical offerings include a virtual reality museum featuring five shipwrecked vessels; the Heritage on Edge portal, which tracks climate change’s impact on five Unesco World Heritage Sites; a 3-D digital rendering of Japan’s Shuri Castle, which was ravaged by fire in October 2019; a 3-D scan of the bullets that killed President John F. Kennedy; Below the Surface, a multimedia project that traces Amsterdam’s history through excavated artifacts; and a Sketchfab collection of around 1,700 open-access cultural heritage models, from the Abraham Lincoln Mills life mask to the entrance gates of Ireland’s Menlo Castle and a Scottish boat-building school.

Those with more macabre tastes may want to peruse the Survey of Scottish Witchcraft, a tool that visualizes thousands of sites linked with Scotland’s 16th- and 17th-century witch hunts, or the London Medieval Murder Map, which catalogs 142 brutal 14th-century homicides. (In one particularly colorful incident, a man named John de Eddeworth avenged his murdered brother by stabbing the killer “five times with his sword, three times on the back of his head, once on the left side, and once under his left ear.”) Lower-tech maps, including the Library of Congress’ collection of 38,234 digitized travelogues and English king George III’s recently digitized private library of more than 55,000 maps, charts, prints and manuals, are also available.

In the realm of information-heavy databases, highlights range from an index of searchable records that sheds light on New York’s ties to slavery to the Digital Panopticon’s descriptions of 75,688 Victorian-era convicts’ tattoos and the Getty’s archive of 6,000 photos from the waning days of the Ottoman Empire. Troves of digitized documents, meanwhile, run the gamut from historic Mexican cookbooks to a 15th-century British manners book that warns children against picking “thyne errys” and “thy nostrellys,” 155 Persian language texts spanning nearly 1,000 years, one million pages of 16th- through 20th-century content formerly deemed obscene, and the famed Dead Sea Scrolls.

In recent years, museums have increasingly turned to digitization as a tool for widening access to their collections. Among the major cultural institutions with digitized—and often open access—offerings are the Smithsonian, which released 2.8 million images into the public domain earlier this year; Paris Musées, which oversees 14 major museums in France’s capital; nonprofit organization Art U.K.; the Art Institute of Chicago; Taiwan’s National Palace Museum; the Metropolitan Museum of Art; the National Gallery of Art in Washington, D.C.; the Getty; the Wellcome Library; the Museum of New Zealand; and the Uffizi Galleries. Examples of artworks, artifacts and texts available for download include British psychiatric institutions’ 18th- through 20th-century records, Vincent van Gogh’s The Bedroom and Han dynasty jades.

In addition to digitizing broader collections, many museums have curated archives dedicated to specific topics: The Kunsthaus Zürich has an extensive trove of Dada documents that defy the movement’s long-held association with ephemerality, while the Delaware Art Museum has a portal of papers associated with the Pre-Raphaelite Brotherhood. Illinois State University’s Milner Library offers a digital collection dedicated to the history of the circus. The San Francisco-based Letterform Archive has a digital archive of typographical artifacts. And Chicago’s Newberry Library provides online access to more than 200,000 images documenting the history of early America and westward expansion, including watercolors and colored pencil drawings by 19th- and 20th-century Lakota children.

Two giants of the digital cultural sphere—Google Arts & Culture and the Library of Congress—are each home to a dizzying number of virtual resources. The former offers experiences covering 3,000 years of fashion, Pieter Bruegel the Elder’s unseen masterpieces, Latino culture in the U.S., Banksy’s most famous murals, Vermeer’s surviving paintings, armor through the ages, Easter Island and many more topics. The latter has, among others, collections of rare children’s books, Taiwanese watercolors and Chinese texts, braille sheet music, travel posters, presidential portraits, baseball cards, and images of cats and dogs. See the library’s database of digital collections for a more exhaustive overview.

Another option for individuals with ample time on their hands is transcribing historical documents and data. The Smithsonian Transcription Center is always looking for volunteers to log field notes, diaries, ledgers, manuscripts and biodiversity specimen labels. Other offerings include the Library of Congress’ By the People project, which asks users to transcribe collections related to women’s suffrage, Rosa Parks, Abraham Lincoln and Spanish law; the Newberry Library’s Transcribing Faith portal, which seeks volunteers eager to analyze early modern manuscripts; and the Citizen Archivist, which asks participants to tag, transcribe and add comments to the National Archives’ records.

Flowers, fungi and fauna abound in digitized renderings of the natural world. The open-access Biodiversity Heritage Library, for instance, highlights more than 150,000 illustrations ranging from animal sketches to historical diagrams and botanical studies; the Watercolor World, a portal created to serve as a “visual record of a pre-photography planet,” showcases more than 80,000 paintings of landscapes, seascapes, buildings, animals, plants, ordinary people and historical events.

Other digital science resources include an interactive map that lets users plug in their address to see how it’s changed over the past 750 million years, a collection of unsettling sounds from outer space, Cambridge University’s Isaac Newton papers, Charles Darwin’s manuscripts, hundreds of case files written by a pair of 17th-century astrologers and physicians, a map that visualizes all 21 successful moon landings, and a medical pop-up book dating to the 17th century.