Caroline Klibanoff is the program manager for Made By Us, leading the nationwide initiative from the Smithsonian’s National Museum of American History and managing a coalition of 90+ history and civics institutional partners. A public historian whose work bridges the civic engagement sphere with the humanities, Klibanoff has worked across the field: as the project manager for all exhibitions at the MIT Museum; on the National Register of Historic Places update for the Longfellow House – George Washington’s Headquarters; as a coordinator at Northeastern University’s Digital Scholarship Group; and in programs for the Cambridge Historical Society. She also served as a digital strategist for civic engagement organizations the Bridge Alliance and Big Tent Nation, where she developed the American Civic Collaboration Awards and helped launch the inaugural National Week of Conversation. She began her career in public opinion: in strategic communications, PR and social media at the Pew Research Center, and then video and online course production for the FrameWorks Institute. Originally from Atlanta, she holds a B.A. in American Studies and Film Studies from Georgetown University and an M.A. in Public History and Digital Humanities from Northeastern University. 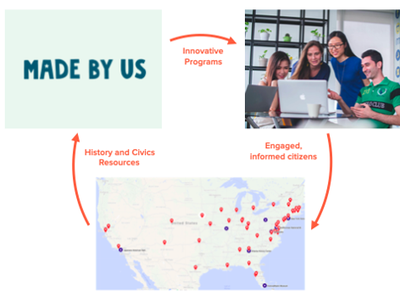 More than the Sum of Our Parts