The past decade of food writing has proven that cookbooks are just the tip of the culinary iceberg. If our top picks have anything to show for it, modern food books include memoirs of great chefs and nonfiction accounts of different slices of the food industry. Even the best cookbooks call for a dash of personality and a hint of history.

From a gorgeous encyclopedia of signature dishes from restaurants around the world to a deep dive into how food systems will have to adapt to a hotter, more populated planet, this year’s food books offer something for every taste. 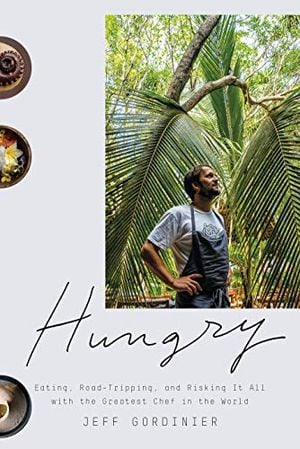 Hungry: Eating, Road-Tripping, and Risking It All with the Greatest Chef in the World

René Redzepi, head chef at the globally renowned restaurant Noma, was feeling restless despite his restaurant’s soaring success. When he got in touch with Jeff Gordinier, he found the then New York Times staff writer in a personal and professional slump. In their shared hunger for risk and reinvention, the two men found common ground that would bond them throughout a four-year culinary odyssey. In Hungry, Gordinier chronicles this adventure—from gathering figs in parks around Sydney to hunting for sea urchins in the Arctic Circle—with vivid prose that is sure to make your mouth water. 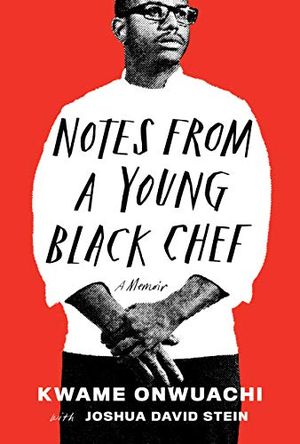 Notes from a Young Black Chef: A Memoir

At just 30 years old, Kwame Onwuachi already has enough life experience to fill a memoir. In his 20s alone, the Nigerian-American chef appeared as a contestant on Top Chef, opened and closed an elite tasting-menu restaurant, finally found his place as executive chef at Kith/Kin in D.C.—and he was named the 2019 James Beard Foundation Rising Star Chef of the Year. But before his explosive entry to the culinary world, the chef had to fight his way out of a cycle of economic hardship and life on the streets. As Tim Carman writes for the Washington Post, “Onwuachi’s memoir should be required reading, not just for future chefs, but for anyone who wants a glimpse into one man’s tale of what it’s like to be young, black and ambitious in America.” 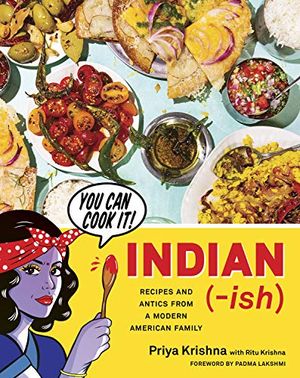 Indian-Ish: Recipes and Antics from a Modern American Family

If you want to cook traditional Indian food, then Indian-ish might not be for you. But if you’re looking for approachable recipes peppered with a multicultural spice, look no further. In Indian-ish, Priya Krishna celebrates her mom’s non-traditional approach to Indian cooking with recipes like Roti Pizza, Tomato Rice with Crispy Cheddar, and Malaysian Ramen. There’s also a handy chart answering all of the spice questions you might be afraid to ask, a wine pairing list from Krishna’s self-taught sommelier mother, and a number of family photos and anecdotes that invite the reader into their home. 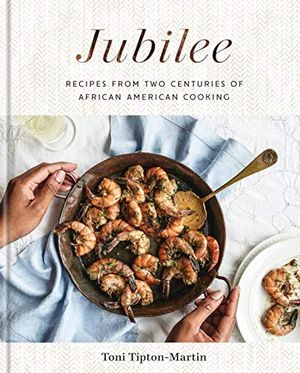 Food and nutrition journalist Toni Tipton-Martin has spent her career elevating centuries of African American chefs who never got their due. While her book The Jemima Code covers a long history of African American cookbooks and offers commentary on their cultural impact, her latest, Jubilee, celebrates the food itself. Tipton-Martin shakes loose labels like “Southern” and “soul” and presents a far more nuanced collection of recipes that are diverse in origin and flavor, from spoon bread to a boozy pecan pie. In the introduction, she writes, “African American cooking [is] like a sultry gumbo: built, perhaps, on a foundation of humble sustenance, but layered with spice, flavors, and aromas, embellished by the whim and the skills of the cook, served with grace and richness as well as love.” 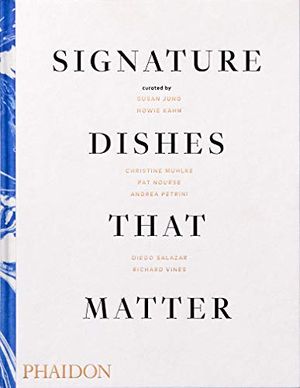 For the food historian, Signature Dishes That Matter presents a comprehensive collection of the restaurant dishes that have defined the culinary landscape since the 18th century. The James Beard Foundation’s Mitchell Davis, who wrote the foreword, calls the cookbook “a definitive canon of cuisine.” The list is organized chronologically and curated by an international team of food writers and critics who weighed in on what dishes—from timeless classics to innovative dishes of today—are iconic in global cuisine. To start, baked Alaska, pizza margherita and chimichanga made the list. Each description of a dish is paired with an extensively researched illustration, taking into account plating conventions and other details. 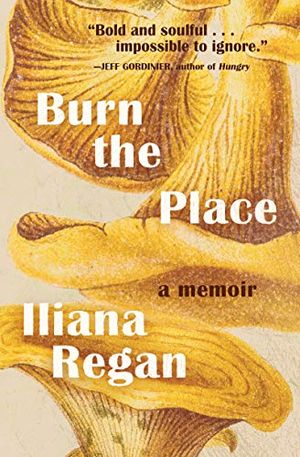 Burn the Place: A Memoir

In Burn the Place, Iliana Regan shares her nontraditional story of culinary success, from her family farm in Northwest Indiana to an acclaimed Chicago kitchen she can call her own. “People always ask where I went to culinary school; it was in that farmhouse I learned everything I needed to know,” she writes. The Michelin-starred chef is self-trained, and she pinpoints the moment she fell in love with food to the fateful summer day her mother taught her to make pasta and marinara from scratch. Regan’s journey has not been an easy one—she describes her struggles with gender identity, queerness and addiction, as she’s navigated a male-dominated industry. 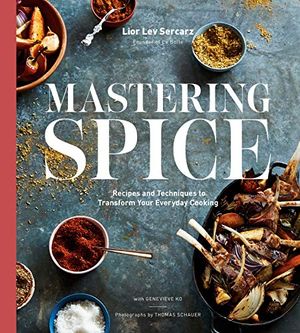 Mastering Spice: Recipes and Techniques to Transform Your Everyday Cooking

Spice can make or break any dish, from pan-roasted potatoes to paella. In Mastering Spice, the self-proclaimed “King of Spices,” Lior Lev Sercarz, serves up a straightforward approach to creating more flavorful dishes. Sercarz, who owns the New York City spice shop La Boîte, transforms classics—adding a spice blend of dill, fennel and mustard to chicken soup or anise, coffee beans, allspice and black peppercorns to brownies. This cookbook’s delectable photographs are bound to inspire even the most cautious of home cooks, and Sercarz’s clear instructions will have you using spices creatively in no time. 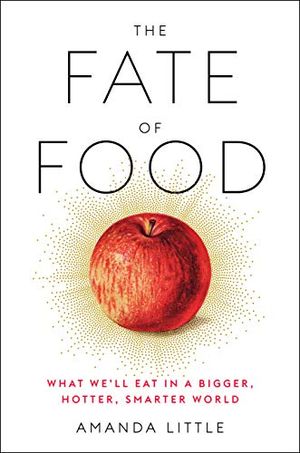 The Fate of Food: What We'll Eat in a Bigger, Hotter, Smarter World

The Fate of Food opens in a factory that makes freeze dried versions of comfort food, like “Chicken-Flavored Pot Pie” and “Maple Bacon Pancake Breakfast.” Award-winning journalist Amanda Little visits the Wise Company’s manufacturing facility, which produces emergency foodstuffs for Doomsday preppers and pragmatists alike, as a stop on her three-year journey to ascertain what we will eat in a rapidly changing world. As global crop production declines and the world’s population grows, sustainable food is the name of the game—and Wise’s “just add water” meals are one option of many. Little explores old and new strategies for reforming the global food system, from GMO cornfields in Kenya to a small permaculture farm just outside of D.C. Ultimately, she presents a more hopeful vision of the future of food than you’d expect. 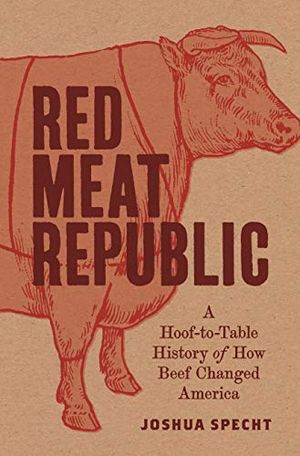 In Red Meat Republic, Joshua Specht tells the little-known story of how Americans became beef-eaters. From cattle ranches in the rural West to slaughterhouses in Chicago, the environmental and business historian charts the path of meat and, in doing so, delivers what is really a tale of people and power. “Peeling the plastic wrap off the cut, Specht uncovers the political economy of modern meat,” writes Kristin L. Hoganson, author of The Heartland: An American History. He brings to light the displacement of Native Americans by white cattle ranchers that marked the beginning of the cattle-beef complex in the Great Plains and revisits the dangerous stockyards described in Upton Sinclair’s The Jungle. By following the meat industry through centuries of conflict, this book puts a new, troubling lens on American history. Drive-Thru Dreams: A Journey Through the Heart of America's Fast-Food Kingdom

Drive-Thru Dreams is not another critique of the fast food industry. In fact, this is a book for the fast food lover. Adam Chandler, a former staff writer at The Atlantic, celebrates the role of fast food in American society, from the inception of White Castle in 1921 to 21st century tweets about Wendy’s chicken nuggets. He captures the complexities of the industry from all sides, talking to company executives, workers and consumers of fast food. This book is more likely to inspire nostalgia than disgust, presenting fast food as the great equalizer of American culture. After all, James Hamblin, author of If Our Bodies Could Talk, praises Chandler’s ability to articulate that, “There is no road to reform without understanding the ways fast food is woven into American history and culture.”