“Once people start drinking craft beer as opposed to the beer produced by the macrobrewers, they don’t go back,” says Bill Butcher, co-founder of Port City Brewing Company in Alexandria, Virginia, and winner of the Small Brewery of the Year Award at the 2015 Great American Beer Festival.

According to the Brewer's Association, craft brewers are small: they only produce six million barrrels or fewer of beer each year. They are also independent: they own or control 75 percent or more if the brewery. And they are traditional: their beer's flavor comes from traditional or innovative brewing ingredients and their fermentation. Flavored malt beverages need not apply.

Though people have been brewing their own alcohol for centuries, the move of small independent brewers into the commercial industry began in the early 1980s, says Maureen Ogle, historian and author of Ambitious Brew: The Story of American Beer.

And like with most entrepreneurial ventures, it wasn’t an easy start for those early brewers.

“Back in the 1980s, the people who started breweries literally built them out of scrap parts because that’s all that was available to them,” explains Ogle. “The only other way to do it was to pay someone to make the beer to your recipe in an existing brewery.”

Today, recognizing the seemingly unstoppable growth of the craft brewing industry equipment manufacturers make products specifically to suit the needs of those small companies, making it even simpler for beer enthusiasts to enter the industry. Even President Barack Obama has his own home brewing kit in the White House kitchen.

Some brewers still make their own equipment though. Take Port City’s patent-pending Hopzooka, for example, which allows the brewers to add hops to the beer without exposing it to oxygen.

And changes to alcohol laws across the country have removed some of the obstacles to craft brewing as well. Brewpubs, for example, were illegal in many places when craft brewing began to take as a viable business, but now there’s no shortage of them. The majority of states have also legalized the sale of beer with an alcohol content greater than 3.2 percent thus expanding the product possibilities for the brewers.

Nothing defines the product of the craft industry more than the wild styles of the beers. Butcher’s Port City brews several familiar flagship styles but they also brew more daring beers such as their Revival Stout, which is brewed with thousands of oysters from the Chesapeake bay that give the drink a “briny character.” And of course there’s a beer for every season in the craft industry whether it’s pumpkin porter or gingerbread ale.

“If there’s an ethos of the craft brewing industry it’s that there are no rules there are no limits to what we can do. If the beer tastes good, that’s all that really matters," says Ogle.

This attitude is what drives consumers to craft beer, says Jeff Hancock, Brewmaster at DC Brau in Washington, D.C. “It’s the craft beer allure. People are looking for something different. New tastes in beer.”

The constant need to develop new beers to satiate the consumer’s thirst for the wild and crazy can be costly for small brewers, but it’s these consumers who have made the industry what it is today. There are no consumers more responsible for the current success of the craft brewing industry than millennials. While this demographic of young adults seems to shoulder a disproprotionate amount of opprobrium, the craft brewing industry understands the value of millennials as a consumer base.

The “locavore” culture has also contributed to the rise of craft beer, explains Hancock. Whether it’s due to the hip factor or a genuine concern for the pervasive consumerism of the United States, millennials are drawn to buying, eating and drinking from local companies.

Locally sourced frequently means higher quality, something millennials, who after years of cheap college partying and the austerity of first job salaries, are probably yearning for.

“Most times, unlike your big megabrewers who are trying to find the cheapest ingredients they can to get the maximum yield out of it they can, craft brewers are using the highest ingredients,” says Hancock.

So the future of the craft industry may be in the hands of the millennials, but it may also land in the laps of the megabrewers that are now beginning to take the small guys seriously. Anheuser-Busch InBev has looked to buy out smaller companies to take stake in the craft beer industry, which is seeing higher growth rates than the megabrewing industry.

As the craft industry becomes increasingly saturated with brewers, Butcher predicts more regionally focused brewers will develop. Rather than trying to reach a national audience, these brewers will focus more on their own communities.

One thing is clear: the craft brew industry is here to stay. Cheers.

The National Museum of American History will dive into the topic of craft brewing at Brewing Up Innovation Saturday, October 24, 2015, 6:30 - 9:30 pm, Coulter Performance Plaza. The event is part of Smithsonian's Food History Weekend. 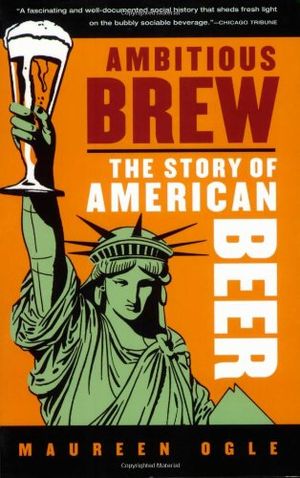