We live in exciting—and slightly alarming—times. In just the past year, new discoveries about the origins of our species have been published, geneticists continue to unlock the workings of our constituent DNA, dramatic finds upended our understanding of life in the deep past, and spacecraft have flown to many unexplored corners of the solar system. It can be dizzying to try to keep track of it all, especially as scientists continue to warn of impending climate calamity and rogue actors skirt regulation to perform genetic edits on humans. Fortunately, 2018 was also a year full of great science books, the perfect way to take a step back and consider the implications of new discoveries and experiments. Whether you want to look inward at the science of human heredity, or outward to Pluto and beyond, the best science books of the year will teach you something that humanity itself is only just starting to learn. 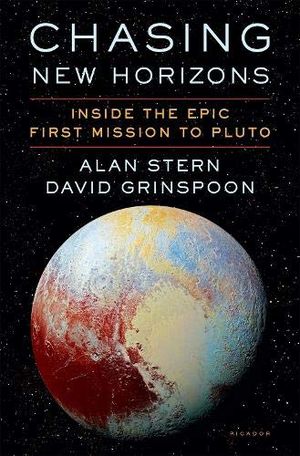 Chasing New Horizons: Inside the Epic First Mission to Pluto

On the first day of 2019, NASA’s New Horizons spacecraft will cruise past Ultima Thule, an icy space rock orbiting in the outer reaches of the solar system. The flyby will mark the most distant planetary encounter in human history, and the images and science data beamed back to Earth are expected to transform our understanding of the Kuiper Belt, a largely unexplored realm beyond Neptune. But almost four years before the Ultima Thule encounter, New Horizons completed its primary mission: the first-ever rendezvous with Pluto. When the spacecraft launched in 2006, Pluto was still considered a planet, and the New Horizons flyby completed the initial reconnaissance of the solar system. In Chasing New Horizons, principle investigator Alan Stern shares with planetary scientist David Grinspoon the political battles and engineering breakthroughs that brought humanity to Pluto and beyond. 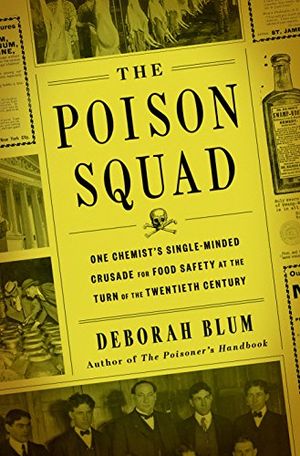 The Poison Squad: One Chemist's Single-Minded Crusade for Food Safety at the Turn of the Twentieth Century

As the 19th century drew to a close, the industrial packaging and distribution of food and drink had become a deadly enterprise. Milk mixed with embalming fluids and rotting meat preserved with cleaning products are only a couple of the nightmares that consumers could face when purchasing foodstuffs in major United States cities. In 1883, Purdue chemistry professor Harvey Washington Wiley was named chief chemist of the Agriculture Department, and he launched a crusade to rid the U.S. of tainted consumables. Pulitzer Prize winning journalist and author Deborah Blum retells the story of Wiley’s campaign investigating food and drink fraud cases, campaigning tirelessly for consumer protections alongside characters such as writer Upton Sinclair, and assembling a “poison squad” of young volunteers to test the various food preservatives used at the time—all of which culminates in the landmark Pure Food and Drug Act of 1906. 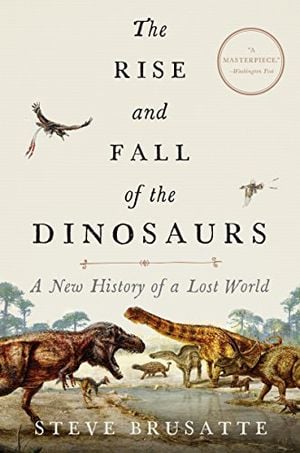 The Rise and Fall of the Dinosaurs: A New History of a Lost World

Illuminated with dozens of illustrations and photos, The Rise and Fall of Dinosaurs chronicles the reign of the terrible lizards and their sudden disappearance from Earth 66 million years ago. In this comprehensive look at the newest discoveries and insights into the lives of the dinosaurs, American paleontologist Steve Brusatte details the evolution of these creatures from small cave-dwellers to the Goliaths of the prehistoric forests and plains. From dinosaurs’ origins in the beginning of the Triassic, through their domination of the planet during the Jurassic, and concluding with the asteroid strike at the end of the Cretaceous that coincided with a worldwide extinction event, The Rise and Fall of Dinosaurs contains new details about the fascinating creatures that thrived long before the rise of homo sapiens. 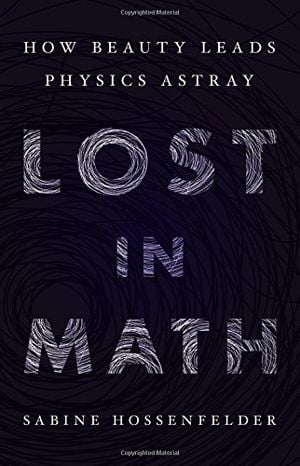 Mathematics, and its direct application in theoretical physics, is often beautiful, elegant and profound to the point that the distinction between math and philosophy blurs. Physicists have long held fast to the notion that explanations of the natural world can be expressed in refined equations and universal laws, and that theories that are more complex or contradictory are less likely to be correct than simple, elegant solutions: E = mc2. But author and theoretical physicist Sabine Hossenfelder, who studies the relationships (or lack thereof) of quantum mechanics and gravity, argues in her book Lost in Math that this quest for mathematical aestheticism has become a dogmatic exercise in delusion. Hossenfelder strips away the math to wrestle with the possibility that the cosmos is not a harmonious, balanced structure, waiting to be described by the next elegant epiphany, but rather a realm of enigmatic chaos that, if we are to understand with greater clarity, must be approached with unbiased scientific observation and measurement to reveal what is, and not what ought to be. The Dinosaur Artist: Obsession, Betrayal, and the Quest for Earth's Ultimate Trophy

Part paleontology lesson and part international crime mystery, The Dinosaur Artist is the story of an overzealous fossil collector who found himself on the wrong side of the law. The ownership of dinosaur fossils is a complicated matter—many countries claim all fossils within their borders as the scientific property of the state, but in the U.S., if a fossil is found on your property, it belongs to you. Landowners in the west will even lease out their land for fossil hunters to search, and a lively dinosaur market for private collectors and museums alike has emerged as a result. Author and contributor to The New Yorker, Paige Williams, tells the story of native Floridian Eric Prokopi, who becomes an expert at locating, assembling and selling dinosaur fossils. But when one of his specimens, a nearly complete Tyrannosaurus bataar skeleton, sells at a New York auction for upwards of a million dollars, questions quickly emerge about where the exquisite fossil came from—and paleontologists on the other side of the world in Mongolia have an idea. 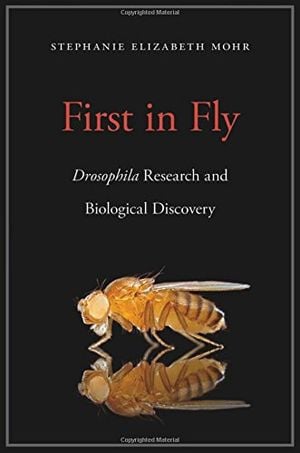 The prime candidate for physiological studies is generally the lab mouse, but an even less likely creature has contributed significantly to our understanding of biology: the common fruit fly. Valued in research for its short life cycle and ability to reproduce in large numbers, the fruit fly, Drosophila melanogaster, is in many ways the perfect organism to study genetics, cellular biology, immunology and behavior. Like humans, flies can learn and retain information, they start to degrade with age, and they have immune systems to battle disease and infections. Harvard lecturer on genetics Stephanie Elizabeth Mohr chronicles how the fruit fly has been a cornerstone of scientific research for over a century. From cancer and diabetes studies, to analyses of human genome data, the fruit fly is an invaluable organism in laboratories around the world. 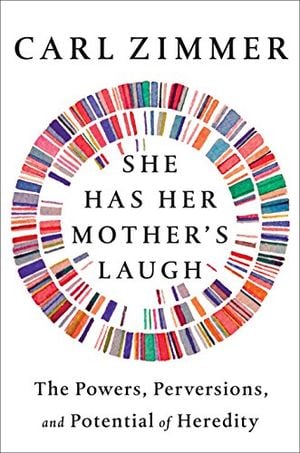 She Has Her Mother's Laugh: The Powers, Perversions, and Potential of Heredity

In his new book, science journalist Carl Zimmer explores the many factors, from genetics to microbes to environment, that we inherit from our ancestors to make us who we are. As the study of genes becomes more accessible and comprehensive, scientists have come to realize that our genomes are not just a simple matter of inheriting material from mom and dad, but rather our DNA is patched together from numerous sources tracing back along divergent ancestral lines. The genetic result is often as intricate and multifaceted as an individual’s personality, and DNA is only the groundwork of our hereditary traits. As cells multiply to constitute our bodies and bacteria cultivates in our guts, we take more than just strands of DNA from those who came before us—and that’s to say nothing of the environmental factors that shape our minds and bodies. With a prescient look at today’s leading research, Zimmer explores what we know about heredity and what we still have to learn. 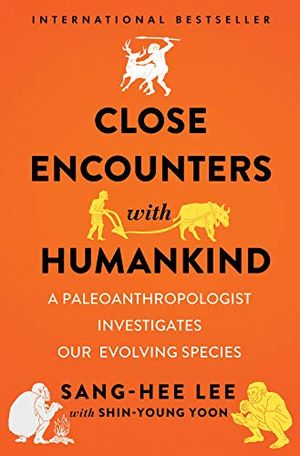 Close Encounters with Humankind: A Paleoanthropologist Investigates Our Evolving Species

From the moment our hominin ancestors rose to their feet and embarked to populate the world, our species has been evolving. Our forebears created social structures, moved into new climates, learned to sow and reap and developed ever more sophisticated technology as civilizations began to cover the globe. Ever since, archaeological clues of the distant past, such as skulls and stone tools, have given paleoanthropologists an increasingly comprehensive understanding of human ancestors, where they came from, and where they went. In Close Encounters with Humankind, leading Korean paleoanthropologist Sang-Hee Lee explores the rise of homo sapiens, chronicling the latest discoveries and research, and exploring the question of why our species survived while our fellow ancestors such as the Neanderthals were left behind. 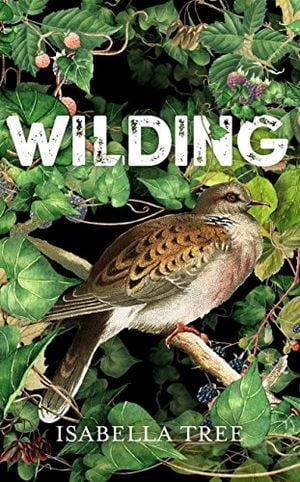 Wilding: The Return of Nature to a British Farm

After concluding that farming their clay-covered land south of London wasn’t economically viable, author Isabella Tree and her husband made a dramatic choice: turn the land back over to the wild. In Wilding, Tree chronicles the story of the “Knepp experiment,” an effort to restore 3,500 acres of England from farmland to wilderness. By introducing large mammals that resemble the animals that once freely roamed England, such as cattle, pigs, horses and deer, Tree’s experiment produced a remarkably vibrant wildlife sanctuary after just a decade of rewilding the land. Vulnerable and rare species, such as turtle doves and emperor butterflies, now freely reproduce in the Knepp preserve. In a story that is part personal memoir, part work of conservation, Tree reveals the capacity of the wild to reclaim the land—as long as humans step out of the way. 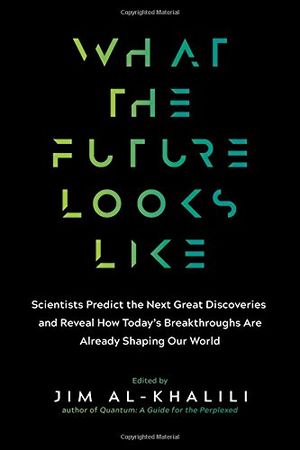 What the Future Looks Like: Scientists Predict the Next Great Discoveries―and Reveal How Today’s Breakthroughs Are Already Shaping Our World

In a sweeping look at the state of numerous fields of research, theoretical physicist Jim Al-Khalili edits a collection of essays by leading scientists on everything from artificial intelligence to teleportation. Will humans settle on other planets? Will we augment ourselves with bionics? Can we permanently rid ourselves of disease, or balance our insatiable need for energy with our planet’s rapidly changing climate? These questions and more are addressed using recent discoveries and breakthroughs as a possible view of what is yet to come. When it comes to what the future looks like, we cannot know with certainty—but this book provides some educated guesses.