“My whole soul ... is occupied with expectation of more news from you, and tho I am told I must not be surprised if it does not arrive these ten days, I cannot help starting every time I hear the bell at the gate, or the door open.”

These lines, written a month after the United States declared its independence from Britain, evoke the letters written by Abigail Adams to her husband, John, while he was at the Continental Congress. Between 1774 and 1777, the couple exchanged over 300 letters celebrated for their poignant blending of war and politics with domestic concerns and heartfelt devotion.

Yet the words above came from the pen of Englishwoman Jane Strachey, who was separated from her husband by 3,000 miles of ocean. In August 1776, English Member of Parliament Henry Strachey was at the epicenter of the looming confrontation between the British and American armies in New York, serving on the administrative staff of Admiral Richard Lord Howe and General William Howe.

Jane’s letters, composed between 1776 and 1778, are buried in the Strachey family papers at the Somerset Archives in England. The private correspondence of a middle-class English wife, they have been virtually ignored by historians of the home front in Britain during the American Revolution. Yet they open a unique window into the experience of ordinary British women. And their intimate tone, everyday detail and authentic chronicling of wartime events provide a fascinating parallel to Adams’ letters.

Henry, like John, was on a political mission: He was secretary to Richard in the latter’s capacity as peace commissioner, a last-ditch effort by the British government to replace fighting in America with talks. Jane, like many women on both sides of the conflict, assumed sole responsibility for her family and household as she endured the protracted wait for news in an age of wooden ships and horse-drawn communication.

Jane said farewell to her husband in May 1776, when he left for America with Richard and his fleet. “I saw your concern at leaving me and your poor little ones,” she wrote a few days later, in the first of her many letters.

In the ensuing months, Jane and the rest of the nation waited in suspense for news of a battle between British and American troops. The British press heightened public fears by publishing exaggerated reports of American preparations to defend New York. The Battle of Bunker Hill a year earlier had shocked the British people, as American marksmen inflicted wholesale slaughter on redcoat troops assaulting the hill overlooking Boston; now, dread of another bloody encounter was widespread.

On August 9, not knowing that the Battle of Brooklyn was just weeks away, Jane confessed to Henry, “I have never permitted myself to think that there is a possibility of your falling into any kind of danger,” for her civilian husband was in America to assist in the event of negotiations with rival leaders. “[A]nd yet I cannot but shudder at reading an account of the prodigious armament of the enemy.”

Like the majority of Britons, Jane had little understanding of the arguments over abstract rights that had provoked the colonists to rebellion. She wrote perplexedly of the “ambitious and restless spirit of the Americans,” which has destroyed “the Domestick Tranquillity of many happy families” in the British Isles. Yet the Americans were a kindred people. With characteristic gentleness, she concluded, “how much more will you say they have hurt themselves? I am not malicious, I only wish them peace, and that my dear Harry may soon appear with the glad Tidings.”

Jane was convinced that her husband had embarked on a humanitarian errand. She believed the British war machine that carried him to New York was not intended to drive the Americans to desperation, but to force them to the negotiating table. The peace commissioners’ work could begin only when the defiant colonists ceased to challenge the British Parliament’s right to tax them.

At home in the London suburb of Greenwich, Jane found herself isolated with her children. Even the youngest Strachey understood his father’s mission. Three-year-old Edward galloped around the house on his hobby-house, crying, “Make peace in America!” Charlotte, aged 6, betrayed a sense of abandonment when she asked her mother if her father had other children in America. Middle child Harry approached a strange British officer in a park, innocently requesting news of his father.

Jane was lucky to have a comfortable home with an extensive garden in an era when the British government gave no assistance to the families of poor men serving abroad. (The wives of common soldiers were expected to apply for parish relief.) Like Abigail Adams, Jane was obliged to take on unaccustomed responsibilities: financial decisions, property maintenance, management of household staff. Her mother, seriously ill, was unable to help. Fortunately, Jane found herself quickly drawn into a support network of families of British men serving in America. Wives of civil servants working at government offices in Whitehall helped her with her young children, and social gatherings were frequent.

Wartime broke down some social barriers, as the aristocratic Howe women joined this London-based network of families of men serving overseas. Jane exchanged visits with Richard’s wife, Lady Mary Howe, and hosted a musical evening that included both Mary and other Howe women. As the wait for news from New York dragged on, William’s wife, Fanny—too young to be an experienced army wife—grew visibly uneasy. But Jane was impressed by Mary, who coped with the stress by focusing on domestic responsibilities. Mary belied the contemporary stereotype of aristocratic women as frivolous and self-indulgent, devoting herself to her three daughters and the management of her country estate, where Jane and her daughter, Charlotte, were frequent guests.

The Howe brothers and their army captured New York without the dreaded bloodbath, and autumn 1776 saw a succession of British victories. But the war did not end, and in a brief meeting held at Staten Island in September, John Adams and two other delegates from the Congress rejected the peace commission’s thin terms.

Jane now realized that no end was in sight to her separation from Henry. On Christmas 1776, in a moment of insecurity and unhappiness, she wrote to him, “I am growing old, as you will not want a pair of spectacles to discover this on your return, I may as well drop the subject.” She dreamt that she was transported to New York, only to find that Henry had been posted hundreds of miles away. “This mortification occasioned such distress that it awakened me.” Letters from Henry, each one opened with a “trembling hand,” became her lifeline.

When Jane discovered that her middling status meant she received letters from Henry days after the wives of high-ranking officers, a sympathetic Mary intervened. Her ladyship directed Richard and Henry to report on one another’s health in every letter home. The two wives thenceforth shared their news, sometimes shedding tears together in Mary’s elegant London drawing room as they commiserated on the long separation.

Jane’s loyalty to the Howe family was called upon as the British war effort began to falter in 1777. When it became clear that the Howe command was not quashing the rebellion, criticism by the British press mounted. Fanny even found herself subjected to verbal abuse in the public spaces of the British capital. In a storm of media-based character assassinations, William was pilloried as a decadent aristocrat who dallied with his mistress, Elizabeth Loring, in New York.

No record of Fanny’s reaction to this rumor of her husband’s infidelity exists, but the Strachey letters do contain a personal account of Jane’s embarrassment as the subject was bandied about in a West End drawing room. Feeling called upon to defend the family, she tried to look unconcerned and took refuge in the sexual double standards of the day, asserting that a husband had a right to “console” himself when he was at a distance from his wife. Still, she warned Henry, “[A]s all Wives are not liberal in their sentiments on these subjects it is not amiss to tell you that such stories as these do not lose by the distance that they are carried.”

By autumn 1778, the Howe brothers had resigned their commands and returned home. There, they were confronted by attacks in the newspapers and a parliamentary inquiry into their campaigns in America. The official inquiry was inconclusive, but supporters of the war were angered by the Howe brothers’ insistence that it was unwinnable. Two political camps formed that lasted until the end of the war in 1783: One argued that another campaign would bring victory, while the other asserted that the clash was a lost cause.

The Howe brothers retained their careers in the armed forces, but William never commanded an army in battle again. In contrast, Richard became a national hero when he defeated the French in the 1794 Glorious First of June—the first major naval battle of the Wars of the French Revolution. The Howe dynasty never entirely outlived the stigma of failure in America, and in 1800, Mary, by then a widow at the end of her life, wrote sadly of the “ill-conduct” of the nation toward her husband. But for Jane, the war effectively ended in 1778, with her beloved Henry restored to his wife and children. The Stracheys went on to enjoy many more decades of married life.

All citations are from letters of Jane Strachey in the Strachey Collection in the South West Heritage Trust’s Somerset Archives and Local Studies (SHC-DD/SH). 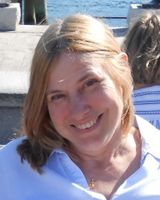 Born the U.S. and raised in Massachusetts, Julie Flavell has pursued a lifelong interest in Anglo-American relations in the age of the American Revolution, as reflected in her first book, When London Was Capital of America (Yale University Press, 2010). A Fellow of the Royal Society, she obtained her Ph.D. from University College London. She has lectured in American history at Edinburgh and Dundee Universities. Flavell lives with her husband in Britain.