A look into the cultural and artistic roots of Day of the Dead celebrations in the U.S.

Día de los Muertos, or Day of the Dead, is a time to remember and honor those who have departed. Celebrated on November 1 and 2 throughout Mexico and much of Latin America, it is said that on the holiday, the spirits of the dead return home for the night to visit their loved ones. Families visit gravesites and create ofrendas, or altars, covered with pictures of their departed family members, candles, sweets, decorations, and personal offerings like favorite foods and drinks to nourish the spirits in their journey. Filled with food, music, and dancing, Day of the Dead is a rich celebration of the lives of those who have passed before us. While Mexican American communities have celebrated the Day of the Dead for hundreds of years in the United States with personal, often religious, ceremonies, there has been an evolution in how the holiday is celebrated today. This change, in addition to a steady rise in awareness of the of the Day of the Dead in the United States, can be traced back to Chicano artists and activists who launched large scale, public events during the holiday seeking to create a new political and cultural consciousness among people of Mexican descent in the United States.

A Brief History of the Day of the Dead in Mexico

Estimated to be 3000 years old and deeply rooted in Aztec and other Mesoamerican traditions in Mexico, Day of the Dead rituals were meant to honor death as a natural part of the cycle of life. The Aztecs gave offerings to their deceased ancestors, made altars, and burned incense in a month-long celebration. When the Spaniards arrived in Latin America, they appropriated the summer holiday and moved it to coincide with Catholic All Saints’ Day and All Souls Day’ at the beginning of November, thus assimilating the Day of the Dead into a new Mexican culture blended from indigenous and European traditions.

Calavera imagery, or the skeleton figures most closely associated with of Day of the Dead today, was the creation of Mexican printmaker José Guadalupe Posada. He was inspired by skeleton imagery he observed in celebrations on the holiday, a remnant from the indigenous traditions. Initially created for broadside newspapers as illustrations accompanied by poems and jokes, Posada's calaveras slid into satire, depicting political figures and elites of Mexico as skeletons—a somber reminder we are all the same inside and meet the same end—as mere bones. La Catrina is perhaps Posada’s most enduring calavera image. Aimed at poking fun at rich Mexican women who were eager to adopt European dress and customs before the Mexican Revolution, catrina figures are clothed in opulent dresses and large hats adorned by feathers and lace, a superior and self-aggrandizing fashion that stood in sharp contrast to the average Mexican worker.

A Religious Tradition in the United States

As Posada was making his images in Mexico in the mid-late 1800s, we can trace the custom of Mexican immigrants bringing their Day of the Dead rituals with them to the U.S. back to the 1890s. Families participated in somber and religious ceremonies such as taking mass, visiting family gravesites, and decorating with flowers, without many of the indigenous elements we see associated with the holiday today. Artist Carmen Lomas Garza grew up in south Texas in the late 1950s and early 1960s and celebrated Day of the Dead in small family gatherings. She frequently depicts her family traditions in her work. In the book Day of the Dead in the USA: The Migration and Transformation of a Cultural Phenomenon, she discusses her family’s annual tradition of picnicking at the gravesite, a common practice in both Mexico and Mexican American communities. “I didn’t see any skeletons or skulls or anything like that at the cemetery,” Lomas remembered. “It was mostly flowers and candles. I don’t remember people using copal incense, either.”

The Rise of a New Chicano Identity

In the 1970s, the Day of the Dead began to be transformed into the holiday we see today by artists and activists who used the holiday as a tool for identity-building, seeking to recognize and celebrate their indigenous roots as a part of their Mexican American heritage to create a new Chicano identity. This rising political and cultural consciousness is explored in SAAM’s upcoming exhibition ¡Printing the Revolution! The Rise and Impact of Chicano Graphics, 1965 to Now. For more than 50 years, Chicano activist artists have forged a remarkable history of printmaking rooted in social justice movements that remains vital today. As exhibition curator E. Carmen Ramos writes in the catalogue, “To call yourself Chicano—a formerly derogatory term for Mexican Americans—became a cultural and political badge of honor that expressly rejected the goal of melting-pot assimilation.” (Note: we now often use the inclusive, gender neutral term Chicanx, when possible.)

One of the first “modern” celebrations, similar to what we see today, was created by a group of Chicano artists and activists in East Los Angeles in 1973, led by Self Help Graphics & Art, a printmaking collective and the oldest Chicanx art center still in existence. They intentionally sought to incorporate indigenous traditions back into the holiday with ofrendas, parades, costumes, and artworks. Their parade ended at a cemetery with an altar to honor those killed by gang violence, blending the traditions of the past with the real concerns facing the Chicanx community in the present. As the years passed, the Self Help Graphics celebrations flourished and included contributions by notable Chicanx artists including Ester Hernandez; Carlos Almaraz; ASCO members—Harry Gamboa, Gronk, Willie Herrón and Patssi Valdez; Judith Baca; and Los Four, including Frank Romero.

Today, Day of the Dead in the U.S. is a holiday that is reflective of its deep and varied influences—indigenous, religious, and artistic. While many Mexican American families still celebrate the holiday with personal and sometimes religious traditions, public celebrations hosted by community and arts organizations have become increasingly common across the country. Chicanx artists such as Carmen Lomas Garza, began creating public altars and installations in museums and art galleries to expand the holiday to reach communities. Goods with calavera and catrina imagery can be found in stores across the country. The holiday as we see it today that has transformed into a true blend of cultures and voices to create a holiday that is as unique and powerful as the Chicanx community itself. 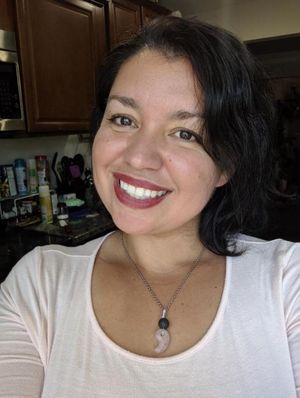 Rebekah Mejorado is a Public Relations Specialist at the Smithsonian American Art Museum and Renwick Gallery.