Cher. Madonna. Bono. Sting. Beyoncé. All global icons. Let’s go back in time and add another one: Humboldt.

Long before Bey and Jay took over the Louvre in 2018, Alexander von Humboldt was the singular superstar of the 1800s, thanks to his boundless intellectual curiosity and immense popularity among his contemporaries. The Prussian naturalist spent a mere six weeks in the United States, but in that time he changed America and American art forever.

Ralph Waldo Emerson proclaimed Humboldt to be “one of those wonders of the world”—a superlative difficult to challenge, given his brilliant mind, extensive writings, ambitious explorations, and immeasurable contributions to humanity and science.

Who is Alexander Von Humboldt, and why is he such a superstar?

Alexander von Humboldt was a true scholar who studied cartography, botany, meteorology, and geomagnetism. His vast knowledge was a direct result of his extensive travels to Europe, South America, Mexico, Cuba, and Russia, where he painstakingly drew maps and measured weather, plants, creatures and mountains.

Over the course of his lifetime, Humboldt published over 36 books, beginning in 1805 with Essai sur la géographie des plantes (Essay on the Geography of Plants). His life’s work culminated in the five-volume Cosmos: A Sketch of the Physical Description of the Universe, putting forth a theory that everything in nature is linked. Published from 1845 to 1859, Cosmos’ popularity was on par with a certain book series about a boy wizard with a lightning bolt scar as it was translated into multiple languages and shipped to over 26 countries. Charles Darwin, for example, continually referenced Cosmos as he conducted his own research on the evolution of species.

How do you know Humboldt?

Ever heard of the Humboldt penguin? Humboldt Peak in Colorado? The Humboldt squid? Humboldt County, South Carolina? Humboldt Fog cheese? The Humboldt Redwoods State Park in California? From sea to shining sea, Alexander von Humboldt’s stamp of approval has been reciprocated by Americans, honoring a man who believed himself to be “half an American.”

How has Humboldt continued to shape American culture?

America’s diverse natural wonders must have lived up to Humboldt’s concept of Naturgemälde (a picture of nature), as his stamp of approval impacted our country’s identity: where else can you see ecological systems like Niagara Falls, Yosemite National Park, and the Everglades in one nation? If you’ve ever taken the quintessential American road trip with friends or family, you know why seeing the Grand Canyon or Yellowstone, or Niagara Falls is on everyone’s bucket list. It is impossible to list the top 10 iconic American sites and not include natural wonders.

SAAM’s Senior Curator, Eleanor Jones Harvey, has spent the past eight years searching out Humboldt’s impact on American culture—in the visual arts, sciences, literature, politics, and exploration. She has described the vast Smithsonian—with its 19 museums, the National Zoo, and 21 research centers and programs that encompass the breadth of Humboldt’s interests—as “the physical manifestation of Humboldt’s brain.” We will reveal her discoveries when the exhibition Alexander von Humboldt and the United States: Art, Nature, and Culture opens March 20, 2020. We hope you will be inspired to discover your Humboldtian connection, online and in the galleries. 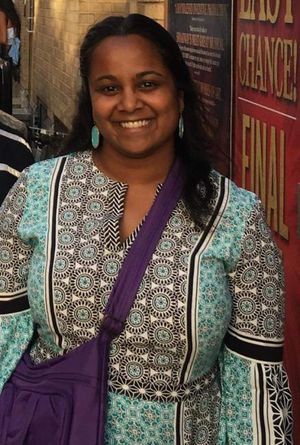