In true Levinthal fashion, his subjects are not the fabled players themselves but rather their action figure doppelgangers. It is as if the artist has brought a Who's Who of Starting Lineup figures to life. Levinthal’s signature approach is to photograph toys and figurines in such a way that they often appear to be the real thing. Obscuring their “toyness” is his use of selective and soft focus: one small area of the photograph is crystal clear while the rest of the image is intentionally blurred.

Some of the photographs in the Baseball series replicate a player's most iconic moment. There's Babe Ruth's called shot. Jackie Robinson stealing home. Hank Aaron hitting 715. In other instances, the image deftly captures a player's essence. There's Rickey Henderson, forearms resting on bent knees, about to steal another base. There’s Satchel Paige, posed and poised on the mound, about to deliver a pitch. And there's Roberto Clemente, his legendary rocket arm propelled forward in mid-throw.

I look at my work as a narrative that taps into each individual's own memory.
— David Levinthal

In Clemente’s photograph, it is the glove on his left hand and the letters across the front of his jersey that have found the camera's focus – a fitting choice for a twelve-time Gold Glove Award winner who played all eighteen of his major league seasons with the Pittsburgh Pirates. When I look at this image of Clemente, I see much more than what can be found within the frame. A highlight reel of my childhood flashes through my mind. Levinthal’s work – its nostalgic subjects, its intentional blurriness – encourages the viewer to draw upon their own experiences and associations: "I look at my work as a narrative that taps into each individual's own memory," the artist says.

I grew up in a tiny town in western Pennsylvania during the 1980s. Baseball was my sport, the Pittsburgh Pirates was my team, and Roberto Clemente was my hero. For a kid whose parents encouraged her to always do her best, to stand up for what is right, and to help other people, Roberto was the embodiment of all that I hoped to be when I grew up. A fifteen-time All-Star, Clemente’s formidable skill in the outfield and the batter’s box was a perennial force in the league, yet his impressive stats don’t capture the unquantifiable talent and grace that he possessed as a ballplayer. Black and Puerto Rican, Clemente proudly embraced his cultural heritage and spoke out against the discrimination and xenophobia that he and his fellow players of color faced. Deeply committed to humanitarian efforts, he died at the age of thirty-eight in a plane crash on December 31, 1972, while delivering aid to victims of a massive earthquake in Nicaragua.

Like other public figures who have departed long before their time, Roberto Clemente is timeless. The other-worldly aura that infuses his legendary life adds an additional layer of meaning to the haziness that surrounds him in Levinthal’s image. I’m reminded of a line uttered by a mythological Babe Ruth to the young Benny "the Jet" Rodriguez in the 1993 classic baseball film The Sandlot: "Heroes get remembered, but legends never die." 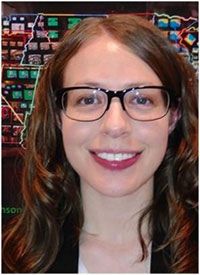 Anne Showalter is a Digital Interpretation Specialist at the Smithsonian American Art Museum.