My two young daughters, ages 3 and 6, are big pretenders. From sunup to sundown, they act out different scenarios: eating at a restaurant, visiting a doctor’s office, browsing in a pet shop. Lately, I’ve noticed Covid-19 precautions creep into their dramatic play. The checkout line at their store has a Plexiglas shield. When you call their restaurant, they ask if you’ll be picking up curbside, and their doctor’s office administers nasal swabs. 2020 has turned their world, real and imaginary, upside down.

Explaining all that’s going on around them—a global pandemic, the struggle against systemic racism, protests, a volatile presidential election—at a level that they can understand, and in a way that teaches and moves them, without inducing anxiety has been challenging. As a parent, I always turn to children’s books to guide me, and this year, some of my favorite new books that have come out are pathways to conversations and teachable moments, while others provide a needed laugh, a lighter note or a breath of fresh air. 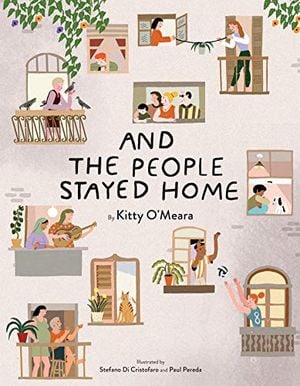 And the People Stayed Home

Two days after the World Health Organization declared the Covid-19 outbreak a global pandemic, Kitty O’Meara sat down in the Wisconsin home she shares with her husband, five dogs and three cats and wrote a poem. She posted it to her Facebook page. Then, the most surprising thing happened. Share after share after share, her verses went viral. “And the People Stayed Home” was turned into songs performed by the likes of the Twin Cities Gay Men’s Chorus and opera singer Renée Fleming, translated into more than 20 languages, and published as this illustrated children’s book.

So what makes O’Meara’s poem resonate with so many across the world? No doubt, the hope in its message. The former chaplain and teacher focuses on what people have done in quarantine—“they listened,” “some danced,” and “the people began to think differently”—and the good that could come from these things. “When writing this poem, I felt that it if we give our attention to our gifts, I was hoping that might be a focus point for us and way to combat the fear and anxiety,” O’Meara has said. The new book is a calming, optimistic read, and a salve for children trying their best to navigate this time. (Recommended ages: 4-8) 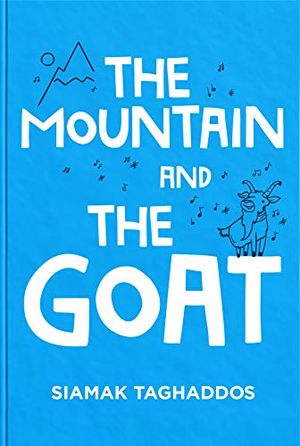 The Mountain and The Goat

When Siamak Taghaddos was a young boy, his father taught him an old Persian poem that has had a profound impact on his life. A serial entrepreneur, who has been featured on Inc. Magazine’s “30 Under 30” list, is now paying it forward with his own modern fable, The Mountain and the Goat. The simple tale, accompanied by minimalistic illustrations, imparts an important lesson about using what you have to improve your lot in life, and about enriching the lives of others you encounter along the way. With some creativity and resourcefulness, the narrator barters goods and services, ultimately obtaining the lumber needed to build a treehouse. (Recommended ages: 4-8) 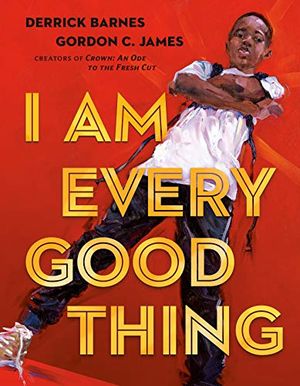 I Am Every Good Thing

In Crown: An Ode to the Fresh Cut, The King of Kindergarten and now I Am Every Good Thing, award-winning author and father of four sons Derrick Barnes celebrates confident black boys. His latest reads as a number of “I am” affirmations—metaphors that compare the story’s narrator to “a front flip off the diving board,” “the center of a cinnamon roll,” and “that smile forming on your face right now.” As Barnes told NPR, “things that are universally good.” Charnaie Gordon, blogger at Hereweeread, declares I Am Every Good Thing “a good place to start” in exposing children of all races to “’feel good’ stories that feature Black children being celebrated and feeling joyful.”

While positive and full of energy, the book is, as both author and illustrator acknowledge, “a reaction to something negative.” Barnes dedicates the book to Tamir Rice, Trayvon Martin, EJ Bradford, Jordan Edwards, Michael Brown, Jordan Davis and Julian Mallory, all black and all senselessly killed. Illustrator Gordan C. James depicts the boys on the book’s pages in everyday places where black kids continue to be subject to racism. Kirkus, which named the book a 2020 Kirkus Prize winner, calls I Am Every Good Thing “a much-needed book for Black children when society demonstrates otherwise.”(Recommended ages: 3-7) 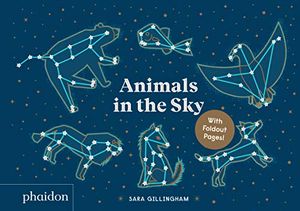 Animals in the Sky

Sara Gillingham, who wrote a wildly popular guide to constellations for elementary-aged kids in 2018, is back with a primer for toddlers and preschoolers. The board book is super clever in its construction. (Gillingham is an art director and designer, who previously led design for children’s publishing at Chronicle Books.) It features six constellations, and with each is a riddle alongside a connect-the-dots representation of the star pattern. Readers guess the animal, and then open a gatefold to reveal the answer. Lion, bear, fish—all good answers for now. But before long, it’ll be Leo, Ursa Major and Pisces Austrinus. (Recommended ages: 2-4) 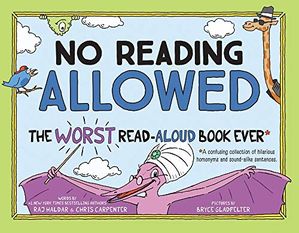 No Reading Allowed: The WORST Read-Aloud Book Ever

As an editor, I’m admittedly a sucker for wordplay. So when I heard that Raj Haldar and Chris Carpenter, the witty writing duo who burst onto the scene two years ago with P Is for Pterodactyl: The Worst Alphabet Book Ever, had a new title, I was eager to read it. Whereas their debut book focused on tricky silent-first-letter words, No Reading Allowed has a heyday (not to be confused with a hay day!) with homophones. Haldar, a Philadelphia-based rapper known as Lushlife, has an ear for the words that sound alike but have different spellings and meanings. The playful book has readers’ minds darting in all directions. “It’s fun to read this book if it isn’t aloud.” At the same time, “it’s fun to read this book if it isn’t allowed.” (Recommended ages: 4-8) 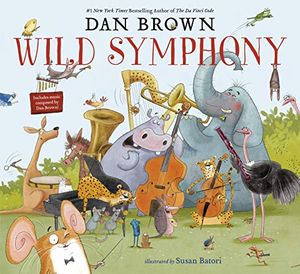 Long before Dan Brown made millions writing thrillers like The Da Vinci Code and Angels & Demons, he aspired to be a composer. In his 20s, Brown produced an album of classical children’s music he called “Synthanimals,” and to this day, the man of many mysteries records music in a secret studio in his New Hampshire home, accessed through a hidden door. This year, his writing of books and music collided with the publication of his first-ever children’s book, Wild Symphony. The project began two years ago when a Chinese television program unearthed “Synthanimals” and asked him about it. Brown dusted off the album and wrote a story about Maestro Mouse and his friends to pair with it. A free, augmented reality app allows readers to hover a smartphone over each page to add music to the story’s already melodious words. Brown couldn’t resist weaving clues, hidden objects and secret messages into the illustrations. (Recommended ages: 3-7) 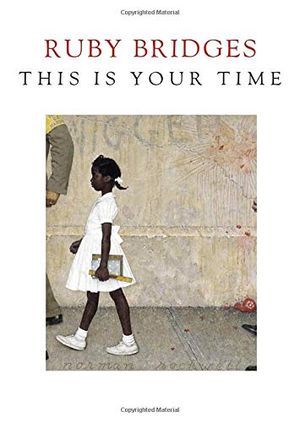 This Is Your Time

Ruby Bridges, a civil rights activist who at 6 years old was the first black student to integrate into an all-white elementary school in New Orleans, pens a powerful letter to children in This Is Your Time. Now 66, she has spent the past 25 years speaking to kids worldwide about racism. In response to the killing of George Floyd and Black Lives Matter protests across the country, she was inspired to write this call to action “to the young peacemakers of America.” Bridges describes her experience as a first grader being ushered in and out of school, through mobs of angry protesters, by U.S. marshals and the special relationship she had with her teacher, Mrs. Henry. Through photos and her words, she compares the 1960s to today, and lovingly encourages readers, “Don’t be afraid. This is your time in history.” Adorning the cover of the small book is a portion of Norman Rockwell’s The Problem We All Live With, an iconic 1964 painting of Bridges being escorted into William Frantz Elementary School in the city’s Ninth Ward on November 14, 1960. This fall, artist Bria Goeller created an image that went viral of Vice President-elect Kamala Harris walking alongside a shadow of little Ruby Bridges. (Recommended ages: 10 and up) 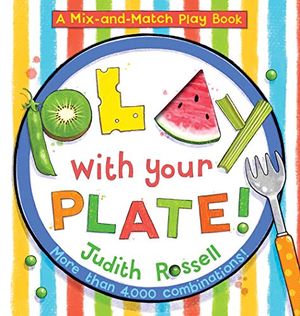 Play With Your Plate!

Judith Rossell is onto something with her new mix-and-match board book. Kids naturally play with their food, always moving it around their plate. But instead of frowning at the behavior, Rossell makes a game of it. Play With Your Plate opens to four mini board books, each with a prompt to make a plate of foods of the same shape, color or type. Tiny hands can flip through the pages, selecting four foods to fill their plate. With more than 4,000 possible combinations, this interactive book will keep kids coming back for more. (Recommended ages: 0-5) 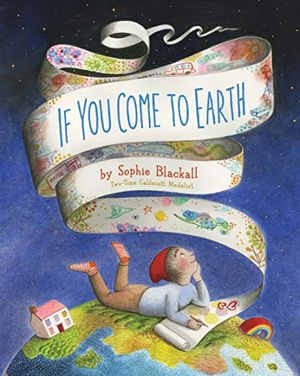 If You Come to Earth

In my almost seven years as a parent, I’ve learned that explaining life on Earth to a child feels a lot like explaining it to an alien from outer space. So, kids aren’t the only ones who will enjoy Caldecott-winning author Sophie Blackall’s latest book, If You Come To Earth, which takes the form of a letter from a child to an extraterrestrial. The narrator outlines what a visitor to our planet ought to know—everything from what Earth looks like (“The green and brown bits are land, and the blue stuff is water.”) to how humans express themselves (“You can’t see our thoughts, but sometimes we show our feelings on our faces.”). Blackall’s refreshingly simple observations about a complex world really meet kids on their level. And it’s no wonder, considering the author spent five years asking children all over the world: How would you explain Earth to someone from outer space? Many of these helpers are pictured throughout the book, including Quinn from Australia, the inspiration for her narrator. When Blackall asked Quinn what snack he’d offer an extraterrestrial, he had an immediate answer: mashed potatoes. “Because we don’t know if they have teeth,” he said. (Recommended ages: 3-5) 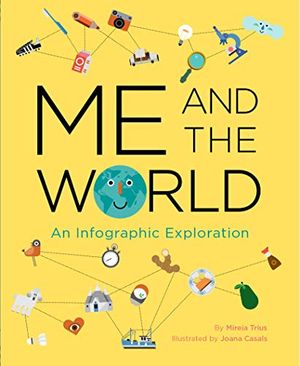 Me and the World: An Infographic Exploration

My sample size is limited to two, but if my girls are any indication, exploring a fact-filled page or two of an atlas, encyclopedia or anthology at bedtime can be the perfect end to a day. My pick in this genre, Mireia Trius’ Me and the World, is chock full of inviting infographics that can help a kid put their personal experience into a global context. What types of houses do kids around the world live in? What breakfasts do they eat? What playground games do they play? In a year where it feels we’re living in an especially small bubble, Trius’ book offers a thrilling escape. (Recommended ages: 8-12)