For most travelers, 2020 has been a complete dud. Due to stringent Covid-19 travel restrictions, countries around the world have closed off their borders to visitors, and airlines and cruise ships have grounded portions of their fleet. The closest many of us have come to actual travel is living vicariously through social media accounts and maybe a quick (and safety-filled) road trip here or there. Luckily, one of the good developments of 2020 is the sheer number of travel books released that will help ease readers’ wanderlust. We’ve rounded up ten of our favorites for the months ahead. 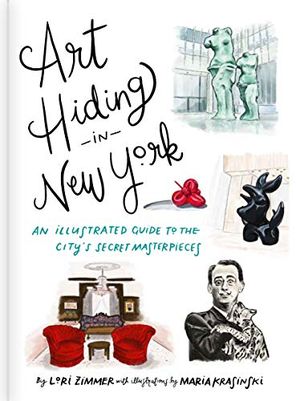 Getting fired is something most people hope to avoid throughout their careers, but for Lori Zimmer, it was a blessing in disguise. Suddenly the art curator had time to explore her adopted hometown of New York City. “I didn’t know what else to do with my time, so I started walking every street in Manhattan and began noticing the city’s abundance of art,” she tells Smithsonian. “I would go home and do research on each piece.” Her curiosity resulted in a blog called Art Nerd New York, and eventually led to this book about the city’s hidden art scene. Released this fall, Art Hiding in New York highlights artwork hiding in plain sight, from a Soho loft filled with 280,000 pounds of dirt to a World War II memorial along the Hudson River that’s hidden by the daily tides. The book couldn't have been better timed, pointing out public art, much of it outdoor and accessible, when so many art institutions faced closures due to Covid-19. Each writeup is partnered with a colorful illustration by artist Maria Krasinski. 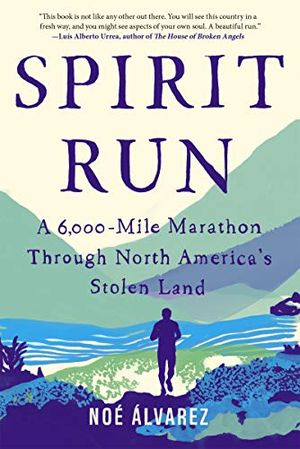 As the son of working-class Mexican immigrants, 19-year-old Noé Álvarez knew that he could easily follow in the footsteps of his parents and work alongside them at an apple-packing plant. But when he heard about Peace and Dignity Journeys, a Native American-First Nations organization that holds ultramarathons, he jumped at the chance to alter this course. The result was an epic four-month, 6,000-mile journey across North America on foot, from Canada to Guatemala, running through deserts and mountain passes alongside a group of fellow runners representing nine Native American tribes. In Spirit Run, Álvarez tells the story of his trek, and coming face to face with the same land his parents left behind in search of new opportunities in the United States. 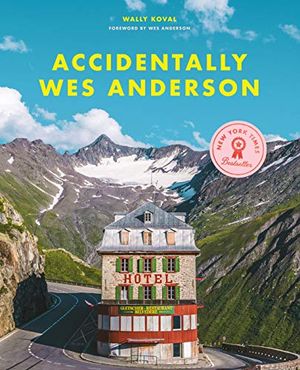 As a filmmaker, Wes Anderson has an instantly identifiable aesthetic. His penchant for a bright color palette, symmetry and nostalgia, as seen in The Royal Tenenbaums, The Grand Budapest Hotel and Moonrise Kingdom, has earned him legions of fans. One superfan, Wally Koval, created an Instagram account in 2017 called @accidentallywesanderson where he and his wife, Amanda, solicit and showcase photos from other fans of places around the globe that look eerily similar to the settings in Anderson films. The endeavor has proven so popular (1.2 million followers) that they recently created a book containing 200 color-saturated photos plucked from their social media account, with sites that include a pink-plastered firehouse in Marfa, Texas, and a sandstone and marble fort in Rajasthan, India. 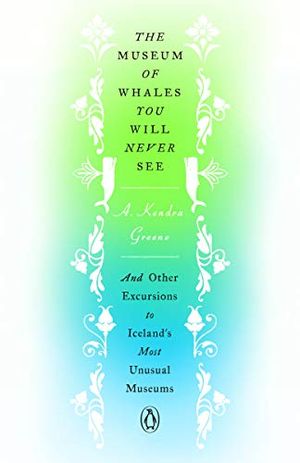 The Museum of Whales You Will Never See: And Other Excursions to Iceland's Most Unusual Museums

Despite being one of the least populated countries in Europe, with a total population of roughly 330,000, Iceland has an unprecedented amount of museums covering a range of topics, from the expected (the National Museum of Iceland, The National Gallery of Iceland) to the less-obvious (the Icelandic Phallological Museum, the Icelandic Punk Museum). All told, the country is home to 265 museums containing millions of objects. In a scavenger hunt for the peculiar, author and artist A. Kendra Greene (she's currently a guest artist at Dallas' Nasher Sculpture Garden) visits Iceland’s abundance of institutions in search of the country’s oddest artifacts. She uncovers a number of items that are truly head scratchers, including a chastity belt designed for rams, a dried bull penis fashioned into a whip and a sculpture of the body of Christ crafted out of a pile of dried fish. 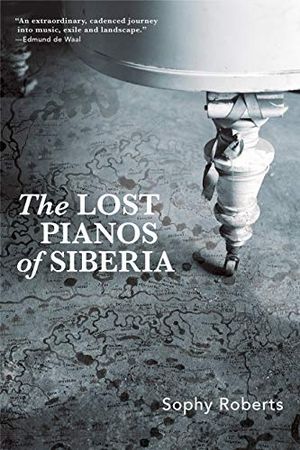 Blanketed in snow and ice, Siberia is a land better known for its harsh environment than its ties to piano music. In her debut book, author and journalist Sophy Roberts sheds light onto the desolate region’s fascination with the instrument by venturing out into the bitter cold to track down pianos hailing from their peak in popularity in the 19th century onwards. During her three-year adventure crisscrossing the snow-covered tundra, she discovers how piano playing was part of a strong cultural push to westernize the region led by Catherine the Great in the late 1700s. Soon piano music became ubiquitous with Siberia and enjoyed by all members of society, from nobility to average citizens living in remote villages far removed from the modern world. The result is a book that describes the important roles that surviving grand pianos and uprights, distributed everywhere from sleepy villages to forced labor camps established during Stalin's reign, played in Siberia's past. 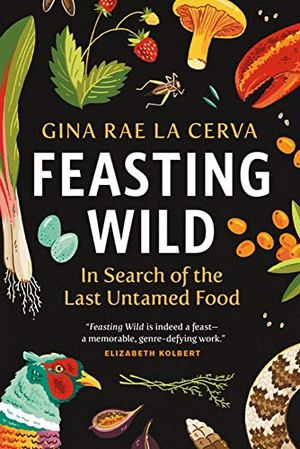 Feasting Wild: In Search of the Last Untamed Food

Foraging and hunting for food was the norm across North America 200 years ago, and people’s diets were comprised predominately of foodstuffs that were the result of physical labor. Fast forward to today and hunting and gathering is equivalent to a trip to the supermarket or a spin through a drive-thru. In this travelogue, author and geographer Gina Rae La Cerva circumnavigates the globe in search of some of the planet’s last truly wild foods. Her journey takes her to a cemetery in Denmark, where she forages for wild onions elbow to elbow with the country’s acclaimed chefs, and the Democratic Republic of Congo, where she investigates the “bush meat” trade that’s common in the region’s rainforests and results in the illegal poaching of wild animals to please the palates of Europe’s elite class. 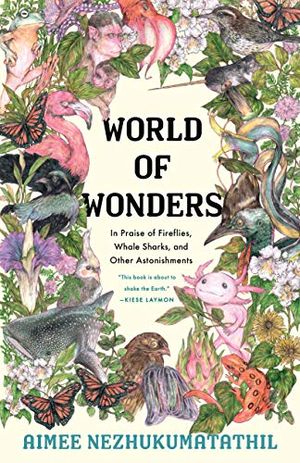 World of Wonders: In Praise of Fireflies, Whale Sharks, and Other Astonishments

For her debut book, an illustrated collection of essays about nature, Aimee Nezhukumatathil shares how, throughout her lifetime, from a child growing up in Arizona to her life today as a writer and mother, she has often sought guidance from the natural world. With each tale, the award-winning poet imparts the lessons she’s learned from peacocks, red-spotted newts, whale sharks and other creatures, and how she’s applied them in her daily life. Regarding the peacock she writes: "What the peacock can do is remind you of a home you will run away from and run back to all your life." She also has a fondness for the axolotl, or "Mexican Walking Fish." The amphibian has a wide, gentle smile, which encourages the author to smile even when things get tough. 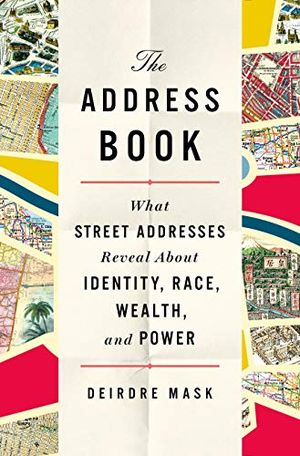 The Address Book: What Street Addresses Reveal About Identity, Race, Wealth, and Power

In real estate, it’s all about “location, location, location,” and where you live often defines your place on the socioeconomic ladder. (Case in point: Park Avenue in New York City automatically drums up notions of luxury.) Author Deirdre Mask makes this case in her book about the history of street addresses and what they all mean. From roadways in modern-day Germany named after Nazi soldiers to America’s urban areas with streets dedicated to Dr. Martin Luther King, Jr., she tells the hidden stories behind addresses, while also examining the growing global homeless epidemic and what it means to have no address at all. 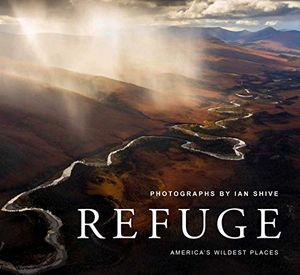 While America’s 62 national parks receive most of the accolades (and for good reason), it’s the country’s National Wildlife Refuge System that deserves a closer look. These natural expanses, of which there are 567, are some of the most pristine and untouched territories in the nation—and they also don’t draw large crowds like, say, the Grand Canyon and Yosemite. (Read: you can actually be one with nature there.) Author and nature photographer Ian Shive emphasizes his point in a new coffee table book containing 300-plus full-color images of more than 40 refuges, including the Alaska Maritime National Wildlife Refuge near the tip of the state’s archipelago, the National Elk Refuge in Wyoming and Valle de Oro National Wildlife Refuge in New Mexico. After flipping through this book, you’ll be asking yourself, “Yellowstone who?” 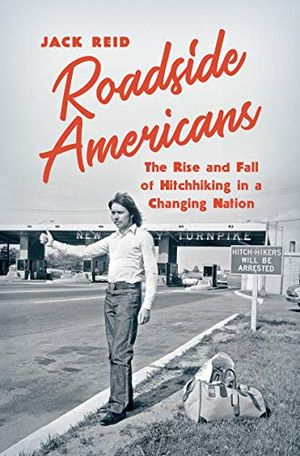 At one time, seeing someone walking alone along a stretch of open road, thumb pointed up to the sky, was a common occurrence. For many even, bumming a ride from a perfect stranger was a rite of passage. But these days, it’s a rare sight. Jack Reid, a scholar of American culture, takes readers on a wild journey through the history of hitchhiking, from its beginnings in the early 20th century, when car ownership was becoming more and more mainstream, to the hippie, feminist and race movements of the late ’60s, which viewed “thumb tripping” as an act of liberation that quite literally thumbed its nose at the status quo. He also offers hypotheses as to why the mode of transportation fizzled out right around the rise of the Reagan Era. (Plot twist: Reagan was an admitted hitchhiker himself.)