Light filters in from an open window over mounds of dough resting in Rima Timbaryan’s kitchen. Kindling crackles as it turns to ash in the tonir, and the sounds of women singing drift into the room.

Rima, Arev Yenokyan, and Gema Simonyan have been awake for hours, mixing dough forlavash, the fire-baked flatbread that is a staple of life in Armenia. They combine the dough, prep the oven, and prepare their workspace for the day’s work, occasionally breaking into songs like “Im Anoush Mayrig” (“my sweet mother”). They come together a few times each month to bake the bread, a slow and deliberate process that involves at least two bakers.


This scene takes place in Rind village, Vayots Dzor province, sixty miles south of the Armenian capital, Yerevan. Rima, Arev, and Gema are part of a centuries-old tradition led by women that has evolved and sustained itself through loss and joy, historical triumphs and tragedies. Around the hearths of Armenian homes from Yerevan to Los Angeles, women preserve and celebrate Armenian culture, memory, and identity through the production and sharing of lavash.

As in many cultures of the Caucasus and Middle East, bread and wheat are important elements of Armenian lifecycle events and festivals. Families offer bread and salt to their houseguests to welcome them. Hosts of births and weddings serve or display wheat kernels and special stews and breads. A new bride has a piece of lavash placed on her shoulders, signifying luck, wealth, and the new life she will bring into the family.

To break bread with someone is to share a common experience, and to experience Armenia you have to witness the baking and enjoy the simple pleasures of lavash. Many Armenian words and expressions derive from the simple, yet significant, act of breaking bread. For instance, the word for a gathering or party, utel-khmel, literally translates to “eat-drink.” The word for friend, enker, means “eating together.” Foods create and mark relationships and identity—wife and husband, family, community, nation.

Making lavash requires flour, water, sometimes yeast, the wood-fired tonir oven, and time, but preparations differ almost from village to village. Just as Armenia’s mountainous South Caucasus terrain creates multiple distinct microclimates that nurture diverse plant and animal species, so too did the mountains create a historic diversity in cultures and foods. Neighboring villages were isolated by cliffs and gorges, so each developed different ways of baking this seemingly simplest of foods.

This culinary range traveled with Armenians around the world. Armenian American writer Doug Kalajian recalls of his mother’s variation: “Her lavash was tremendously different from other lavash, even from the lavash baked in the next village where my father’s family was from. Hers was rich, buttery, and flaky.” Doug and his co-author Robyn Kalajian write the blog The Armenian Kitchen, chronicling food and memory through Armenian recipes from around the world.

In the United States, preparing and enjoying lavash was one of the most important ways Doug and his family expressed their Armenian identity. He remembers an aunt who refused to compromise her lavash with a modern oven:

My mother’s aunt lived in Massachusetts, where she baked her lavash in the traditional way, baking bubbly, white lavash in a wood stove. Her stove looked like a locomotive engine, it was huge. She would bake her lavash in that oven and it was fabulous. When she was older, her son and daughter-in-law surprised her with a new kitchen and an electric stove. They congratulated her that she didn’t need to build the fire anymore, just use the electric oven. She was furious. They had put the old wood stove in storage in the basement, and she went down to that basement every day to bake lavash with the traditional wood-fired stove, because that was the only way to get the same flavors and textures, the real lavash.

For the sourdough version of lavash that Rima and her friends prepare back in Rind, each batch is produced from a fermented remnant of the previous batch called ttkhmor. This yeasty starter lends lavash a slightly tart flavor and a charred, bubbly appearance.

The ttkhmor, the fuel used to feed the fire, and the methods of the baker all lend unique flavors to each batch. Each piece represents a present-day connection to the past; without the remnant from the previous baking, today’s lavash would not taste quite the same.

Once the dough is ready, they roll it thin and lay it across the batat or rabata, a wool- or hay-filled cushion used to stretch the dough and quickly transfer it to the smoldering oven.In many parts of Armenia, the oven is still stoked with bricks of cow dung and straw, which has the added benefit of repelling insects.

The baker plunges her torso and the batat with the rolled dough into the oven, smacking the dough against the hot oven wall. The lavash immediately begins to bake and bubble, puffing into its final shape. She removes it with an iron rod, then enjoys it hot and fresh or, more commonly, stacks and stores it to be eaten in the next few weeks.

Lavash is wrapped around khorovats (barbecued meats) and spicy peppers for lunch, filled with salty cheese for a snack, or topped with fresh cheese curds and sweet rosehip jam for breakfast. In a pinch, it doubles as a spoon, a napkin, a plate, or a serving bowl. Above all, it is a part of Armenian memory, identity, and culture.

In case your kitchen didn’t come with a wood-fired oven, you can also produce a passable version of lavash in a standard home oven. Here is a soft and buttery version from Doug Kalajian’s mother. Adapted from The Armenian Kitchen by permission of the authors. 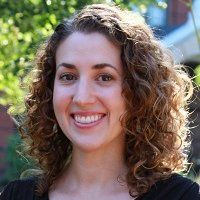