A Covid-19 vaccine is thankfully on the way, and yet the general population in the United States likely won’t see widespread distribution for several months. One way to stave off the desire to travel is to bring those destinations we yearn for into our homes through memory and taste. To set you on your way, we recommend checking out these seven cookbooks that highlight the special dishes—current and some historical—from famous hotels, inns and lodges across the country.

“[These cookbooks] really distill the essence of a time and place,” says Julia Skinner, food historian and the founder and director of Root Kitchens. Root Kitchens is a community-focused food history company that offers classes and events for both food industry professionals and enthusiasts alike. Skinner herself has studied English and American food histories, including food traditions through the lens of colonialism and social change. “They don’t just tell us what travelers ate," Skinner continues. "Those spaces that really become institutions are frequented by locals as well, so you get a glimpse into what is being served to neighbors as well as what is being presented to outsiders as the benchmark of a community’s cuisine.”

Consider cooking roast chicken and bell pepper soup to take a culinary trip to Virginia's The Inn at Little Washington, or butter-dipped radishes and duck to experience New York's The NoMad from your own home. 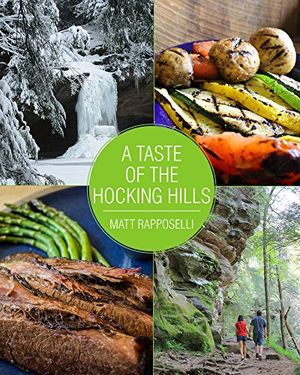 A Taste of the Hocking Hills

Chef Matt Rapposelli, the chef at The Inn at Cedar Falls in the Hocking Hills region of Ohio, actually started his career in the National Park Service before heading to culinary school. That background is reflected in the seasonal food he prepares at the Inn, and offers up in the Inn’s two cookbooks, Savor the Seasons (only available at the inn) and A Taste of the Hocking Hills. Both books are organized by season to fully embrace the Hocking Hills’ bounty. Cook anything with mushrooms—like the wild mushroom soup from A Taste of the Hocking Hills—to get the feel of being back at the Inn. The Inn at Cedar Falls opened in 1987, with a main building housing the restaurant built from 1840s log houses in addition to five log cabins from the 1800s used as rooms. Now, the inn also offers cottages, yurts, family-size lodge buildings, and bed and breakfast rooms. Rapposelli forages in early May for the morels that grow abundantly on the inn’s property and uses them in his mushroom risotto, orzo pilaf and an asparagus side dish. 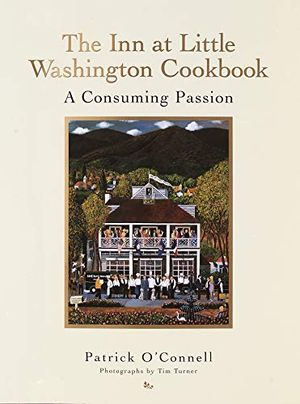 The Inn at Little Washington Cookbook: A Consuming Passion

If it weren’t for chef Patrick O’Connell, The Inn at Little Washington wouldn’t exist at all. He and his partner, Reinhardt Lynch, first opened the inn in tiny Washington, Virginia (population: 125), in January 1978, as a small restaurant operating out of a garage built in 1895. It was quickly reviewed as the best restaurant within 150 miles of Washington, D.C. At this point, O’Connell had no formal chef training—so they shut down the restaurant the following January and spent a month meeting similarly self-taught chefs at restaurants in Paris. The partners continued to operate the restaurant alone until 1984, when the first guest rooms opened on the garage's renovated second floor. Still occupying that garage and now also about 20 other buildings, the venture has bloomed into a beloved luxury inn and restaurant that is regularly rated among the best in the world. O’Connell himself is a multi-year James Beard award-winning chef. In A Consuming Passion, O’Connell takes all of the inn's best recipes—including the roast chicken, chilled black mission figs, and bell pepper soup—and transforms the fine-dining plates into dishes a home cook can easily replicate, through images, affordable ingredients and detailed instructions. 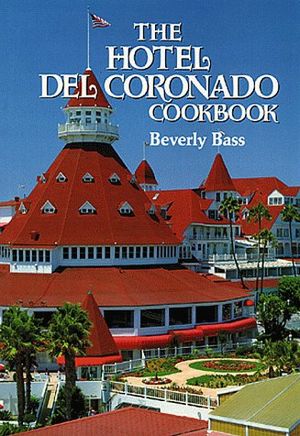 Long a home for seaside travelers and celebrities alike, the Hotel del Coronado in Coronado, California, first opened for visitors in January 1888. But the true opening date was the first night its dining room started serving: February 19, 1888. In the early days, three meals a day were included with every reservation, and the restaurant’s Sunday brunch quickly became world famous thanks to its chilled seafood bar, carving stations, eggs made to order, donut bar, and more. The Hotel del Coronado Cookbook catalogs the complete meals served at the hotel over the years—holiday specials, the hotel's centennial menu and, of course, that spectacular brunch. Some other recipes sure to transport you back to the Crown Room (or any of the other six restaurants at the hotel) include a tree made out of chocolate truffles, the crab cakes preferred by guest Zsa Zsa Gabor, the Victorian tea, and the smoked salmon pinwheels offered at on-site weddings. Cooking with Shelburne Farms: Food and Stories from Vermont

Vermont's Shelburne Farms is more than just a place to stay. The 1902 agricultural estate covers 1,400 acres and offers walking trails; educational programs about farming, agriculture, and historic preservation; a farm just for kids; and one of the original farm-to-table restaurants in Vermont that first opened in 1972. The menu at the restaurant at Shelburne Farms focuses completely on seasonal foods harvested from the farm itself and from other local producers. Those flavors and seasonal authenticity are reflected in the farm’s cookbook, Cooking with Shelburne Farms. The cookbook isn’t organized by meal; instead it’s grouped by ingredient or ingredient group from Vermont’s food history—like “Savory Milk and Cheese” and a chapter devoted completely to local Abenaki preparation of fish and game. A couple of the farm's more popular recipes included are shepherd's pie, hot milk sponge cake and roast duck legs with a sour cherry sauce. 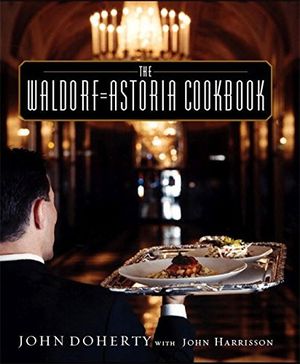 The Waldorf-Astoria Hotel in New York as we know it today was completed in 1931, but the hotel’s most famous recipe, Waldorf Salad, dates back to the 1800s. The salad, made with celery, walnuts, apples and grapes with a mayonnaise dressing, was created in the mid-1890s by maitre d' Oscar Tschirky, who worked at the first iteration of the hotel—actually two hotels built side-by-side by cousins William Waldorf Astor and John Jacob Astor IV. The recipe for that famous salad is included and updated in the hotel’s The Waldorf-Astoria Cookbook. More than 120 other recipes—like chocolate bread pudding, edamame salad, red velvet cake, and filet mignon with a bleu cheese crust—are in the book as well, transporting you back to gourmet meals eaten by celebrities, presidents and everyday travelers alike. As an added bonus, the cookbook will also help you get through the hotel's current closure; the New York location is undergoing renovations for the next two to three years. 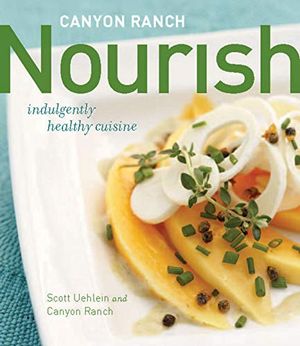 True to the ethos of Canyon Ranch, a wellness resort with locations in Arizona, Massachusetts and California that opened in 1979, Canyon Ranch Nourish focuses on natural and seasonal ingredients. Strike a downward dog in your own house instead of at the resorts’ yoga studios, and then head into the kitchen to replicate recipes like the Canyon Ranch granola, curried mussels, zahtar-crusted lamb and butternut squash tart. Beyond its more than 200 recipes, the cookbook also includes essential information about food choice and preparation, and how to set up your kitchen in the most productive way for healthy eating. The NoMad Cookbook distills the essence of the Michelin-starred restaurant NoMad—tucked neatly into New York City's NoMad Hotel—into a single cookbook, celebrating the self-proclaimed "alchemy" happening on the property. The recipes are innovative and surprising, with a photo homage in the cookbook to the city the hotel calls home. The entire idea behind the hotel and restaurant was to bring back the era of grand hotels as a community meeting space, and the food is meant to keep you returning to the restaurant. But don’t be concerned that you won’t be able to match the grandeur of the restaurant’s food in your own kitchen. The recipes in the book—clams with bacon and garlic, duck with apricots, and more—are accessible and easy to follow, complete with finishing notes to make your plating just as special as the restaurant’s. Hidden in the back of the cookbook is a smaller "bonus" recipe book for cocktails served at the bar. Because the menu changes seasonally, NoMad's bar doesn't have a signature drink—but The Start Me Up, a whiskey and rum sour cocktail, is one of the more popular ones.

Having trouble seeing our list of books? Turn off your ad blocker and you'll be all set.