Learning to Love the Hardscrabble Life on Lanzarote 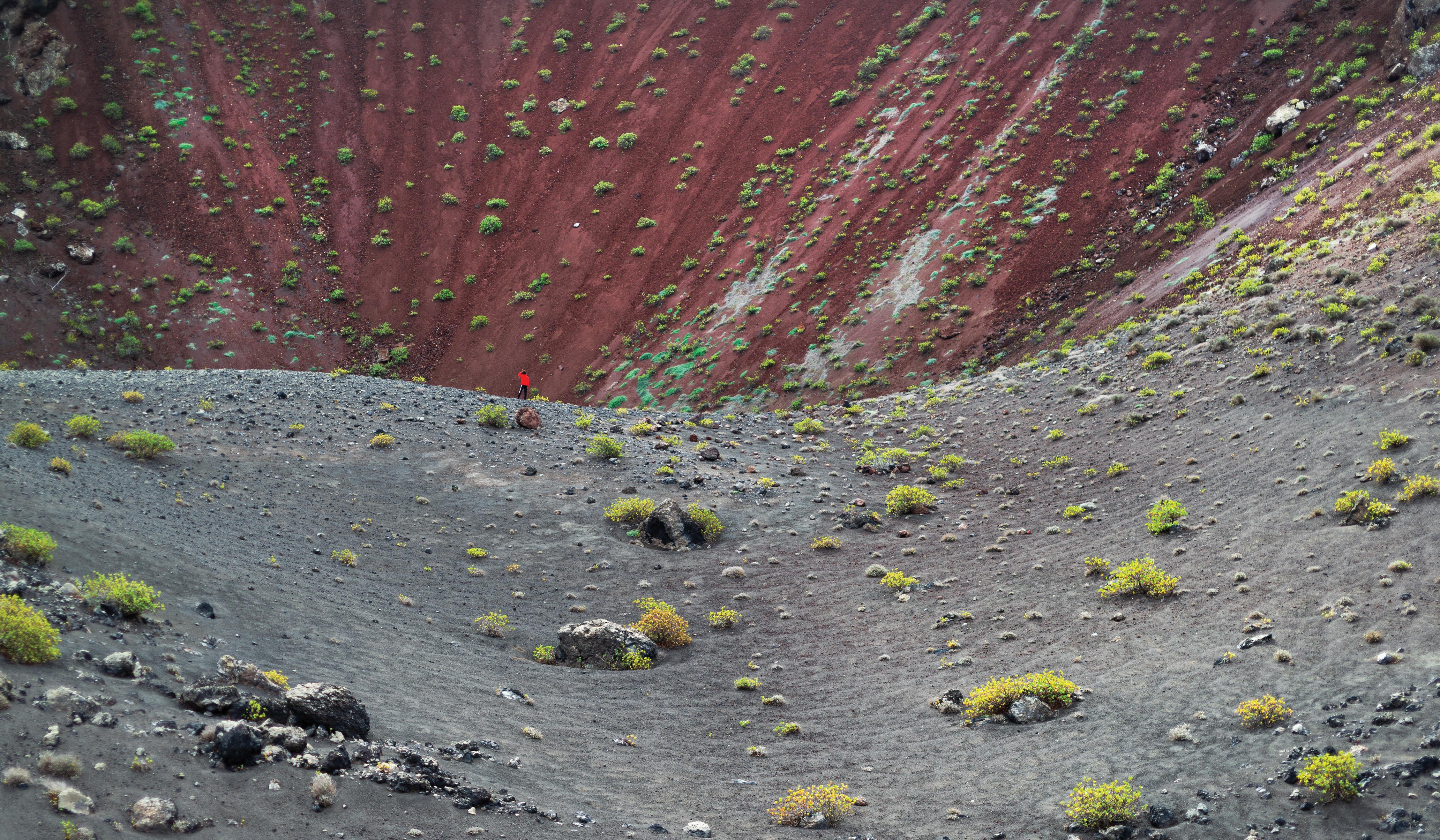 On September 1, 1730, the island of Lanzarote began to tremble. “An enormous mountain emerged from the ground, with flames coming from its summit,” a priest living on the island recalled of the first in a series of eruptions that continued on and off for six years. Rivers of lava poured over the island. Villages burned. Dead fish floated off the shore. Asphyxiated cattle fell to the ground. The night sky glowed blue and red.

Lanzarote today is the easternmost of the Canary Islands, an autonomous territory of Spain. Its volcanoes have been dormant for nearly two centuries, but visitors can still see the striking geology the eruptions left behind. “The contrast between the black soil and the white buildings was so aesthetically interesting,” says photojournalist Daniel Rolider, recalling his first visit to Lanzarote. “And then there were the holes all over the landscape. It was like looking out at a huge carpet of green and black.”

The holes are part of an innovative growing technique that’s unique to Lanzarote. Vineyard owners plant individual grapevines in the volcanic soil, in pits that are typically six feet deep and a little over a dozen feet wide. Each is surrounded by its own curved stone wall to keep in the moisture from dew and rainfall and keep out the rough, arid winds.

For the past four decades, Lanzarote’s leading industry has been tourism—its volcanic coves make great surfing beaches. But during the recent pandemic, visitors stopped frequenting Lanzarote’s restaurants and hotels. The pace of life slowed for its residents, who are mostly of Spanish descent. Locals spent the year drinking their own wines, eating their own cheeses and potatoes, and enjoying their own landscape. “This is my castle,” says painter and farmer Vicente Torres, surveying his vineyard, with its black earth and rows of holes as far as the eye can see.

Photographer Daniel Rolider, based in Israel, focuses on relationships between humans and nature.