This article is part of a series highlighting photographers who have submitted to Smithsonian.com's annual photo contest.

Josep Fabrega Agea has never forgotten the first time he set foot in a darkroom. At age nine, his father took him to Vildacens, a town close to Barcelona, to develop photo film. As he watched images emerge beneath the red light dimly illuminating the room, he felt an overwhelming sense of wonder. Throughout his career as a teacher and psychosociologist, this sensation and fascination with photography stayed with him. In 1998, Fabrega Agea began teaching a class on using photography to capture abstract art, which he calls photopoetry. Now retired, he has turned his attention to photographing the streets of Barcelona. Emphasizing strong contrasts of light and dark known as chiaroscuro, Fabrega Agea conceives and edits his images with a clear aesthetic in mind. Writing from Begues, Catalonia, he shares what moves him to press the shutter button as well as his recommendations for travelers looking to photograph his enigmatic city.

What attracts you to street photography, and in particular, the streets of Barcelona?

Through photography, I hope to catch poetic moments. I like intimate and lonely moments a lot. I search for poetic characters in atmospheres dominated by chiaroscuro. The city of Barcelona offers me all of this.

Do you prefer to photograph certain areas of the city? During a certain time of day?

Yes, I prefer medieval areas, such as the main streets around the Cathedral, or ultramodern architecture, such as the buildings around the Olympic Village and Port of Barcelona. For my style of photography, the best hours are from 9am to 12pm and from 6pm to 8pm, depending on the season.

You refer to the subjects in your photos as "characters.” I love that word choice – it makes me think of a play: “Man enters stage right.” How often do you stumble upon moments, and how often do you wait for the right character to come along?

I like to use the labels “hunter” and “fisherman." If you are a hunter, you take your camera with all setting prepared for an instantaneous shoot; you walk, and you find. If you are a fisherman, then you choose an ideal location, measure accurately all of your settings, lights and shadows, and wait patiently until the character appears. Normally, you choose a place for fishing where you can see the characters some seconds before they arrive, you can do it in the store windows or in a corner. I enjoy fishing more, but if I see an opportunity for hunting, I shoot very fast.

The image with the bubbles captures a wonderful moment. The way the bubble frames the pedestrian’s face makes me think about how, even when walking down a crowded street, many of us are caught up in our bubbles of existence and neglect to look around. What was happening up until this moment?

Behind the main character, there was a man making bubbles for money. In my framing he doesn't appear. I waited for a gesture that gave life to the first bubble, and another gesture of the other characters for the second bubble. The magic of this is that the scene is real and not real at the same time.

Has teaching influenced your photography?

I taught photopoetry [capturing abstract, architectual art forms] with no characters in the frame. I shot no people for almost 20 years! When I decided to include people in my pictures, I had a big background of poetic places, wall textures, colors, atmospheres, contrasts. Then I just added interesting characters to a photopoetic scene.

You cite Tenebrism, a style of painting developed by 17th-century Spanish and Italian artists known for its pronounced chiaroscuro, as an influence. Walk us through how you conceived this image:

I chose the location because it had three scenarios: a normal street, a dusk scenario illuminated by a narrow ribbon of light for my future character, and, in the background, a scene with neoclassical buildings of the 19th century. This lighting occurs just for a short time in the morning and afternoon. With all camera settings prepared, I knew the result would be a perfect Tenebrist picture.

To what extent do you employ post-processing to achieve your images?

I obscure parts of my pictures through contrast, blacks, shadows and curves. An important part of my process is to saturate or desaturate colors, or to modify the balance of colors until I arrive at my idea of the picture.

What advice would you give to travelers looking to photograph the streets of Barcelona?

I would advise them to draw inspiration from pictures posted to social networks by Barcelona photographers. Then go to these locations, preferably in this order: Barri Gotic, Barri del Born, Barri de Rivera and Barri de la Barceloneta. Choose the first periods in the morning and late hours in the afternoon; have your camera settings always prepared, camera in hand and… good luck!

You can start in Plaça Catalunya, then go to the Cathedral and Plaça Sant Jaume (the old Roman forum). This first walk is through the most ancient parts of Barcelona. Next, walk through six or seven streets in the direction of the sea, exploring the atmospheres, lights, shadows, buildings and characters. Cross Via Laietana Street in the direction of Mercat del Born, and walk again towards the sea in the direction of Barri de Rivera. Both neighborhoods, Barri del Born and Barri de Rivera, combine old commercial buildings transformed into bars and shops with a flavor similar to cities like Berlin or Paris. Cross the Olympic marina to get to Barri Barceloneta, a picturesque and charming place with a history of old fishermen houses and good and typical places for having some tapas.

Another interesting district is Barri de Gracia, an old village annexed to Barcelona that maintains its small village character, with hipsters, hippies, vegan and vegetarian bars and interesting shops. There are less people in this neighborhood, so finding the correct character requires patience.

You are from Begues, about an hour outside of Barcelona. Beyond the city, where are your favorite places to photograph in Catalonia and why?

Depending on your style of photography, you have lots of scenarios to choose from: natural parks, rivers, mountains, beaches, medieval cities, gothic cities, rural villages, etc. In my case, I search for contrasts in architecture, interesting locales, abandoned places, rural places and seaside places. I recommend the less inhabited villages in Tarragona province where time seems to stand still. I recommend too, near Catalonia, areas not well known by tourists, such as the interior of Castelló province and Teruel province near the Matarraña River, which is similar in aesthetic to Tuscany. Curiously, in all of these places the Catalan language is still spoken because in the past they formed part of the ancient Catalonian territory.

We discovered Fabrega Agea's work through his submissions to our photo contest. Join now to become part of our photo community! 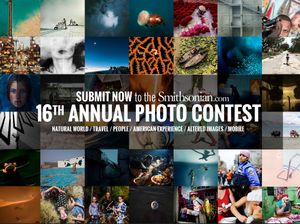