Not long ago on an early morning Austrian Airlines flight from Berlin to Vienna, a flight attendant offered my rowmate a Marillencroissant. My fellow passenger asked three times just what kind of croissant that might be. After all, not every German (or American, no less) knows that a German Aprikose, or apricot, is called a Marille in Austria, and that the fruit itself is different—and very special. But I have a translation service at my disposal (I live with an Austrian) and I intervened to explain to the puzzled passenger.

Several varieties of Marille grow only in the Danube’s Wachau Valley (the Wachauer Marille is a food with a “protected designation of origin” in the European Union). The conditions that so suit viticulture (hot sun by day, cool temperatures by night) favor these fruits as well. The skin color is more blush than orange, the flesh remarkably smooth, the size a bit larger than apricots grown further south, and the flavor a few notches sweeter. Most Austrians correctly assume the apricot came to the Danube region via the Romans, but its origins go back even further to China, where the fruit was apparently well known as long ago as 3000 b.c.; it slowly travelled west, ultimately reaching the Mediterranean.

Interspersed with the Wachau’s vineyards are orchards whose owners offer crates of the fruit onsite starting in early July. The “Original Wachauer Marille” seal guarantees authenticity. In Krems, the 2016 Alles Marille apricot festival, held in the city’s main pedestrian zone, is scheduled for July 15-16. A short distance up the Danube, in a vertiginous, fairytale Spitz (where apricots ripen a few days later) the festival runs from July 22-24 and ends with a parade presided over by “King Marillus” and “Princess Aprikosa.”

Alas, the fresh fruit—easily bruised, quick to spoil— has an ephemeral existence. But Wachau natives are experts in quickly transforming apricots into marmalades, schnapps, chutneys, and syrups sold in tourist shops and delicatessens throughout the region (an excellent one is Wieser Wachau in Dürnstein). Don’t leave without trying Marillenknoedel, apricot dumplings made with a whole fruit wrapped in a special dough and poached before being rolled in breading, browned in a pan, dusted in powdered sugar, and eaten warm. “As soon as the apricots grow, you practically need an extra chef for just them,” jokes Hartmuth Rameder of the Hofmeisterei, who went through nearly a ton of apricots in 2014. As the Austrians say, Mahlzeit, enjoy your meal. 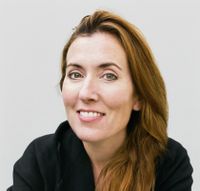 Kimberly Bradley writes for Monocle, the New York Times, the BBC, and several art magazines including Frieze and ArtReview. Her education in Austrian wines started eight years ago in the Kamptal valley where her partner, a Vienna-based artist, grew up. (Photo Credit: Andrea Stappert)