What would it look like if the devastating Spanish flu crisis of 1918 hit today? That was the question that public health experts and thought leaders came together to address at this week’s “The Next Pandemic” symposium, organized in collaboration with Smithsonian Media, Johns Hopkins Bloomberg School of Public Health and Smithsonian’s National Museum of Natural History.

On the one hand, today’s public health landscape looks nothing like 1918—thanks in part to the continued reverberations of that fateful year. The waves of influenza that claimed the lives of anywhere between 50 and 100 million people ushered in a new era of public health and epidemiology. Today we have a seasonal flu vaccine, as well as the capacity to develop new vaccines within six months of identifying novel strains. We have international disease reporting and surveillance networks to ensure that a disaster on that scale never happens again.

On the other hand, all these tools could prove useless depending on what we find ourselves facing. Even a familiar culprit like influenza—which morphs every year and still largely manages to outsmart our vaccines—could easily overwhelm the world’s current healthcare systems and resources. Nor is the pandemic threat limited to immediate dangers to public health. A crisis of that magnitude would test our infrastructure and community response, and threaten countries’ economic and political security.

So it’s no wonder that when asked the titular question of the symposium—“Are we prepared?”—nearly every panelist answered with a resounding “no.” “One hundred years after the lethal 1918 flu, we are still vulnerable,” said Tom Inglesby, director of the Johns Hopkins Bloomberg School of Public Health’s Center for Health Security. “Our public health infrastructure has improved greatly, but without a universal vaccine, a single virus would result in a world catastrophe.”

The discussion, then, centered not on whether a pandemic would occur, but how one would play out. The influenza virus remains at the top of the list of likely suspects: it’s adaptive, virulent, and seasonal flu shots are relatively ineffective. In the past 30 years, the annual death toll from the flu has ranged from 3,000 to a high of 56,000, according to the Centers for Disease Control and Prevention. “Despite 100 years of studying the virus, we really have no idea how to predict what strains will emerge,” said Jeffery Taubenberger, a virologist and senior investigator at NIH.

But the flu isn’t the only bogeyman casting a pall. Other microorganisms to keep an eye on include the family of measles-like respiratory viruses that leads to diseases like SARS and MERS, Taubenberger added. Zoonotic disease—those that jump from non-human animals to humans—are implicated in up to three-fourths of all emerging infectious diseases, and played starring roles in outbreaks from bubonic plague to HIV/AIDS to the Spanish flu, which was traced back to birds.

The next pandemic could also stem from a deliberately released, manmade pathogen. Fortunately, “the ability to detect infectious disease outbreaks and respond to them is largely the same irrespective of whether it is a natural, deliberate or accidentally caused outbreak,” said Jaime Yassif, who directs the Open Philanthropy Project initiative on Biosecurity and Pandemic Preparedness.

Some panelists expressed cautious optimism that a universal flu vaccine, while not imminent, is on the horizon. “It’s going to be incremental, it’s going to be iterative, but I think from a scientific perspective, we will get there,” said Anthony Fauci, director of the National Institute of Allergy and Infectious Diseases at the National Institutes of Health, who has most recently overseen the government’s research on the Zika and Ebola outbreaks.

No matter what the source, the flu provides a good model for how to effectively confront a future pandemic, says Andy Pekosz, Director of the Center for Emerging Viruses and Infectious Diseases at Johns Hopkins. Thanks to our experience with influenza, we know the steps that make an effective pandemic response: early detection, isolating the virus, preventing exposure, immunization and treatment to prevent death and reduce transmission. Ideally, says Pekosz, we want to develop not just one antiviral, but two or three as a cocktail to reduce the likelihood of resistance.

New York City, which boasts nearly 22,000 licensed hospital beds across nearly 60 hospitals, is on the front lines of pandemic preparedness, said Marisa Raphael, deputy commissioner of the city’s Department of Health and Mental Hygiene’s Office of Emergency Preparedness and Response. But any disease that found its way to New York would hit early and spread rapidly, due to social density and the extent to which residents rely on mass transit. “Especially with a larger pandemic, it’s going to strain hospital systems, (and) it could strain other systems like food and water and power,” said Yassif.

Mastering this kind of catastrophe will therefore demand a web of interconnected steps, including making sure the public is aware of threats far in advance. To that end, the Smithsonian is preparing to release its first public health exhibit, “Outbreak: Epidemics in a Connected World,” which opens 2018 at the Natural History museum. The exhibit will seek to explain human drivers of disease and emphasize the interconnectedness of human, animal and environmental health, said Sabrina Sholts, a curator in the museum’s department of anthropology.

Across the board, panelists stressed that no matter how much knowledge we have, it’s impossible to know where the next pandemic will originate. As Yassif put it: “We need to be prepared to be adaptable.”

For more coverage of the event, read this story from our content partner Global Health NOW. GHN is a news website and weekday e-newsletter published by the Johns Hopkins Bloomberg School of Public Health. 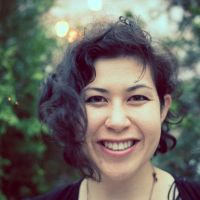 Rachel is the Science Editor, covering stories behind new discoveries and the debates that shape our understanding of the world. Before coming to Smithsonian, she covered science for Slate, Wired, and The New York Times.

The Next Pandemic Supported By