The World of Chocolate

The flowers of the cacao tree start opening in the late afternoon. Throughout the night, the small white blossoms—which grow, strangely, right on the trunk of the tree—continue to unfurl. They open fully just before dawn, and by early morning, they're most receptive to pollination. So begins the biological chain of events that makes chocolate possible.

More than a half-dozen species of organisms contribute to turning cacao's weird little flowers into chocolate candy. Fungi may live in the tree's leaves, quietly protecting the tree from nastier diseases. The flowers of the tree, known to science as Theobroma cacao, need special insects to pollinate them before they'll turn into fruits. Inside the colorful pods are cacao beans, actually the fruits' seeds, which are the raw material of chocolate. These beans need to ferment before chocolate-makers can roast them, grind them and mix them into chocolate bars.

There's something a little primitive and unpredictable about chocolate making. Pollination depends on wild rainforest insects, which means farmers can't keep domestic honeybees—or order them to come in trucks—to increase their yields. The creatures involved in fermentation are wild, too. Microbes land on the beans from the air, people's hands, passing animals and who knows where else.

"If you saw how they ferment them, you probably wouldn't eat the chocolate," says Graham Fleet, a microbiologist with the University of New South Wales in Australia. "Yet without this sort of traditional fermentation, in very crude circumstances all around the world, we wouldn't have chocolate." The $110-billion chocolate industry is working to standardize cacao-making as much as it can, with scientists trying to develop cacao-fermentation "starters" like the yeast packets a beer-maker or baker might use. For now, however, the tastiness of your chocolate depends on the whims of these wild creatures:

You wouldn't know it from looking, but a healthy cacao tree may harbor dozens of fungi species in a single leaf. The fungi are called endophytes—many plants live with them, and by definition, they don't give their hosts any ill symptoms. You have a microbiome. Why shouldn't a tree?

Recent research reveals that like a human's set of friendly microbes, a cacao tree's microbiome may bolster its health. A common leaf endophyte species called Colletotrichum tropicale may help the trees fight off a more sinister fungus that rots their pods by stimulating the trees to turn on disease-fighting genes that they wouldn't otherwise activate.

Early on, scientists figured out that most Theobroma cacao trees aren't able to self-pollinate, but for years they couldn't figure out what moved cacao pollen between trees. No wonder: It turns out that cacao flowers are pollinated by midges "not much bigger than tiny specks of airborne dust," biologist Allen Young wrote in his book, The Chocolate Tree.

Cacao-fertilizing midges mostly belong to one of two genera, Euprojoannisia or Forcipomyia, which are widespread around the world. Theobroma cacao originated in Central America, but farmers now grow the trees in Southeast Asia, West Africa, the Caribbean and the tropical Pacific. As people have brought cacao to new parts of the world, the plants seem to have found related flies to carry their pollen.

The relationship between cacao flower and pollinator is notoriously troubled, however. The proportion of cacao flowers that turn into fruits is less than one in twenty. To improve yields, workers sometimes pollinate the flowers by hand, using minute paintbrushes.

In Costa Rica, Young worked on less labor-intensive ways to improve pollination rates. He found that the numbers of cacao flowers that turned into fruits was raised slightly by leaving chopped-up pieces of banana plants around the bases of cacao trees. The rotting banana bits enticed midges to come, meet, mate and lay eggs. "The more you keep the rainforest intact around small plantings of cacao trees, the better the yield will be from pollination, because the rainforest is a reservoir of pollinators, and these pollinators can be attracted in with this breeding substrate," he says.

Once a cacao flower gets pollinated, it makes a fruit about the size and shape of an American football. The fruit has a thick shell, mucus-like flesh and white seeds. The flesh is edible and has a "lemony-lime taste to it," Young says. "It's very refreshing." Plantation workers sometimes snack on it while they work.

To prepare the cacao beans for chocolate making, workers slice open the fruit and scrape out the seeds. Then they might spread the cacao beans out on the ground, pile them up and cover them with banana leaves or put them into boxes. This is when wild microbes get to work. Fermentation lays the groundwork for some of chocolate's characteristic flavors. Chocolate made from under-fermented beans tastes bitter and sour and looks gray, not brown.

Just as with cacao's pollinators, the organisms that ferment cacao seem to be similar all over the world. Whether in West Africa or the South Pacific, the same elegant succession of microscopic critters grows on the mucus-covered beans, slowly cleaning them of clinging fruit and turning them brown. First come yeasts of the genus Hanseniaspora, then Kluyveromyces, Pichia and Saccharomyces cerevisiae—that last one is same species that ferments wine, beer and bread. These yeasts are comfortable with the cacao fruit's high sugar and acid concentrations, producing ethanol and carbon dioxide as they munch away.

As the ethanol level rises in the fermenting beans, it kills off most microbes, including some of the yeasts themselves. However, Lactobacillus and Acetobacter bacteria flourish, feeding on the ethanol and producing lactic and acetic acids, which further prevent other microbes from taking over. At the peak, there might be 100 million yeast and bacteria cells in every gram of cacao bean.

After about six days of fermentation, workers dry the beans and ship them to chocolate factories, which are usually in Western countries. At the factory, workers roast the beans to prepare them for chocolate production, and roasting kills whatever microbes may still linger on the beans.

It's not clear where the yeasts and bacteria come from, although there are plenty of potential sources: Workers' hands, the air, dirty sacks and boxes, the feet of insects that come and crawl over the beans. "It's a very uncontrolled, natural process," says Fleet. "It's probably not very efficient."

Big players in the chocolate industry would love to have better control over the fermentation process. If workers let fermentation run too long or if the temperatures aren't right, fungi and Bacillus bacteria can grow and give the chocolate funky flavors. What factories want is something like what the bread, beer and yogurt industries have—lab-made packages of essential microbes they may add to cacao beans to ensure only the right species make it into the process. There's intense research into this goal right now. Some labs have made starter cultures, but nothing yet on an industrial scale.

Fleet does his own research into which of the species that appear in cacao fermentation are essential, and which people may cut out. He thinks scientists could get a cacao-bean starter culture ready for sale in five years. Should that day ever come, it could increase the amount of useable chocolate beans factories get from farmers, perhaps improving farmers' profits or reducing the price of chocolate candies. But then the flavor of chocolates might become more uniform, too, losing a bit of the wild character that reflects their origins on small farms near the edges of rainforests all around the world. 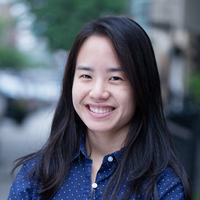 Francie Diep is a freelance science journalist based in Brooklyn. Her work has appeared in Scientific American, Popular Science and elsewhere.