It’s the world’s most popular psychoactive substance, consumed by billions every day. We love it so much, we sent a special machine to make it in space. But so far, coffee has held on to several secrets to its success. How did the plant get its caffeine kick? How does the bean produce its cherished aroma and taste? And can coffee actually be good for you?

Now scientists have sequenced the genome of Robusta coffee (Coffea canephora), which accounts for about a third of the staggering 2.25 billion cups of joe we drink each day. (The closely related Arabica species fills most of the rest of the world's mugs.) Published today in the journal Science, a paper describing the coffee genome also compares the plant’s genetic sequences with those of grapevine, tomato and Arabidopsis, a common model organism in plant biology, revealing some of coffee’s unique adaptations. With this new tool in hand, further research could help tease out answers to these coffee enigmas.

Why Would Plants Produce Caffeine?

While we may crave our morning jolt, it’s not obvious why the coffee plant would evolve caffeine in natural settings. Study co-author Victor Albert, a plant evolutionary biologist at the University of Buffalo, says there are three leading theories to explain the phenomenon.

Caffeine may stop herbivores from eating the leaves. “Caffeine actually builds up extremely strongly in the leaves,” Albert says. There have even been attempts to make tea out of coffee leaves, but it doesn’t taste a thing like coffee from the beans. It’s also possible coffee plants use caffeine to outcompete their neighbors. “The idea is that after the leaves fall, caffeine leaches out into the soil, along with other compounds, and inhibits the germination of seeds from other plants in competition for limited resources, light and space,” he says. Or caffeine may attract pollinators by giving them a buzz. “Research published in Science last year suggests that caffeine habituates pollinators. It kind of acts on them in a similar way that it does to us—keeps them coming back for more,” Albert says.

While the answer to this longstanding mystery isn't in the new study, it could be found now that we have the plant’s detailed genome. “It wouldn't surprise me if all three of these theories are correct to some degree,” Albert says.

How Did Caffeine Evolve?

Biologists have been mulling over two genetic routes to caffeine production, Albert says. One idea is that all flowering plants had the genes to begin with, and only a few began to produce caffeine in earnest. Or, caffeine biosynthesis evolved several times via unique pathways in distantly related plant groups.

The genome study backs up that second scenario. Analysis shows that the genes that brew caffeine in coffee are different from the ones that make the compound in tea and cacao. “Coffee and tea last shared a common ancestor maybe 100 million years ago,” Albert says. “Coffee and chocolate perhaps 120 million years ago. So we're talking about plants that have been separated for a very long time that have independently evolved the capacity to make caffeine.”

The plants do carry versions of the same caffeine genes, but tiny changes have triggered big differences in their biological roles. “The genes that encode caffeine enzymes in coffee have close relatives in chocolate, for example, but in chocolate those genes don't make caffeine, they make something else,” Albert says. “There's a big research area in designer enzyme chemistry, where people modify enzyme groups in small ways for them to take on completely new functions,” he adds. “That kind of designer chemistry was accomplished accidentally by these caffeine-producing plants in nature.”

What Gives Coffee Its Irresistible Flavor and Aroma?

The caffeine high isn’t coffee’s only addictive attribute. The newly described genome is also unlocking the origins of the special tastes and smells that keep people coming back for more. “Our study highlighted genes that make alkaloid compounds, which are known bitter flavors,” Albert says. “We found another group of enriched enzymes that make flavonoid compounds, which are another taste element. We also highlighted the genes involved in fatty acid pathways, so we've identified many different genetic aspects of aroma and flavor.”

Finding out exactly which genes are responsible for the most desired flavors or aromas may make it possible to produce coffee that delivers more of what we love through selective breeding or genetic engineering.

Can We Make Coffee Healthier?

Some of coffee's many compounds, as drinkers delight in stressing, have characteristics that promote human health, such as antioxidants that purportedly protect cells from damage. Recent work even suggests the caffeine in coffee helps people retain new memories. But other coffee components are less than healthy or even mildly carcinogenic. (At least it’s a myth that coffee stunts your growth.)

All of this extremely complicated chemistry may be illuminated by genome analysis, which could provide the basis for breeding or genetic manipulation strategies to maximize the good and minimize the harm found in the brew. “Anything that's known about coffee and of interest could be targeted genetically,” Albert says.

The cultivated coffee plant was born in Ethiopia, and Africa remains the center of coffee diversity. Today the plant is also a major cash crop in Brazil, Vietnam, Indonesia, and Colombia. But this worldwide production is dependent on varieties with relatively low diversity, which makes them vulnerable to threats such as disease, pests and climate change.

Dani Zamir of the Hebrew University of Jerusalem hopes the genome can be used to boost coffee breeding and keep the popular crop thriving. “The key for ensuring that coffee can survive as an affordable crop lies in the genetic variation found in African species,” Zamir wrote in a perspective article accompanying the study. Compared to many plants, coffee has very specific pathogen resistance genes, the genome shows, perhaps revealing a tactical target for agriculture's fight to maintain healthy crops.

But recent surveys in Ethiopia found what Zamir termed “an alarming rate of genetic erosion of the gene pool due to deforestation coupled with inadequate conservation efforts.” He called for use of the newly sequenced genome as a tool to monitor and mitigate these threats by spurring genomic-assisted breeding projects in coffee exporting countries—thus ensuring a future that includes high quality beans for the world's daily grind. 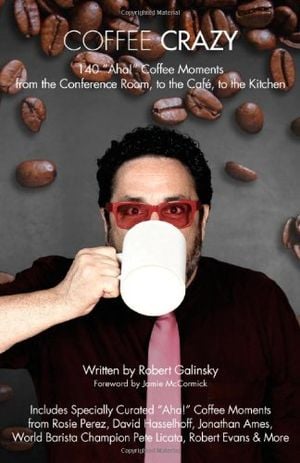 Coffee Crazy: 140 AHA! Coffee Moments from the Conference Room, to the Cafe, to the Kitchen 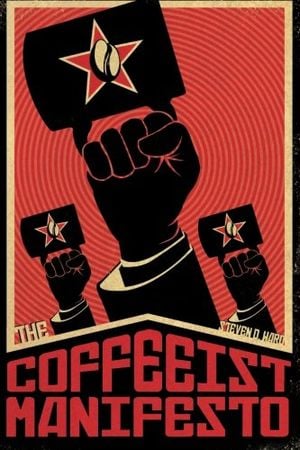