In recent years, STEM-themed toys for all ages have flooded the market, making it a little overwhelming for people to choose the most skill-based gifts for the kids in their lives. But a team of engineers has come to the rescue with a recommendation of the most thoughtfully designed STEM-oriented products on the market.

Each year, Purdue University’s INSPIRE Research Institute for Pre-College Engineering turns into a toy testing laboratory as faculty and students run mounds of toys, books and games through their paces. The highest rated products earn a coveted spot on the institute's annual Engineering Gift Guide, which is now in its seventh year.

"Play is one of the places where we can capture a kid's imagination," says Tamara Moore, a professor of engineering education and the executive director of INSPIRE. "For a child to get interested in potentially having a STEM career, you want [to] capture their imagination. Being able to have that freedom to play is really one incredibly important way for this to happen."

The gifts usually go through a strenuous review process, which includes input from parents and kids that test out the toys. But because of the Covid-19 pandemic, the process looked different this year. It was spearheaded by a team of four undergraduate students that thoroughly inspected, played with and reviewed nearly 100 toys released in the last couple of years, Moore says.

The team looked for toys that embodied the hallmarks of engineering and fostered meaningful skills, like spatial reasoning, computational thinking, innovation and creativity. "And those skills start early," Moore says. Well-designed toys can expand young learners' minds and foster these skills throughout childhood development. 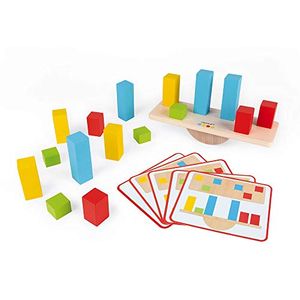 This game comes with a wooden balance beam and a variety of blocks in different colors and sizes. The goal is to add blocks to the opposite sides of the scale without tipping it. The set also comes with a variety of cards that show the various ways the blocks can be positioned, helping kids learn how to follow a basic blueprint. By repositioning the blocks on different parts of the board, kids can develop spatial reasoning skills in an engaging, intuitive way. (Janod, $27.99) 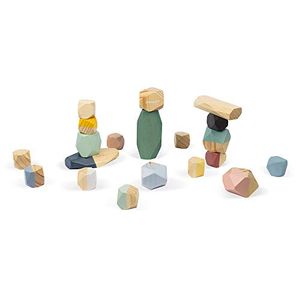 The 20 light, colorful wooden stones in this set come in a of number of sizes and odd shapes. Children are able to freely play with the stacking stones and build a variety of structures, from a simple tower to a more complex bridge. Moore says that the "stones are a perfect introductory toy for young children to explore engineering thinking and design," while also improving their spatial reasoning and building skills. (Janod, $29.99) 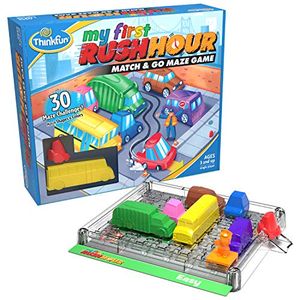 My First Rush Hour is a one-player maze game in which a child is tasked with navigating a little red car through traffic. Pick a challenge card out of the 30-card deck and then arrange the cars and trucks on the board to match the card. Then, the player has to drive the car around the other vehicles on the board and escape from rush hour. This game encourages spatial reasoning and problem-solving skills while fostering perseverance. (ThinkFun, $23.99) 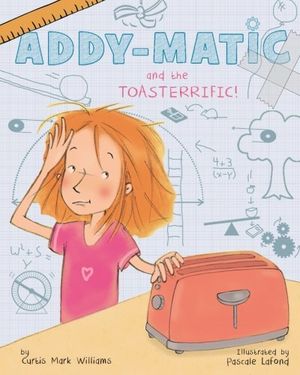 This picture book by Curtis Mark Williams stars Addy, who is not a morning person. To avoid waking up early to make breakfast, she hatches a plan to toast her bread without having to get out of bed. To do so, Addy designs her very own Rube Goldberg machine—a complicated series of steps that accomplish a simple task—with items from around her house. It's a captivating and fun story that centers around a hallmark of engineering: identifying a problem and solving it creatively. "It expresses the entire engineering process in a way young children can understand and relate to," Moore says. (CreateSpace Independent Publishing Platform, $9.99) 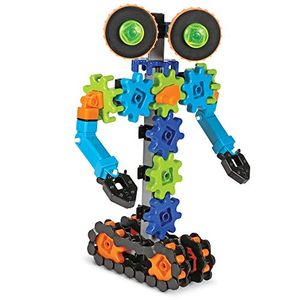 This 116-piece kit comes with gears, wheels, claws and axles for kids to build their own moving robots. The set comes with instructions to build three different robot models complete with working treads and spinning eyes, but kids can also get creative and build their own. Since this toy has lots of moving parts, they'll have to figure out how to get the robot's gears and wheels rotating, which introduces kids to basic physics concepts while improving their spatial reasoning skills. (Learning Resources, $39.99) 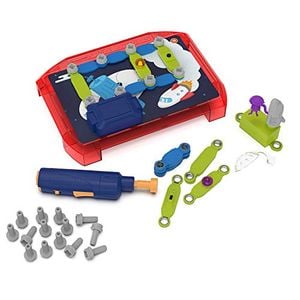 Good circuit toys are hard to find, especially for young kids, but this one is a winner, Moore says. This kit comes with an instructional storybook that walks builders through assembling various circuits using a board, a battery pack, an electric screwdriver and other tools and explains the basics of electricity flow. By following the instructions and employing problem-solving skills, kids can complete 20 space-themed missions—from lighting up a rocket to throwing a party on the moon—outlined in the book. (Educational Insights, $49.99)

Enter the Spudnet is a potato-themed board game that introduces kids to the world of cybersecurity and networking without even having them touch a computer. Players receive tasks that they must complete by moving their ships from warehouse to warehouse on the board while protecting their privacy and preventing opponents from attacking them. Cybersecurity is more important than ever, so it's a socially relevant game, Moore says. It also builds skills in critical thinking, problem solving and design. Plus, it's just good family fun. (Potato Pirates, $57) 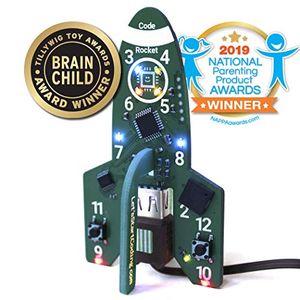 Code Rocket comes with a small, green microcontroller in the shape of a rocket that connects to a computer via a USB port. When users run the accompanying software, they'll be coached through the basics of coding through fun tasks, like lighting up certain parts of the rocket, which start easy and get progressively more challenging as young coders develop their skills. Code Rocket uses C++, a common coding language in the engineering world, so it's a great introductory tool, Moore says. (Let's Start Coding, $44.99)

WordStruct is an engineer's version of Scrabble. This word-building game comes with 100 letter tiles that players can arrange together to spell out words, but in a 3-D structure. The goal is for players to score the highest number of points by building the most complex crosswords they possibly can. Words can be arranged horizontally, vertically and diagonally, creating an extra level of complexity. This game promotes innovative thinking, spatial reasoning skills and perseverance as players are challenged to think both critically and creatively. (WordStruct, $24.99)

Gravitrax takes the beloved marble run to a new level. It comes with more than 150 pieces that include obstacles like trampolines, bridges, tiles and ziplines, allowing players to build elaborate routes for their marbles to roll down. Kids have the option to follow the layouts that come with the game or design their own. Players will engage spatial reasoning, trouble-shooting, and critical and creative thinking skills in a game that's fun for adults too. Plus, Moore says this game encompasses several of the engineering skills that she looks for in a good toy, in that "it allows children to explore both through creating their own designs and following maps that have been made [to follow]." (Ravensburger, $129.99)

Rasha Aridi is a science journalist based in Richmond, Virginia. She has written for Science magazine and Science News for Students. You can find her portfolio at rashaaridi.com.