How Wheaties Became the ‘Breakfast of Champions’ 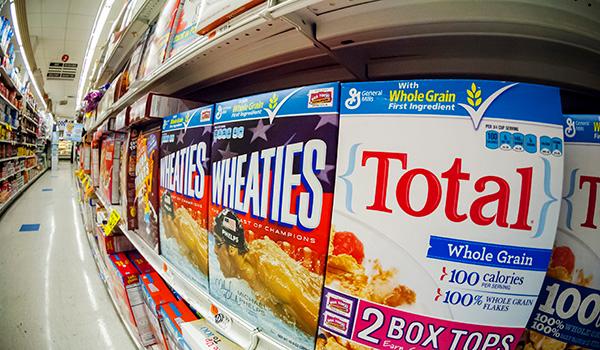 Will an American athlete from the Tokyo Games grab gold and become the next to be featured on the cover of Wheaties? Richard Levine/Corbis via Getty Images

In 1956, Bob Richards of the United States accomplished something no other male Olympian had ever done before or since: he won a second gold medal in the pole vault.

Two years later, Richards had another first: he was featured on the front cover of Wheaties. Prior to that year, athletes were only shown on the back of the cereal boxes.

Now, with the Summer Olympics underway in Tokyo, the question arises: will an American athlete from these games grab gold and become the next to be featured on the cover of “The Breakfast of Champions?”

For 100 years, Wheaties has been a source of morning nutrition and wholesomeness for Americans. The wheat-and-bran mixture of flakes has fueled the inner-athlete of countless consumers—young and old—giving them the energy to excel at their daily activities.

Almost since the beginning, sports figures—including Olympians—have been associated with the General Mills product. Using a clever marketing strategy instituted by company president James Ford Bell, Wheaties promoted the cereal as a healthy breakfast option through its association with athletics and athletes. Sports heroes have figured prominently in this approach since 1934, when Yankees’ slugger and baseball Hall of Famer Lou Gehrig was the first to adorn the back of a box. That same year, pioneer American aviator Elinor Smith, who at 16 was the youngest test pilot in the world, became the first woman on the back of the box.

“Wheaties believes that the world needs more champions,” says Taylor Gessell, brand experience manager at General Mills. “To inspire fans, the brand features athletes who excel on and off the field by putting their faces and causes on a national pedestal.”

While Richards holds the record for being the first athlete on the front of a box, he was not the first Olympian to be featured by Wheaties. That honor—in 1935—goes to Babe Didrikson, who won gold medals in track at the 1932 Olympics in Los Angeles and became a popular professional golfer.

Wheaties got its start in 1921 by virtue of a fluke. That year, a health clinician accidentally dropped bran gruel on a stove, which bubbled up into a crispy flake. The Washburn Crosby Company—which later became General Mills in Minneapolis—took that idea and turned it into the Gold Medal Whole Wheat Flakes, first introduced in 1924. The name was soon changed after an internal competition came up with the newer, catchier title.

Michael J. Lansing says there is more to the story, though. The professor and chair of the Department of History at Augsburg University in Minneapolis, who is writing a book about the history of the Minnesota milling industry, points out that the product’s development was far more calculated than that.

“Wheaties was really the result of some careful strategy by the leadership at Washburn Crosby,” he says. “The company, the largest flour miller in the United States at the time, was facing some pretty serious problems. America was turning away from white flour and wanted a more nutritious alternative.”

In the 1920s, consumers were reeling from digestive problems. Dieticians urged Americans to add more fiber to their diets, including products made with whole grains. As demand for white flour fell, leadership at Washburn Crosby looked for another way to keep the mills of Minneapolis grinding. They tried the fluke flake idea but abandoned it, then returned to it after other efforts failed.

“They circled back to it after one of the manager’s said the cereal idea could solve a bunch of their problems,” Lansing says. “They went through another round of research and development, and came up with a way to combine all the parts of the wheat kernel, along with other ingredients, into an edible product.”

At first, Wheaties wasn’t much of a hit in the market. However, the company came up with a novel concept to market the new cereal. It created a fictional character—Jack Armstrong, All-American Boy, an athlete and all-around good guy—to promote the product. He starred on a national radio program, and the new hero was featured on the cereal box.

Washburn Crosby tried one more thing to sell the cereal: a singing jingle. Sales soared after a barbershop quartet belted out the first-ever song in a radio commercial—with the simple lyrics: “Have you tried Wheaties? They're whole wheat with all of the bran. Won't you try Wheaties?” After that, the cereal became the most popular in America.

“Wheaties finally takes off as a product,” Lansing says. “They recorded the barbershop quartet and used the jingle in other markets. It was a concerted effort around sales, marketing and merchandising.”

Wheaties also played an important role in the development of sports programming on radio and later television. According to Lansing, the company convinced Major League Baseball teams to broadcast their games on the air at a time when they believed it would hurt ticket sales. The cereal advertised heavily during those games, as well as on other sportscasts in the future, and created a whole new genre of over-the-airwaves programs.

“Without Wheaties, there would be no ESPN,” Lansing says.

Though Jack Armstrong would remain popular for decades, Wheaties realized it could become a stronger brand by using real sports figures. Gehrig was the first athlete to replace the All-American Boy and endorse the cereal as healthy and nutritious.

“Wheaties has served as a staple in sports culture,” Gessell says. “Since 1934, 850 athletes have appeared on Wheaties boxes spanning decades, sports, gender, age and unforgettable moments in history. Wheaties has reserved its boxes for champions who use their sports platforms for something greater and inspire others.”

In that regard, Wheaties has been a trendsetter. In addition to first woman Elinor Smith, other important firsts include Babe Didrickson Zaharias as the first Olympian and first female athlete in 1935; catcher for the Brooklyn Dodgers Roy Campanella, first Black athlete in 1952; gold medal gymnast Mary Lou Retton, first female athlete on the front of the box in 1984; football legend Walter Payton, first Black athlete on the front in 1986; female football player Sam Gordon, 9, youngest athlete on a regional box in 2012; gold medalist Evan Strong, first Paralympic athlete in 2014; and gold medalist Jennifer Finzel, first Special Olympian in 1997.

As far as most appearances, that record belongs to basketball superstar and NBA Hall of Famer Michael Jordan, who has been on the box 18 times. Golfer Tiger Woods is second with 14 appearances.

Earleir this year, athlete and activist Tommie Smith was featured on the front of a box. He won a gold medal at the 1968 Olympics in Mexico City, then famously stood on the podium with a raised fist against racism. Smith was at first harshly criticized for his action, which was later accepted as a human rights statement.

The athlete was overcome with emotion when he learned he would be recognized on the cereal box. “As a world champion, I always wanted to be on a Wheaties box,” Smith said in a news release. “To now be recognized by Wheaties and selected to grace the cover of their box, in the class with other great champion athletes, is an honor.”And the list keeps growing. For its 100th anniversary, Wheaties is honoring superstars of the past, including three-time heavy weight boxing champion Muhammad Ali, who won a gold medal at the 1960 Olympic Games in Rome. He had been on the box cover two other times. Others will be introduced as the year progresses.

“Wheaties chose to kick off the Century Box Series with ‘The Greatest,’ Muhammad Ali, in honor of the athlete’s six core principles of confidence, conviction, dedication, giving, spirituality and respect,” Gessell says. “No one was quite like Muhammad Ali. Beyond his unrivaled prowess in the boxing ring, he was also an agent for social change, racial justice and a civil rights icon. As an indomitable boxing champion and humanitarian, Ali exemplifies the Wheaties Champion and paved the way for future champions to come.”

Who will be the next athlete to grace the Century Box Series? Wheaties isn’t saying, but rest assured it will be someone who definitely deserves the prized spot.

Editor's Note, July 27, 2021: A previous version of this article incorrectly stated that four-time track and field gold medalist Jesse Owens was the first Black athlete to appear on the Wheaties box in 1936, when, in fact, it was catcher for the Brooklyn Dodgers Roy Campanella in 1952.