Imagine this: you drive home from work, flip on the light switch, check your phone, and consider what to make for dinner. In the course of your routine, chances are you aren’t thinking about where your vehicle, light bulbs, electronics, appliances, or side of rice came from. In today’s world many raw commodities and finished goods are produced and traded globally. The items we depend on in our everyday lives, the materials we use to build our homes and roads, and the energy we consume to produce and operate them may originate from distant shores. Exports are often shipped, quite literally, on ships, creating a maritime network that reaches coastal ports around the world and supports our daily activities.

Ships are known to carry more than just the goods we knowingly load in cargo holds or containers. When plants and animals hitchhike rides on the exterior or interior of ships they can end up in exotic places far outside of their native range. Some of these traveling species survive upon arrival, forming new populations and potentially causing harm to the native flora and fauna. When nonnative species cause or have the potential to cause harm they are called “invasive”. Invasive species are a leading threat to terrestrial and aquatic ecosystems as they compete for resources, modify habitat, or prey on native species. As we ship goods and create new trade partners, we boost the opportunity for species to unintentionally move around the world. How exactly are organisms moved with ships and what types of goods drive shipping?

As a new Master of Science student in 2011, I was fortunate to be introduced to scientists in the Marine Invasions Laboratory at the Smithsonian Environmental Research Center (SERC) studying how ships transport invasive species. The following summer I was awarded a Graduate Fellowship with SERC to work with a team sampling the ballast water of ships in Valdez, Alaska. Ballast water is one of the most notorious ways that marine organisms are moved between ports. Ships with little or no bulk cargo onboard take on coastal seawater as ballast to remain stable while underway, then release the ballast water at their next port of call, potentially delivering thousands of marine organisms. During the next two summers our team continued to sample ballast water onboard ships arriving at ports on the US Gulf and East coasts. Our sampling was part of a study to determine the types of marine organisms introduced in ballast water and the effectiveness of management strategies.

To understand the types of goods that influence shipping patterns and ballast water delivery, we needed to look at data on trade between the US and other countries. During a Grad Fellowship with SERC in 2016 as a new PhD student, I learned the various ways that goods are transported on ships, became familiar with the system for classifying goods traded between countries, and studied how changes in supply and demand influence when and where different types of ships arrive in port. We closely studied the trade patterns in San Francisco Bay, California, one of the world’s most heavily invaded marine and estuarine systems. We found that exports of only a few bulk goods from Bay area ports, such as petroleum and agriculture products, explained most of the ballast water delivered throughout the bay and estuary. Further, most of the patterns we saw in ballast water delivery were driven by trade with only a few countries. Would these findings be similar in other areas of the US that export large quantities of bulk goods?

Over the past decade a boom of energy production in the United States has led to soaring exports of oil, coal, and liquefied natural gas to meet growing global demand. Many of these energy exports have departed on ships from ports on the US Gulf Coast, followed by ports on the East and West Coasts. In 2019, I spent the summer at the SERC campus in Edgewater, Maryland, researching how energy, in particular, drives shipping behavior and the opportunity to introduce invasive species. We collected data from the US Energy Information Administration, Office of Fossil Energy (part of the US Department of Energy), US Census Bureau, and National Ballast Information Clearinghouse to relate growing energy exports to growing ballast water delivery, especially on the Gulf Coast. Ironically, the Gulf Coast has relatively few marine invasions to date compared to the West and East Coasts. Only time will tell if this recent surge of ballast water has introduced new species that will survive and impact native plants and animals.

In our dynamic world, changes in consumer demand, travel, and daily routines all influence shipping. In turn, these changes influence the risk of introducing invasive species from ballast water and other vectors. In 2020 I completed a Fellowship analyzing and writing results of our recent explorations of invasive species transport with ships. As I reflect on my academic and professional journey thus far, it has been a chance to learn and share how connected our world really is. The recent global pandemic has made these connections even more clear. It will be intriguing to see in data and in our ecosystems how the pandemic, just like other world events that affect us all, influences biological invasions. As individuals, our actions and choices that seem like drops in a bucket can indeed make waves. 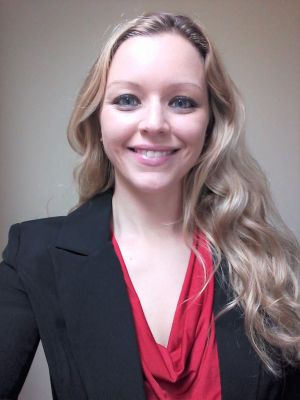 Danielle Verna was a Pre-Doctoral Fellow with the Smithsonian Environmental Research Center’s Marine Invasions Laboratory where she carried out a research project titled “US energy exports drive shipping behavior and biological invasion dynamics.” She is currently a PhD Candidate at Portland State University and a Research Associate at Alaska Pacific University.