The year is 1987 and it’s a beautiful day after a heavy rain in the cloud forest of Monteverde, Costa Rica. Lots of beautiful, brilliant orange-colored frogs found nowhere else on Earth, emerged from their underground shelter in search of a female to reproduce. But suddenly without warning, these orange frogs called Golden Toads, started to disappear rapidly in the middle of this pristine area to the point of vanishing from existence. A silent killer came and led the Golden Toads to their disappearance in 1989. After the crime scene investigation, the chytrid fungi Batrachochytrium dendrobatis (Bd) lurking in the forest is believed to be at least in part one of the killers in this story. The silent killer fungus, Bd, was described by Smithsonian’s National Zoo veterinarians working with a scientist from the University of Maine (Longcore et al. 1999). This new fungus to science was found to cause the skin disease chytridiomycosis — which leads to a ‘heart-attack’ and death to frogs and salamanders. We now know that the killer fungus originated in Asia and that humans unintentionally spread it around the world causing dramatic declines and disappearances of many amphibians. The killer fungus threatens the survival of more than 500 species of amphibians across the globe. Bd is now known as one of the most destructive pathogens ever recorded in wild animals.

Amphibians are a clear and modern example of a class facing extinction. Over time, the Golden Toad has become a symbol of the declines and the extinction of animals across the globe. About 500 species of vertebrates became extinct in the last 100 years. That is the number of extinctions that would have occurred in 10,000 years by the normal course of evolution and extinction. Unlike previous mass extinctions, the current losses of species we are experiencing are being caused, directly or indirectly, by us. For humans, this situation is critical, as large losses of animals clearly disrupt ecosystem goods and services with negative consequences on human well-being.

The story of amphibian declines has even made it into popular media such as an X-files episode – Quagmire. In this episode, Biologist Dr. Farraway reports that the frog population in a lake at the Blue Ridge Mountains has declined dramatically without explanation. This situation led Agent Fox Mulder to believe that the unexplained depletion of the frogs disturbed the normal balance of the ecosystem, causing other creatures to have a decreased food supply / search for new food supplies. It’s a reality that many amphibians around the world have been declining and disappearing, even in pristine areas, at an unprecedented rate. Around 40% of amphibian species are threatened with extinction, and many are already extinct. This horrifying situation has been attributed to outbreaks of the silent killer Bd together with factors such as habitat alteration, environmental contaminants, and climate change. Unfortunately, apart from the X-files’ Fox Mulder, many people still do not know why the loss of amphibians is important and why it is relevant to protect them. Not only are we losing the beauty of these frogs and salamanders, but their disappearance will result in irreversible consequences to ecosystems, which impact the quality of human life as they are vital for the functioning of the ecosystems. Amphibians serve as food for many animals such as snakes and birds; frogs eat mosquitoes; and they contribute to medical advances – these are just a few reasons why we must protect them!

It has been three decades since scientists realized amphibians were dying and disappearing around the world, even in pristine forests. This horrible situation has put scientists on alert to protect and save amphibians from further extinctions. Surprisingly, some species that were thought to be extinct after the declines have been rediscovered years later in small and isolated populations. Sadly, the Golden Toad is not on the list of rediscovered species and only remains in the memories of those that last saw it. However, I do not lose faith that one day we will write its name on the list and my son will have the opportunity to appreciate this magnificent creature with his own eyes. These near-extinct species seem to be recovering - still not far from the brink of extinction, and this gives some hope for amphibians in these darker times. These surviving species seem to have developed a resistance to the silent killer Bd. We could say that is good news, but it does not mean that we do not have to do anything about this pathogen, as species survival is not yet guaranteed. We are still dealing with a disastrous killer pathogen and finding solutions to stop it is one of our greatest conservation challenges. Scientists have been making strong efforts to understand how these rediscovered frogs are now able to fight this pathogen on their own. The main objective of this information is to be used to help protect those species whose survival is at risk from this pathogen.

I had the privilege to find a frog that came back from the dead, so to speak. This was during my doctoral studies, investigating the skin microbiome of a rediscovered amphibian, the green-eyed frog Lithobates vibicarius, in the rainforest of Costa Rica. During the fieldwork of my PhD project in Juan Castro Blanco National Park, my collaborator Gilbert Alvarado and I, rediscovered a species declared “EXTINCT” by the IUCN, the robber-frog Craugastor escoces. This frog reappeared after 30 years of not being seen and 12 years of being considered “Extinct” – maybe another possible victim of the silent killer. Even more exciting, the last sighting of this frog preceded the last sighting of the Golden Toad by only three years! I will never forget the day we found this incredible animal. We spent hours in the middle of the night looking at this secretive frog trying to digest and believe that what we had in front of our eyes was really a Lazarus species – named after the biblical story in which Jesus raises Lazarus from the dead. I felt very lucky to have the pleasure of holding in my hands a beautiful individual of a species that we once thought had vanished from Earth. I felt more enthusiastic about continuing my professional life as a biologist in the area of amphibian conservation.

Unfortunately, another deadly killer pathogen emerged in 2008 attacking mainly salamanders and threatening their future survival. This new pathogen is called Batrachochytrium salamandrivorans (Bsal) and is a relative of the chytrid fungus Bd. Scientists believe that Bsal originated, like Bd, on the Asian continent. So far, it has spread in Europe through salamanders and newts imported from Asia for the pet trade. We know that this pathogen killed nearly 96 percent of the native fire salamander population in the Netherlands, with individuals dying of ulcers and sores similar to those caused by Bd. In the United States, a hotspot of salamander diversity, authorities have already begun taking action against the possible introduction of Bsal. In 2016, the United States Fish and Wildlife Service banned the import of many species of salamander that could introduce salamander-eating fungus, Bsal. Scientists from the Smithsonian National Zoological Park and Conservation Biology Institute (NZP-SCBI) found that this novel pathogen, Bsal, is not present in pet salamanders in the US (read more). The risk of introduction of Bsal remains, with the potential for it to kill many wild salamanders and wipe out entire populations. We are really terrified of what Bsal can do to amphibians, as we have seen what Bd has done. That is why research and conservation actions are necessary before Bsal gets out of hand like we are experiencing now with the COVID-19 pandemic affecting global human health.

The amphibian declines and disappearances are real. There is no doubt that there will be more emerging infectious diseases impacting these animals if humanity continues to destroy habitats and trade animals around the world. What is at stake is the fate of many living amphibians, along with the environmental stability that these beautiful animals support. There is the glimmer of hope for amphibians with the rediscovery of some ‘extinct’ species and the recovery of many across the world. But, it ain't over till it's over, the killers still out there lurking and waiting for the perfect moment to kill. Research and conservation efforts are necessary to protect amphibians from extinction and support is constantly needed. For instance, a research and conservation project investigating protective mechanisms against chytrids in Appalachian salamanders is being conducted by Smithsonian researchers from the National Zoological Park and Conservation Biology Institute in which I am now involved (read about salamander’s research and conservation project). Also, an increasing number of amphibian conservation actions are taking place around the world involving zoos (e.g. amphibian rescue project by the Smithsonian National Zoo), universities, organizations and local communities, and there are different ways to be involved (read about amphibian conservation efforts around the world). Amphibians need our support before the window of opportunity closes, as many think it has already closed for the Golden Toad. 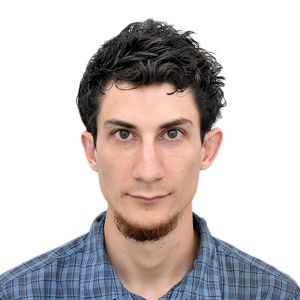 Randall Jiménez Quirós is a postdoctoral fellow at the Smithsonian National Zoo’s Center for Conservation Genomics collaborating with the researchers, Dr. Carly Muletz-Wolz and Dr. Brian Gratwicke, along with other collaborators. He studies the skin defense in Appalachian salamanders against the chytrid pathogens Batrachochytrium dendrobatidis and B. salamandrivorans. Particularly, he investigates how the host skin bacteria and peptides interact and influence the infection of these two pathogens in species that differ in chytrid susceptibility. He also studies the functional importance of host-secreted mucus on pathogen-killing ability to better understand pathogen resistance. Randall is a tropical biologist from Costa Rica with a master’s degree in wildlife conservation and management. He performed his doctoral studies at Ulm University in Germany. Over the past years, he has been working with the skin bacterial communities of endangered amphibians of Costa Rica. His work with amphibians seeks to provide important information that seeks to support amphibian conservation and management actions.