That’s no Moon, it’s a space station—or, rather, a satellite.

With its spherical shape and piecemeal construction, it’s easy to see similarities between the Telstar satellite on display at the Smithsonian’s National Air and Space Museum and the infamous Death Star of the Star Wars films. Aside from a passing resemblance in design, both pieces of technology also address a larger question that has been a focal point for humankind in reality and fantasy: what does space mean for humanity?

To borrow a dichotomy from the Star Wars universe, Telstar and the Death Star sit on opposite ends of the light side and the dark. Telstar, the first active communications satellite, enabled transatlantic television broadcasts for the first time. It launched in 1962, at the height of Cold War tensions between the United States and the Soviet Union, as an “antidote to the possibility of nuclear war,” space history curator Martin Collins said. From the beginnings of the design process through its launch, Telstar was meant to push back against the threat of nuclear war and demonstrate the United States’ willingness to share its civilian space efforts with the public.

“One of the worries that existed as our nuclear weapons became ever more powerful and could travel intercontinental distances in less than 30 minutes was that improved communications might help ease tension and misunderstanding,” Collins said.

While Telstar put forth a vision of space as a place for connection, communication, and peace, the Death Star represents a stark contrast. As space history curator Jennifer Levasseur said, the Death Star is “the ultimate weapon fulfilled in a fantasy world,” a perspective that was likely shaped by the Cold War era’s weapons of mass destruction.

Star Wars director George Lucas, and the other artists and conceptual designers behind the look and feel of the original trilogy, grew up during the height of the Cold War and were heavily influenced by the Vietnam War. This period of conflict shaped their perspectives and portrayal of combat, and the Death Star in particular.

“Star Wars premiered in 1977, at a moment when the Vietnam War ended and Cold War tensions were diminished, but there was still this intense fear about nuclear weapons,” Levasseur said. It’s easy to make the connection between that fear and the concept of the Death Star as an all-powerful, incredibly destructive weapon.

Moreover, during the Cold War era, Telstar quickly entered into public consciousness—it’s likely that Lucas and the rest of the team behind the film would have been aware of it. The satellite’s launch was a big deal. Pope John XXIII took an interest in it, and it was the inspiration behind a one-hit-wonder chart topper aptly named “Telstar.” It was widely covered in the press in the months before its launch, part of the United States’ campaign to show the openness of its space program. By circumstance, Telstar was active in the summer of 1962 and provided television coverage to Europe of the aftermath of actress Marilyn Monroe’s death in August.

Technological breakthroughs like Telstar, coupled with the surge of space science fiction, influenced the art of the 1960s and 1970s, leading up to the time when Star Wars was in its early development.

“Lots of science fiction authors were coming up in that time period, along with a series of artists who are really active in creating visuals for book, magazine, or comic book covers,” Levasseur said. That’s the origins of the Death Star as we know it—from an artist named John Burkey whose painting of a mechanical planet inspired the aesthetic of the Death Star and the eventual models made by designer Colin Cantwell.

Even Obi-Wan’s iconic line from Star Wars: A New Hope (“That’s no moon. It’s a space station.”) connects to the way that satellites like Telstar were talked about in pop culture. Sputnik, the first satellite, was referred to as a moon. There’s a connection to the design of the Echo I satellite, too, which launched in 1960. “It was essentially a gigantic, inflatable balloon with a reflective surface,” Collins said. “The idea was that you could send radio waves up and bounce them off of this artificial moon, and the signal would come back to the United States.” There was even a post-World War II experiment to determine if the U.S. could send messages across long distances by bouncing radio signals off of our actual Moon.

Aside from the Death Star as a conceptual opposite to Telstar, there are some other unique connections to the way each piece of technology operates. The Death Star, as a “mechanical planet,” has a similar piecemeal design to Telstar. The surface of Telstar is composed of smaller pieces, creating what Collins describes as a “semi-patchwork quality,” partially because of testing purposes. There may have been value in being able to test and change specific parts of the satellite, not just “wrapping it up and sending it off into space,” Collins said.

The designers of the Death Star had a similar idea. As Levasseur notes, Star Wars literature explains that the Death Star was designed in disparate places across the galaxy by disconnected groups of engineers (the opposite of the collaborative lab where Telstar was created), controlled and understood by only those at the top of the Galactic Empire. It was then built in sections and pieced together. The Death Star had multiple features to its design, but had one key component that absolutely had to work for it to be a seemingly unconquerable weapon—the laser. Testing that last piece of the Death Star is an important part of Star Wars canon. “It’s the dramatic element that you see play out in Rogue One and in the beginning of A New Hope. It’s not just a hyperspace-capable space station, but truly something for the whole galaxy to fear when it unleashes that level of destructive power,” Levasseur said.

So, while the Death Star was no moon (and not quite a space station, either!), there are similarities between this fictional mechanized planet and the real satellite to which it bears a resemblance. However, where it falls on the dark side is another matter entirely. By Yoda’s standard, a Jedi uses the Force for “knowledge and defense, never for attack.” Unlike its fictional counterpart, Telstar—as an antidote to nuclear war, and a form of new international communication—was a real force for good. 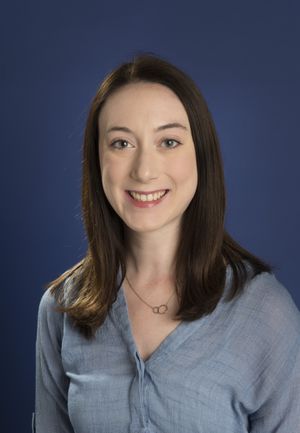