This Museum Is Asking People to Remake Famous Artworks With Cake

Through its annual bake-off, the Blanton Museum of Art in Austin, Texas, provides a fun way for the public to engage with its collections 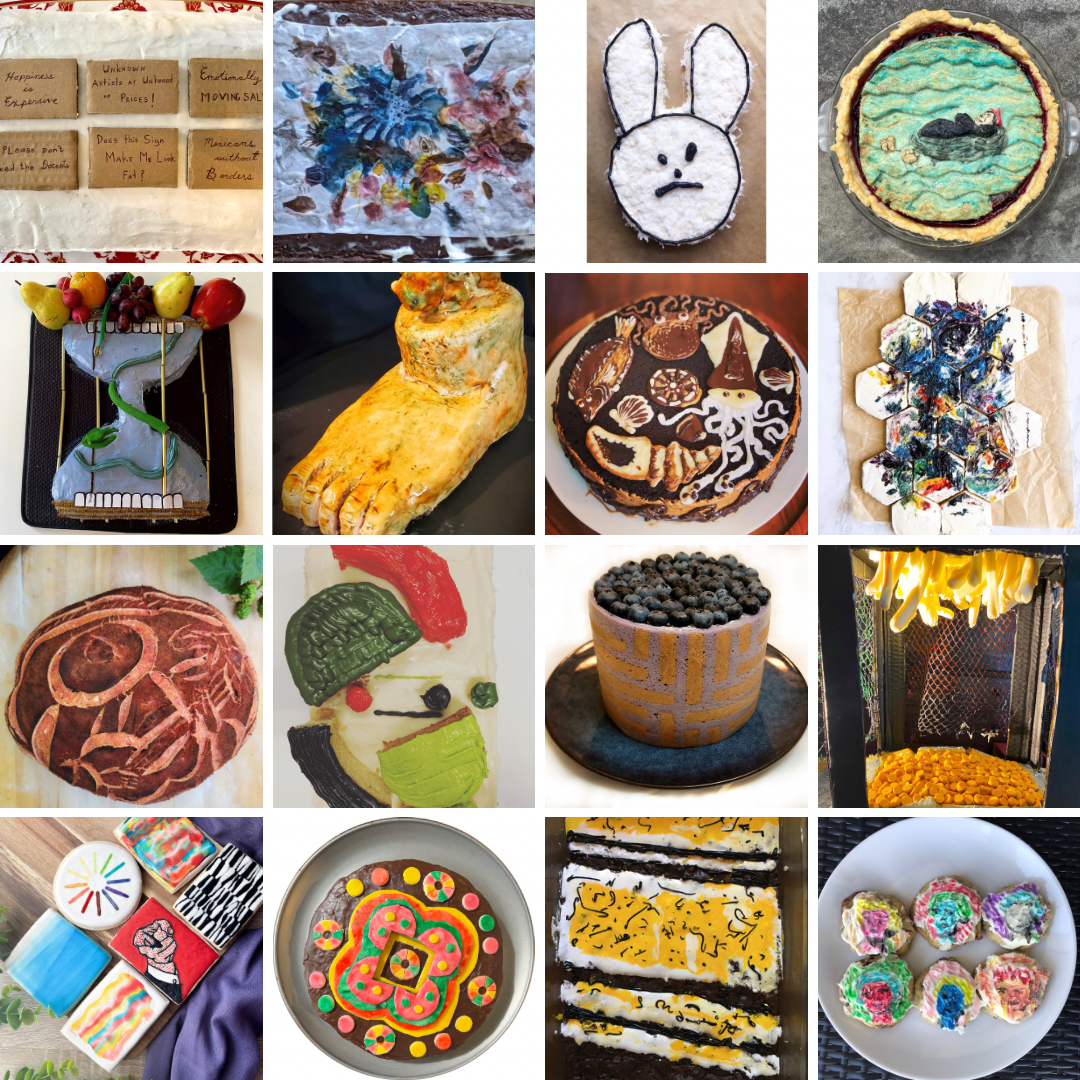 This year, sixteen bakers delivered on the challenge. The Blanton Museum of Art

Is it cake? Is it art? Is it both? For its third consecutive year, the Blanton Museum of Art at the University of Texas at Austin hosted its Great Blanton Bake-Off, and 16 bakers delivered on the challenge—to recreate any of the 21,000 works, from Italian Renaissance paintings to Latin American prints, in the Blanton’s collections, in cake form.

Lizabel Stella, the museum’s social media and digital content manager, came up with the Bake-Off idea at the outset of the Covid-19 pandemic, when the museum had to temporarily close for three months. At the time, Stella, like many in lockdown, found herself scrolling through social media more than usual, and noticed how people were turning to baking as a therapeutic and fun activity.

“I was thinking, people can’t come to the museum, and people love baking. How can I blend these together?” Stella said early this month.

A baker and fan of the Great British Baking Show, Stella cooked up the idea for a virtual contest that would encourage the public to engage with the museum’s collections from home. To participate in this year’s competition, bakers accessed the museum’s online catalog to select an artwork to reimagine and entered in one of three categories: Under-18, Amateur or Professional. Then, contestants had to upload photos of their creations to either Facebook or Instagram (or both) by May 15 and tag @blantonmuseum and #BlantonBakeOff. The museum shared the cakes with the public on World Baking Day (May 17) through social media stories, and the “virtual audience” had 24 hours to vote for their favorites. The winner of each category received gift cards from local pastry shops, like La Patisserie and Quack's 43rd Street Bakery, as well as Blanton membership packages.

“Art can be quite conceptual. And baking is tangible—so, in a way, it's a different way to consume art,” said Stella. “Unlike baking, art doesn't necessarily engage all the senses—you can't necessarily smell art, you can't necessarily taste art, and you definitely can’t touch art. But with baking, you can do all those things. And it is a nice way to bring it together, especially those that maybe aren't as familiar with art or the museum.”

The first time Blythe Johnson, winner of this year’s amateur category, baked a loaf of bread was in elementary school. She eventually started making cookies, cupcakes and pies—her “family are pie people.” But the 40-year-old Austin resident, whose day job consists of medical billing, decided to cut gluten and dairy from her diet a few years ago in order to combat chronic illness. She took a step back from baking, until watching baking competitions, like the Great British Baking Show, rekindled her interest. She was in awe of the contestants’ creations. Yet, it wasn’t until she heard about the Blanton Bake-Off that she decided to give baking a cake a try.

“When the Blanton Bake-Off came out in 2020, during the first year of the pandemic, I thought, I have some free time, why not spend it trying to compete? It was such a rewarding experience that I’ve continued to do it every year,” said Johnson, who has won the amateur competition for two years in a row.

For each Bake-Off, Johnson sets a goal or picks a skill she wants to learn to avoid being overly focused on winning or losing. This year, after seeing that the Great British Baking Show featured the “Joconde Imprime,” a decorative design baked into a light sponge cake, she knew what her next Bake-Off entry would be.

“I was immediately interested in an Untitled piece by New York artist Mac Wells when I was looking through the museum’s catalog,” Johnson said. “The colors of the painting made me think of blueberry and almond, and the rest just fell into place after that.”

The cake, which had layers of blueberry almond sponge, lemon curd and whipped cream, was a challenge for Johnson. She made the joconde five or six times to achieve the perfect colors to match the artwork, and worked endless hours, broken up over a two-week period, to finish the cake.

Meanwhile, 15-year-old Georgia Chido, who won the Under-18 division, was drawn to the bright and colorful nature of a textile work by Venezuelan artist Luis Montiel.

“The design itself required a lot of problem-solving,” said Chido’s mom, Linda Chido, who is an artist herself. “In interesting ways, Georgia used bottle caps to cut out fondant to make some little circles.”

This was Chido’s second time participating in the competition, and she entered determined to win.

Since all members of her family are gluten-free, Chido made sure that the cake was safe for everyone to eat. (Contestants on the Great British Baking Show have also made gluten-free desserts—in fact, in the 2020 series of the show, Peter Sawkins, the competition’s youngest ever winner at 20, amazed the judges with his gluten-free chocolate and orange battenberg.) Chido made the fondant herself and then did all the color-matching to ensure that the cake’s hues accurately reflected those in the tapestry. “I got food dye all over my fingers!” she said. Then, she glazed the cake with chocolate.

“I made the cake in two days,” Chido said. “The cake and fondant one day, because the fondant needs to sit in the refrigerator for an entire day, and then I decorated it the second day.”

Last year, Chido’s submission to the Bake-Off was inspired by Chilean artist Malu Stewart’s piece titled Mapa. “When I posted Georgia’s cake online for the competition, I tagged the artist, and she sent such a sweet message through Instagram to Georgia,” Linda said. “Like, how wonderful is that? The art world is such an incredible place.”

Hannah Erwin, founder of HC Confections and a business administration and marketing student at Texas A&M University, took top prize among the professional bakers with dessert imposters of six pieces from the Blanton’s collections, including vibrant geometric, abstract and pop art works.

At the heart, the Bake-Off is about having fun, Stella explained.

“We're going through a lot of hard things and political stuff right now. It’s important to remember that it’s okay to take a break—not to ignore the things that are happening, but to make time for the things that move you,” said Stella. “This moves me. I'm gonna make a cake. It's very simple.”