There have always been food trends, says Libby O’Connell, author of The American Plate: A Culinary History in 100 Bites. Before hamburgers and sushi, there were centuries of epicurean staples, including eel pie, pear cider and syllabub, foods that have since dipped in popularity and might seem a little, well, unconventional, in today’s diet.

O’Connell attributes the rise and fall of different delicacies to, among other reasons,  overharvesting of certain foods, the shift from active to sedentary lifestyles and a greater focus on convenience over time.

Many of the earliest foods that became deeply ingrained in American cuisine were carried over by English settlers who had affinities for items like oysters and turtles. As immigrants from around the world came to the U.S., they adapted dishes and drink from their home countries, creating new offerings such as chow mein and salsa, which became integrated into the broader menu of options. 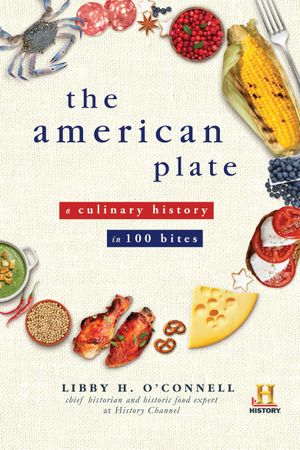 The American Plate: A Culinary History in 100 Bites

From the chief historian at HISTORY® comes a rich chronicle of the evolution of American cuisine and culture, from before Columbus's arrival to today.

While today food fads are fleeting and capricious –think the cronut–in the past, trends emerged that fulfilled key dietary or financial needs. Squirrel supplemented the protein of frontier families who needed meat to bolster their stews, while canned SPAM offered an inexpensive alternative to fresh options during challenging economic times and World War II.

Unfortunately, many prevalent dishes lost steam mostly because they became too popular and the ingredients they needed, scarce. Others disappeared because a more accessible option took their place or they were simply no longer needed. Here are seven lost foods highlighted in O’Connell’s book that were once go-to options, but have since faded from mainstream diets.

Sushi may be the most common use of eel today, but a few hundred years ago, eel pie was in high demand. Early Americans in 17th and 18th centuries loved eel, says O’Connell, so much that they harvested them everywhere from Cape Cod to local streams. Back then, eels were such a hot commodity, lobsters served as bait. This particular seafood originated in England, where it has been well loved for centuries and still remains popular, a highlight at “pie and mash” shops.

The decline of interest in savory eel pies was spurred by a corresponding decline in eel supply, which was once plentiful. Over time, Americans have also moved away from eating animals which are consumed in their natural form, notes O’Connell. People are increasingly less interested in seeing what their food actually looks like.

Today, although eel has seen resurgence in popularity driven by the rise of sushi, the dearth of supply continues to pose an obstacle. The aquatic delicacy has been classified as endangered on the International Union for Conservation’s Red List of Threatened Species. Because supply of the seafood has run low in Asia, there has been significant poaching in the United States, further depleting regional resources.

Perhaps not presently seen as the most appetizing creature, beaver tail was once a delicacy among American Indians and European trappers during the 17th century. The food’s ascent to popularity was primarily fueled by its utility. Those out traveling in the wild urgently needed food that was high in calories and fat. Beaver tail was readily accessible and happened to fit the bill. Beaver pelts were also a valuable commodity given their use as material for warm, luxurious garments.

O’Connell compares the taste of roast beaver tail, cooked over an open fire, to that of pork rinds. This dish was still appearing in cookbooks through the 1940s, but has since disappeared. Heavily hunted for their coveted fur, beavers have become significantly more rare, although their population has recently stabilized thanks to conservation efforts.

The role that beaver tail served isn’t quite as necessary any more. “We don’t even think of beaver tail now,” says O’Connell, “The idea that you need fat calories seems counter to a culture that spends most of its time sitting.” Ironically, while beaver might no longer be on the menu, people continue to consume enough fat calories from other, more processed sources. Beavers are much less convenient to prepare and cooking them requires cleaning of their scale-like exterior and dealing with smelly glands. As a result, people have opted to indulge in something more accessible, like Oreos.

Before beer took off, the preferred alcoholic beverages of choice were apple and pear cider, the latter of which was also known as perry.  This interest partly stemmed from the fact that settlers didn’t have as much expertise when it came to beer brewing and cider proved easier to make. Cider ingredients, namely the fruits required, were also conveniently on hand, given the orchards the settlers had planted upon arrival, although pears did prove more challenging to grow than apples.

Made in late fall because the cooler climate was conducive for storage and fermentation, perry was a sweet, crisp beverage. It met its demise in the early 19th century when German immigrants introduced lagers, which became a more popular alternative. Interestingly, although hard apple-based ciders have made more of a comeback in recent years, pear cider has fallen somewhat into oblivion.

A fresh, leafy spice, sassafras, is mostly used today in Creole cooking as seasoning for dishes like gumbo and roast chicken. However, during the 17th century it was the second most valuable export in Virginia, only behind tobacco, not solely due to its culinary uses, but also because of suspected medicinal properties.

Native Americans had been drying and powdering the spice for different healing remedies, so English settlers treated it as a cure-all—most notably for syphilis. Unfortunately, it wasn’t quite as effective as initially believed, so the bottom fell out of the sassafras market, says O’Connell.

The pungent flavoring lived on during Temperance, as a key ingredient for drinks like root beer and sarsaparilla. However, safrole, a chemical in sassafras oil was found to be carcinogenic and banned by the FDA after the 1960s. The leaves where modern-day seasonings are derived have a much lower concentration of the offending substance. Additionally, the sweet flavoring, sans safrole, can still make a tasty tea or syrup.

Wine has long held the connotation of being an upper-class and more expensive alcoholic beverage ever since the days of the founding fathers, when it had to be imported from overseas, a costly venture. For many years, no one stateside had quite figured out how to produce it using American grapes. In order to make precious wine stretch further, an almost milkshake-like drink called the colonial syllabub was invented, first emerging in the 1500s and maintaining a household presence into the 19th century. A syllabub was a frothy beverage made of whipped cream, sugar, and wine or brandy.

Interestingly, it shares many elements with eggnog, given the combination of dairy and alcohol, but O’Connell believes the use of wine may have been why the drink has not lasted until today. She notes that wine was popular among elites like George Washington and Thomas Jefferson, but many of the American traditions that have endured are based instead, on what are perceived as more egalitarian spirits, much like eggnog and its use of bourbon.

These shelled reptiles were a tremendously popular European delicacy that had ample supply in the New World. Turtle roasts held along the East River in New York served as trendy society events during the 1800s, O’Connell notes, often featured as the main protein of a hearty soup.

However, as with many popular creatures, the reptiles became victims of overharvesting and various species of turtle are now classified as threatened and endangered. Today, turtle soup is still served in New Orleans and a few other places in the southern United States, but it is not quite nearly as common as it once was.

Developed during the Gilded Age, this oyster dish is set apart by a signature and secret green butter sauce that garnishes the raw oysters, intended to be reminiscent of the color of money. The recipe was invented in Antoine’s Restaurant in New Orleans in 1899, a time when many chefs aimed to create foods that were “rich” and “luxurious” in flavor as symbols of the outrageous success and wealth that scions including John D. Rockefeller and Andrew Carnegie had achieved.

Like Baked Alaska, an elaborate ice cream filled cake with meringue coating, these oysters and their sauce especially, were over-the-top food embodiments of wealth incarnate. Oysters Rockefeller is still served in some restaurants, although the dish is not quite as in vogue as it was during its initial debut and it’s rumored the original recipe has never left Antoine’s. Oysters, however, continue to be popular, eaten raw, grilled and fried on their own or as part of a larger dish.