Sometimes its nice to take a digital detox from skimming your Instagram feed of others people's travels and instead bury yourself into a good book. And in 2019, authors in the travel category did not disappoint. From a photographer who braved the Great Plains to chase storms while others sought shelter to a journalist who embarked on a 45,000-mile trek via train that circumnavigated the globe, these books will take you on a series of journeys that will not only provide you with new insight into the world we live in, but perhaps also inspire you to get out there and explore places that you've only seen on your computer screen. 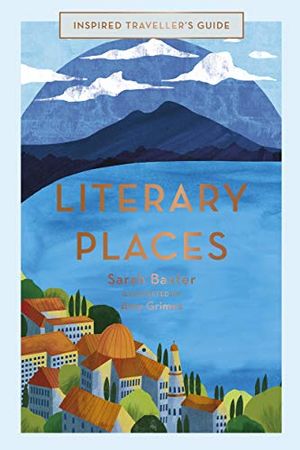 Any author will attest that setting plays a significant role in any plot line. In fact, oftentimes a locale becomes as central a character to a story as the protagonist. Take for instance New York City’s Central Park lagoon populated by ducks that captures Holden Caulfield’s attention in The Catcher in the Rye or the arid plains of La Mancha in Don Quixote. In her new book, author and travel journalist Sarah Baxter explores these and 23 other literary locations around the world, bringing them to life with engaging prose and hand-drawn illustrations that will inspire you to revisit your favorite novels—or maybe even book a flight. 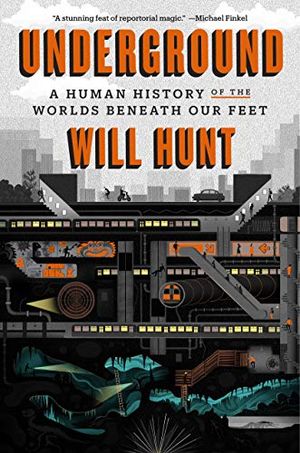 Underground: A Human History of the Worlds Beneath Our Feet

Have you ever wondered what lies underfoot? As a curious teenager, Will Hunt did just that and discovered an abandoned subway tunnel running underneath his Rhode Island home. Now, years later, he set out to explore some of the many abandoned subway stations, mines, caves, catacombs, bunkers, tombs and other subterranean sites pockmarking our planet. His first-person expeditions, tied together with deep dives into each place’s history, bring to life corners of the globe that often go unnoticed, including a 35,000-year-old mine that he explores with an Aboriginal family in Australia's outback. 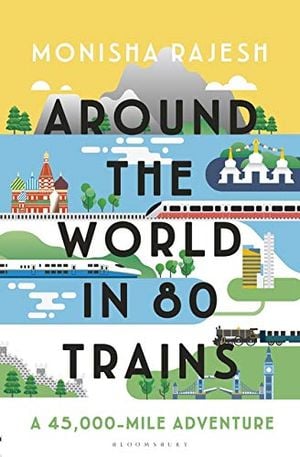 With her rucksack bursting at the seams and her fiancé in tow, journalist Monisha Rajesh set out on a 45,000-mile trek around the world that left many of her closest friends and relatives scratching their heads in disbelief. But over the course of seven months and 80 train rides that circumnavigated the globe, the duo embarked on an adventure of a lifetime, starting in western Europe and linking to Russia, Mongolia, North Korea, Canada, Kazakhstan and beyond. In the pages of her latest book on train travel (she previously penned the book Around India in 80 Trains), Rajesh captures the passing countryside outside her train window and shares the stories of friendship and camaraderie she builds with fellow passengers. So why travel by train instead of faster modes of transportation? In her words, "Trains...take the traveller into the nooks and crannies of a country and into the heart of its people." 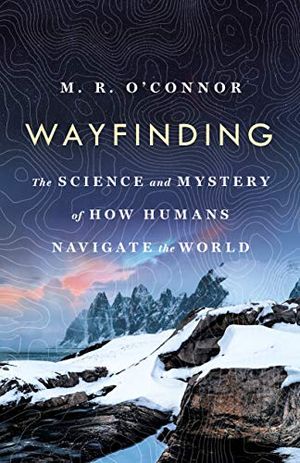 Wayfinding: The Science and Mystery of How Humans Navigate the World

In a time where GPS has become the de facto mode of navigation, author and journalist M. R. O’Connor takes a step back to explore other means of finding our way throughout history. She explains everything from the spatial orientation found deep inside the hippocampus of the human brain to migration patterns of various species on both land and sea. Interviewing neuroscientists, anthropologists, biologists and other experts throughout the world, she creates a compelling argument for how navigation has given us not only humanity but topophilia, or a strong sense of place. The book, writes Bianca Nogrady of The Sydney Morning Herald, "sounds a clarion call for us to put down our smartphone, step outside, and experience our surroundings in the way ancient humans did—before we lose the ability altogether." 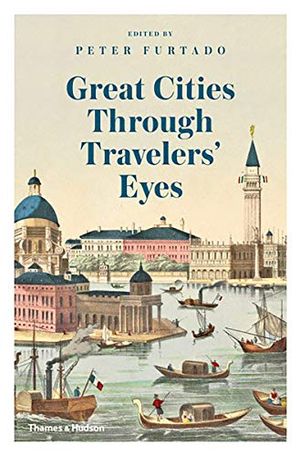 Edited by bestselling history book author Peter Furtado, this anthology captures 38 of the most fascinating places in the world through the eyes of explorers across the millennia, including the Greek geographer Strabo, Anglo-Italian explorer Freya Stark, Italian merchant and explorer Marco Polo and others whose names are both recognizable and not. The massive volume resurfaces travelers’ tales exploring cities—Beijing, Cairo, Rome and more—across six continents. One such example is Catherine Wilmot, an Irish traveler who visited Berlin in 1803 and offers a colorful depiction of the German city's still relatively new Brandenburg Gate, which she describes as "a grand triumphal arch, ornamented on top by four bronze colossal horses...." The book dives deeper into a single place than your typical guidebook, giving insight into the look and feel of different places during various times throughout history. 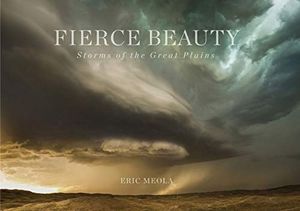 Storms can be both harrowing and beautiful, and photographer Eric Meola opts to focus on the latter. With more than 100 atmospheric photographs of tornadoes, dust storms, lightning and other weather phenomena, Meola's new book captures the allure of wild weather, and his own experience as a storm chaser in the Great Plains. In August 1977, Meola photographed Bruce Springsteen on a gravel road in Nevada, under the dark clouds of a brewing storm, shooting the image that graces the cover of the musician's album The Promise. Being so close to the powerful storm inspired Springsteen to write "The Promised Land," and it inspired Meola, decades later, to create the body of work that fills the pages of this book. 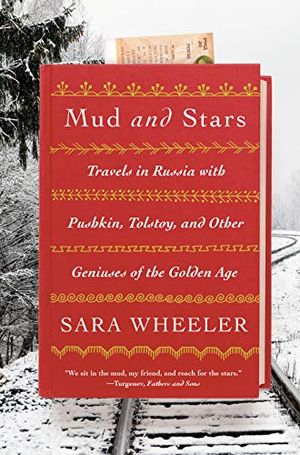 Mud and Stars: Travels in Russia with Pushkin, Tolstoy, and Other Geniuses of the Golden Age

As of late, Russia has played a starring role in the 24/7 news cycle. Inspired, author Sara Wheeler set out in search of parts of the sprawling country that rarely make the headlines. Using Golden Age writers as her guide, including Alexander Pushkin, Leo Tolstoy, Nikolai Gogol and Ivan Turgenev, Wheeler stuck to regions largely outside the major cities—like beet fields in the northwest and the Arctic tundra to the east. In turn, the British writer and BBC Radio host befriended guides and local families who invited her into their homes where she cooked, ate traditional meals, and learned to speak their language, offering a personal glimpse into a populace whose lives are often overshadowed by the politics of the day.

Airline Maps: A Century of Art and Design

During the dawn of commercial air travel in the early 20th century, airlines came up with enticing new ways to lure travelers to fly on their aircraft. One popular method was creating colorful, illustrated airline maps showcasing the different destinations where their airlines flew in hopes of instilling a sense of wanderlust in travelers while also establishing a global presence. The idea worked and over the last century nearly every single major airline has designed its own rendition of an airline map. Together, authors and cartography enthusiasts Mark Ovenden and Maxwell Roberts scoured libraries, archives and other resources and selected hundreds of maps—fitting every style, from Art Nouveau to Art Deco to avant-garde—to display in their latest book. "This book is not just about the history of maps," Roberts told Smithsonian magazine, "it's also the history of design." 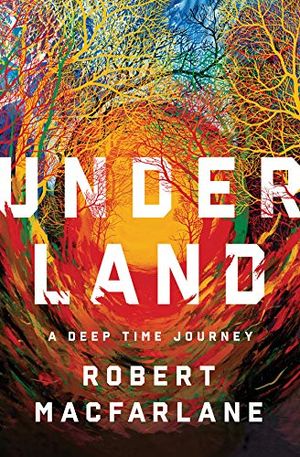 Recently named by The Guardian as one of the 100 Best Books of the 21st Century, Robert Macfarlane’s latest work (and sequel to his 2012 bestseller The Old Ways) explores the planet’s underworlds "through myth, literature, memory and the land itself." From Greenland’s rapidly melting ice sheet to the catacombs tunneling beneath the bustling streets of Paris, the author travels through “deep time,” or geologic time. He weaves his own experiences together with that of historians, artists, divers and other explorers to provide a new perspective on places lingering not only right beneath our feet, but also set deep within our minds. Through his lyrical prose, Macfarlane asks the burning question, "Are we being good ancestors to the future Earth?" 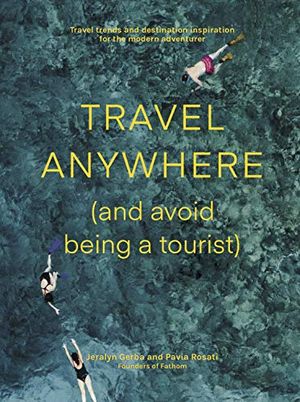 Travel Anywhere (And Avoid Being a Tourist)

No one wants to be pegged as a tourist (fanny packs and crew socks are never fashionable, end of story), and luckily you don’t have to. Jeralyn Gerba and Pavia Rosati—the founders of Fathom, a website by and for travel enthusiasts—tap into their own experiences on the open road, as well as their network of chefs, innkeepers and other creative types, to provide advice to anyone who has ever been intimidated by unfamiliar places. (Sample tip: When in the cloud forests of Nicaragua, let the howler monkeys be your morning alarm.) Not only does their book inspire the great explorer hidden inside all of us, but it also highlights some of the things each of us can do to become more ethical travelers and global citizens.