The Groundbreaking 1969 Craft Exhibit ‘Objects: USA’ Gets a Reboot

More than 50 years later, the new show combines the works of 100 established and emerging artists 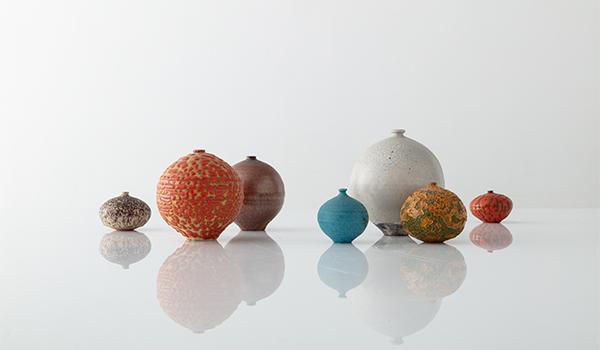 The year 1969 was an eventful one in American history. For the first time ever, astronauts walked on the moon. The U.S. government enacted the draft lottery for the Vietnam War, Richard Nixon became the 37th president and hundreds of thousands of music fans descended upon a quiet dairy farm in upstate New York for Woodstock. And yet another noteworthy development unfolded that often gets overlooked—an event that helped catapult the American studio craft movement onto the global stage.

On October 3, 1969, the National Collection of Fine Arts, now the Smithsonian American Art Museum, in Washington, D.C. debuted a major exhibition focused on American craft in its many forms, be it ceramics, woodworking or weaving. Called “Objects: USA,” the show featured more than 500 pieces of artwork created by 308 established and emerging artists. The show would go on to travel to 33 different venues both domestically and internationally over the course of the next three years, introducing the world to the works of Dale Chihuly, Sheila Hicks, George Nakashima, Anni Albers, Art Smith, Ron Nagle and more. Curated by New York City gallerist Lee Nordness, the exhibit was considered progressive for its time, featuring a diverse group of artists. The exhibition was featured on NBC's “Today Show,” and some of the artists appeared in a one-hour film produced by ABC called With These Hands: The Rebirth of the American Craftsman.

Now, more than a half century later, R & Company, an art gallery in New York City, is reprising this important cultural event with “Objects: USA 2020.” Launched this week, the five-month show (originally pegged to the 50th anniversary of the original show's seminal catalog being published in 1970, but delayed due to Covid-19) features 100 works by 100 artists—50 pioneers from the original exhibition and 50 artists representing a new generation of contemporary sculptors, woodworkers, glassmakers and ceramists. Following in the footsteps of the 1969 show, the reboot hopes to bring recognition to art and design in a new and meaningful way, this time for the 21st century.

“We wanted to bring the original exhibition back to life and celebrate its impact, but at the same time [modernize it] by bringing together an equal number of contemporary artists alongside some of the historical artists [from the original],” says Evan Snyderman, co-founder of R & Company, which has two galleries in the Tribeca East Historic District. “This new exhibition tells the full-circle story of where this started and where it is today, and then where it’s going and how the next 50 years are going to come out of this.”

Many of the artists whose works are featured in the exhibition are well known, such as Anni Albers and her famous “Tikal” cotton weaving and Richard Marquis and his “Stars and Stripes Acid Capsule” glass sculpture. Others aren't as recognizable by the general public; ceramicist Howard Kottler's "Deco Dream" vase. Regardless of how established the artists are (or were), “Objects: USA 2020” prides itself in displaying all of the pieces in an equal manner and not dividing content by medium. In other words, a pair of glazed porcelain dolls by artist Michele Oka Doner, who was just emerging as an artist when her work is shown in the original “Objects: USA,” is right at home next to a sculpture made of ceramic, polymer clay, steel and string by contemporary artist John Souter.

“We included some of the bigger names in contemporary design today who are breaking the mold, while also having the opportunity to bring in some of the younger or lesser-known artists to give them a chance to be seen alongside the more known names,” Snyderman says. “There’s so much room for discovery. We really just scratched the surface. We wanted to have a diverse representation of what’s happening in contemporary design today.”

The Arts and Crafts movement in America came about, at the turn of the 20th century, as a response to the Industrial Revolution and the need to preserve the art of making things by hand as jobs were rapidly being replaced by machinery. A handful of artist colonies sprouted up across the United States. At the Byrdcliffe Arts and Crafts Colony near Woodstock, New York, Englishman Ralph Radcliffe Whitehead and his wife Jane Byrd McCall Whitehead, considered two of the movement's pioneers, created a pastoral utopia where they could focus on fine-tuning their woodworking and pottery-making skills alongside fellow artisans. Other institutions followed suit, such as Rose Valley, an artists' commune and store located outside of Philadelphia, and Newcomb Pottery, a project backed by the H. Sophie Newcomb Memorial College, a since shuttered women's college in New Orleans.

By the 1920 and '30s, as technology continued to advance and capture the public's attention, their interest in the handmade started to wane, making “Objects: USA” in 1969 all the more important. Not only was it introducing the movement to a new generation of art enthusiasts, but the show was also offering a platform for American studio artists to showcase their work on a global stage and, in doing so, diversify the art scene, which was predominately white and male. The exhibition was complemented by a catalog showcasing the biographies of the different artists and their work, a tome that many curators and members of the art world continue to refer to even today, including Gloria Kenyon, senior public programs coordinator at the Smithsonian American Art Museum. Kenyon wrote her thesis on “Objects: USA” while studying for her master’s in Decorative Arts and Design History at Corcoran School of the Arts and Design in Washington, D.C., and says she owns two copies of the catalog and regularly refers to them in her work at the museum.

“It’s a testament to how important and influential the original exhibition [and catalog] were,” says Kenyon. “And how the ideas behind what [the curators assembled] are still relevant today within the craft community. It’s still looked at as this point…that made craft accessible to the public in a new way. It still matters 50 years later.”

Today, we find ourselves in the midst of a craft renaissance, with the once clear line between art and craft blurring. Ceramics, fiber art, beadwork, quilting, wood carvings and more are popping up in art galleries, at auction, and in the permanent collections of major art institutions, like the Tate Modern, MoMA, the Whitney and the Smithsonian museums. Glenn Adamson, one of the curators of “Objects: USA 2020” and the author of the exhibition's catalog, makes a strong case for craft's place in the art world in a recent essay entitled “Why the Art World Is Embracing Craft” published on Artsy. He writes, “Craft matters, too, because it is the art world’s best path to diversity. There is a reason that [art historian] Linda Nochlin never wrote an article called 'Why Have There Been No Great Women Weavers?' There have been plenty. And potters. And jewelers. And metalsmiths. Craft is also a rich tapestry of ethnic diversity, having been practiced expertly by people of all nations and regions for millennia. You can make a strong case that the long-standing marginalization of the crafts—and the self-evidently crazy idea that painting isn’t one—was just the art world’s way of practicing sexism and racism, barely disguised as a policing of disciplines rather than people. At long last, then, we have arrived at a reckoning. Art needs craft, and badly.”

Snyderman says, “There’s such a clear movement occurring, and that’s something our gallery has really been championing, this idea of the handmade object and the return to making things.”

Ebitenyefa Baralaye, a Nigerian-born, Detroit-based ceramicist, sculptor and designer, is one of the contemporary artists whose work is featured in the new “Objects: USA 2020” exhibition. Studying ceramics first at the Rhode Island School of Design and then at the Cranbrook Academy of Art in Bloomfield, Michigan, he was inspired by a number of the groundbreaking artists in the original show, in particular the late ceramic artist Toshiko Takaezu, who was known for her traditional Japanese pottery.

“There’s an elegant simplicity and potency about her work and her forms that still captivates me,” Baralaye says. “I live in Detroit, and I’m not too far away from the [Detroit Institute of Arts], which has a number of her pieces in its collection, so I got to see some of her work up close. Being in their presence, I’m drawn in. I think that’s both the strength and the beauty of the show and catalog, this acknowledgement of making as a language that proceeds speaking. I feel like that warmth and familiarity and intensity is expressed in her work. You’re able to understand it before you talk about it, and you can connect to it before you can give words to the narrative.”

Two of Baralaye’s pieces are part of the exhibition and the updated catalog. The first, “Meiping” (2017), is a pair of identical glazed stoneware objects, while “Serpent I” (2019) is a slab of terra cotta containing a raised sinuous design that calls to mind a snake. His works will be featured alongside pieces by both emerging and established artists alike, with many of the works available for purchase.

“There’s no hierarchy in how the artworks are displayed,” Snyderman says. “‘Objects: USA 2020’ brings two diverse generations of artists together, equally, and showcases them in a way that furthers the narrative of the [American studio craft movement]. We want to break the mold by giving new artists a chance to be seen, while not focusing on one single trend or point of view.”