Two decades ago, several members of the maharaja’s staff led me into a private storeroom at the Jodhpur royal palace in the northwestern Indian state of Rajasthan. When two of them lifted a 3.5-by-5-foot painting from a wooden box, I was dazzled by the painting’s shimmering surface. I felt as though I had somehow encountered the sublime.

The abstract fields of color reminded me of Mark Rothko’s work, the use of light and space of James Turrell, but the date indicated 1823, almost a century before Western artists created completely abstract paintings. “Three Aspects of the Absolute” didn’t call to mind traditional Indian court painting, usually tiny and intricately rendered.

That day I saw dozens more of these giant masterpieces, leaving only after my eyes started burning. Why had no one in the art world known about these extraordinary paintings?

I would spend a year in Jodhpur researching this collection, learning that the yogis represented in these paintings were Naths, a sect who claimed to have invented the techniques of hatha yoga ten centuries earlier. Their practice featured some of the yoga positions familiar to many today from classes and studios around the world, but their goals centered on gaining supernatural powers and becoming immortal.

I discovered why the paintings had lain forgotten when I delved further into Jodhpur history. At the turn of the 19th century, a Nath soothsayer convinced Prince Man Singh, the soon-to-be maharaja of the desert kingdom of Jodhpur, not to surrender in battle. The Naths initiated Man Singh into their order, then guided him spiritually over the next 40 years, exerting profound influence on all aspects of state life, including the court artists. The maharaja had Nath texts and treatises brought to him from all over India, then directed his court artists to illustrate them, the first ever to do so.

Consider “Three Aspects of the Absolute,” in which the artist named Bulaki tackled the concept of a formless, timeless, and luminous essence, which is the basis of the universe in many Hindu traditions. The artist portrayed the emergence of all matter and being sequentially by dividing the page into three panels, first on the left representing the absolute as a field of solid, unmodulated gold, a minimal abstraction unprecedented in Indian art. The second phase conveys bliss—shown as a Nath yogi—and is the first manifestation of the universe as form (or matter). The third stage of creation is vast, cosmic waters, which Bulaki depicted as a silver river flowing from the body of a Nath yogi.

Nath influence ended abruptly and completely when the British suppressed the Jodhpur Naths in 1943. The illustrated Nath manuscripts languished, eventually lying all but forgotten in a royal storeroom.

When I brought news of these paintings to the outside world, they drew much attention. To prepare for exhibitions worldwide, the Freer and Sackler Galleries sent a professional photographer to Jodhpur to shoot the paintings for the catalog. The current maharaja, Gaj Singh II, enjoyed the photographer’s presence, as did I.

A few years later, that photographer and I celebrated our wedding vows in one of the maharaja’s palaces. 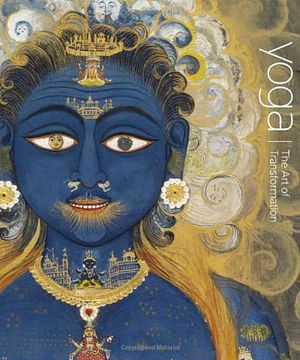 Yoga: The Art of Transformation 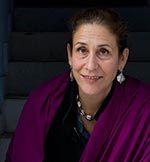 Debra Diamond is the curator of South and Southeast Asian art at Smithsonian’s Freer and Sackler Galleries and a specialist in Indian court painting.