The Craft World Is Undergoing a Democratization

In a new show at the Renwick Gallery, maker’s art is having a renaissance moment, with works that reveal powerful persistence and resilience 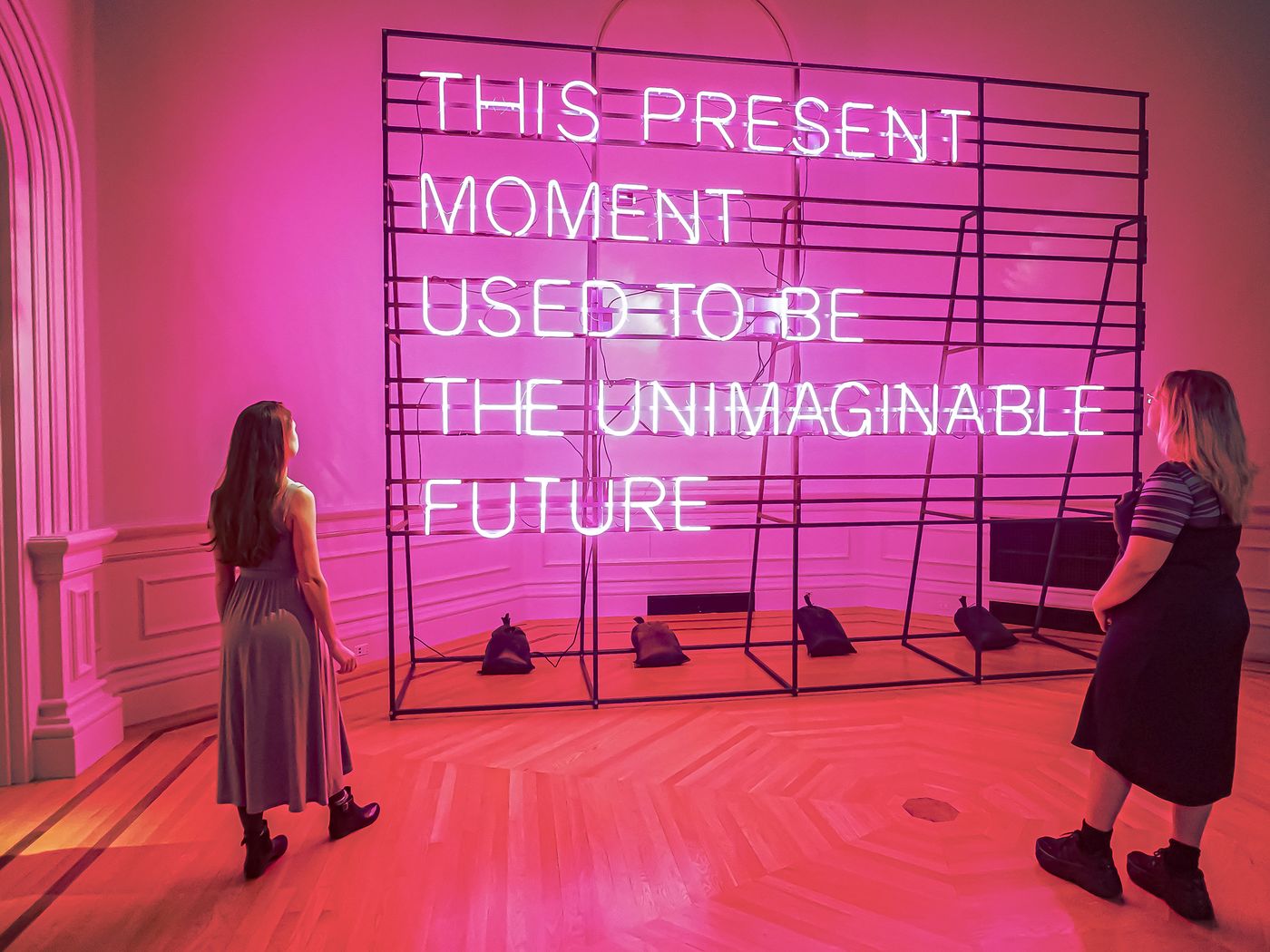 Craft, defined as skill and experience in relation to making objects, was not always heralded as high art. Art objects, including quilting, knitting, crocheting, embroidery, needlework, basket weaving, ceramics and glassblowing, were historically relegated to low art made predominantly by women.

“The broad message that I like to share is that craft is useful in our everyday lives,” says Mary Savig, the curator of craft at Smithsonian American Art Museum and the Renwick Gallery. “And this familiarity in many ways opens us up to difficult subjects like racism, xenophobia, homophobia and the climate crisis.”

The Renwick Gallery, which is celebrating its 50th anniversary as the nation’s preeminent museum dedicated to American craft, is at the apex of a fresh consideration of the innovation and time-honored approaches to makers’ work. In 2020, in anticipation of the museum’s golden anniversary, curators set out to acquire 200 artworks as part of a campaign to focus on works that broadly represent diverse groups, including Black, Latinx, Asian American, LGBTQ+, Indigenous and women artists, among others.

The Renwick’s new exhibition, “This Present Moment: Crafting a Better World,” features more than 130 of these new acquisitions. The show signals an important part of the craft movement’s recent wave, as the works distinguished as craft are also performing as artifacts representing American history and are in flux with the contemporary moment.

“The occasion of 50 years really prompted reflection for me and the Renwick’s history,” says Savig. “And just when I was thinking about it, the pandemic changed the world over night. For me, especially, this understanding of the past and present was really intensified by everything that was going on around us.”

That past and present is explored in essays in the show’s catalog of the same title which contains reflections from such artists as Kelly Church, Steven Young Lee, Wendy Maruyama and Connie Mississippi. 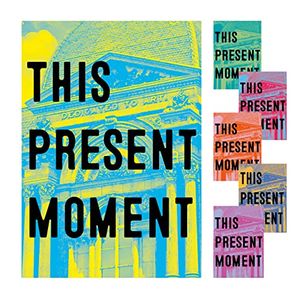 This Present Moment: Crafting a Better World showcases American craft like never before. Accompanying a 2022 exhibition of the same name, it features artists’ stories of resilience, methods of activism, and highlights craft’s ability to spark essential conversations about race, gender, and representation.

In the aftermath of World War II, the American studio craft movement of the late 1940s and early 1950s began when the G.I. Bill opened up opportunities for artists to acquire higher education, points out the Renwick Gallery’s curator-in-charge Nora Atkinson in the catalog essay “A Foundation for the Future.”

Former G.I.s flocked to colleges and universities to acquire fine arts degrees as the bedrock and foundation of their careers. Out of this arose a class of craft artists like Wendell Castle, Sam Maloof and Dale Chihuly, to name a few, working to make furniture, sculpture, jewelry, glass and ceramic works, and taught by professors revered as legendary.

That iconic mid-century movement of craft as an art practice backed by title and degree is “now past,” writes Atkinson. “This… genuinely distresses many in the craft community, yet as paradoxical as it may seem to them, as the curator-in-charge of one of the leading craft museums in the nation, this rather excites me,” she writes, expressing an enthusiasm for what is on the horizon.

“Craft today is as much about protective masks, protest banners, and humble mugs, about cherished traditions passed down, about the personal experience of making, as it is about hanging in the hallowed halls of art museums,” writes Atkinson.

The show’s title is borrowed from an artwork This Present Moment by Alisha Eggert featured in the exhibition, which itself is borrowed from the prophetic words of the futurist Stewart Brand, author of the The Whole Earth Catalog, a 1960s and early 1970s compendium of do-it-yourself articles for the era’s practitioners of self-sufficiency.

The very nature of this exhibition alerts us that the artists celebrated today in “This Present Moment” are “craftivists,” a term coined in 2003 by knitter, activist and author Betsy Greer that defines craft as a vehicle to advocate for political and social change. The Renwick’s goal of specifically acquiring artworks by makers of varied social and racial backgrounds falls in line with the interests of this new wave of craft where the maker, as well as what they are making, is valued in the appreciation of the work.

The artists featured in this show tell personal stories that speak to larger social and political occurrences impacting the greater populace in history and the contemporary moment. The idea is as much about breaking away from the old as it is about breaking down barriers. According to a release, the dozens of recently acquired works seek to highlight “the role that artists play in our world to spark essential conversations, stories of resilience, and methods of activism.”

Take for example quilting, a popular form in craft, which is seeing a renaissance due in part to work of quilter Faith Ringgold, and to the admiration for the Gee’s Bend Quilters, thanks to the Souls Grown Deep Foundation’s promotion of the craft at major art museums around the world.

Kerry-Harlan’s 2020 Portrait of Resilience, From the Flag Series depicts a young Black girl with a bubbled braid. Kerry-Harlen applied the portrait to the quilt made of printed fabric that she creates herself through an intricate process. “Her process of quilting is inspiring a way forward and it’s empowering young girls with the strength of their community with something like quilts that carry these stories of pain, but they also help mend and comfort in these times of crisis,” Savig says.

The duality of quilts as art and functional object was central to Alice Walker’s 1973 short story “Everyday Use,” as it highlights the popularity of quilts as art in contrast to their functionality for warmth and comfort. In Walker’s story, two sisters Wangaro and Maggie argue with their mother over who is best equipped to care for the family’s heirloom quilts.

“‘But they’re priceless!’ [Wangaro] was saying now, furiously; for she has a temper. ‘Maggie would put them on the bed and in five years they’d be in rags. Less than that!’”

Though Wangaro respects the quilts for their artistry, her mother leaves the quilts with Maggie who will put them to everyday use.

Today quilts are both functional and artistic, as they overtly tell stories of people and place while at the same time having aesthetic merit.

At the forefront of art quilting today is Bisa Butler. With her work she recognizes unnamed Black personages and celebrates their identities by immortalizing them with grand flair through large-scale portraits on stitched tapestries.

It wasn’t until she was an art education graduate student at Montclair State University that she took a fiber art class. Her mother and grandmother had taught her how to sew, but because fiber art wasn’t a part of her artistic training, she had never considered quilting as art. It was from a classroom assignment that she discovered that her interest in sewing and making clothes could be combined with art.

A quilt she made for her grandmother on her deathbed defined the moment when Butler and a professor realized she had created a new form of quilting.

When Butler posts a new work of art on her Instagram page, she frequently tells her viewers: “There is zero paint on this artwork.”

It is easy to be confused. The vibrant color palette she employs tends to resemble the fluidity of watercolor. Instead, cotton, silk and velvet are stitched together to seamlessly create lively large-scale portraits that depict the personages of unnamed African Americans. She uses vintage photographs for source material from the Library of Congress or from a friend who scours estate sales. Butler tells NPR that she describes her art as “a quilted photo album of a Black family. But it's the Black diaspora family.”

Bisa’s 2021 Don’t Tread on Me, God Damn, Let’s Go–The Harlem Hellfighters depicts a military regiment consisting of mainly African American and Puerto Rican Americans who fought alongside the French army during World War I. White American soldiers frequently refused to fight alongside Black men in that conflict. Butler’s quilt lauds these soldiers who, more than 100 years later in 2021, were posthumously recognized with the Congressional Medal of Honor.

“This Present Moment” is a breathtaking display that spans both floors of the gallery and features works by artists of vastly diverse backgrounds offering viewers perspectives on issues of sexuality, race, environment, and other topics relevant to today’s changing world. “Through the evolution of craft, one concept remains. And that is, the handmade is always just so full of possibilities and promise,” says Savig. “These gestures and material traces of the artists’ hand always make [craft] very resonant to whatever is going on in our world.”

“This Present Moment: Crafting a Better World” is on view at the Renwick Gallery of the Smithsonian American Art Museum at Pennsylvania Avenue at 17th Street, N.W., Washington, D.C. through April 2, 2023.