At 10 p.m. on June 29, 1975, Steve Wozniak was ready to test his odd new computer. It didn’t look like much—just a circuit board with 32 chips attached, connected to a video monitor and a keyboard.

But when he turned it on? Magic. A cursor appeared on the screen—and better yet, it reacted instantly to whatever keys Wozniak pressed. “I typed a few keys on the keyboard and I was shocked!” he recalled in his memoir, iWoz. It was, he observed, the first time in history anyone had typed on a personal computer and seen the results “show up on their own computer’s screen right in front of them.” The sensation of success—he was looking at random numbers he had programmed—was “like getting a putt from 40 feet away.”

The Apple I was born—and with it, the age of the desktop computer.

Only 200 of these computers were made, of which only 66 are known to survive, owned by avid collectors who pay hundreds of thousands of dollars for each machine. A few months ago, several donors enabled the Smithsonian National Museum of American History to acquire an Apple I, formerly owned by Del Yocam, Apple’s first chief operating officer. Remarkably, the machine arrived still capable of running elementary programs. When it was turned on, marvels Peggy Kidwell, the museum’s curator of mathematics, “the screen was flickering!”

That screen—and its speedy response to typing—may seem mundane, but it’s why the Apple I holds a special place in high-tech history. It pioneered nearly every part of how we interact with computers today.

Before the Apple I came along, computers were almost universally bulky and expensive. A “minicomputer” of the 1960s was the size of a refrigerator and cost tens of thousands of dollars, so only companies and universities typically owned them. They were slow, too: Usually you fed in a program on punch cards or through a keyboard, and the computer typed the output on paper.

Both the size and price began to shrink in the mid-’70s when “microprocessors” emerged, chips that cost less than $100 yet could run simple software like Basic. Hobbyists began tinkering with them, and in 1975, a company in New Mexico released the Altair, a computer you could build from a kit for only $439. Though small enough to sit on your desk, it was, by modern standards, nearly unusable: You programmed the Altair by flicking switches on the front, and you read the output by interpreting a sequence of LED lights. If you wanted it to print out the answer? A Teletype machine cost a cool $1,500 or more.

Wozniak, who had long experience working with video displays, cleverly designed the Apple so it could plug into any home TV. It could use nearly any computer keyboard. It was thus “plug and play”—behaving, more or less, like any desktop Dell you’d buy today. Indeed, as Wozniak brought his creation to life, his mind blossomed with all the things one could do with it. Every prediction was bang-on: Play games! Type on a word processor! Use design tools! Or, as his visionary friend Steve Jobs—who encouraged him to co-found Apple Computer, 40 years ago, on April 1, 1976—put it, their personal computer would be “a bicycle for the mind.”

The Apple I sold for only $666.66. (Wozniak picked the price because he liked repeating numbers; he had no clue about the satanic resonance.) Chris Espinosa was a local teenager who was amazed by the machine, and started showing up at the Byte Shop —a computer store in Mountain View that had ordered 50 Apple I’s —to write Basic programs on the machine. One day, Steve Jobs walked in, saw Espinosa’s coding, and hired him to kick the tires on the new version of Basic that Wozniak was creating.

“He needed someone to test it, so he picked this 14-year-old off the street,” Espinosa recalls. “That was typical Jobs.” Espinosa showed up for work at Apple’s headquarters—back then, Jobs’ garage—and still works as a lead engineer for Apple today.

The Apple I didn’t look like a computer as we know it: It was just a greenish circuit board, waiting for you to attach the peripherals. (It didn’t even have a case.) Last year a woman dropped off an Apple I at CleanBayArea, an e-waste recycling facility in Milpitas, apparently regarding it as a piece of junk. The employee who received it, Victor Gichun, was also unimpressed: “I didn’t see anything valuable,” he says. It took weeks before another worker realized what they had in their warehouse. (“You idiot!” he hollered at Gichun.) The woman left no contact information, so CleanBayArea sold the computer for $200,000 and is holding half of that for the donor in case she returns.

The Smithsonian will display only the Apple I circuit board. One challenge, says Espinosa, is that it’s hard to replace parts if they wear out, particularly rare ones like the capacitors for the power supply. “It’s like trying to find parts for a Model T,” he says.

But Apple I holds pride of place as the machine that booted up our modern age. Wozniak knew that even back in 1975. “People who saw my computer could take one look at it and see the future,” he later wrote, “and it was a one-way door. Once you went through it, you could never go back.” 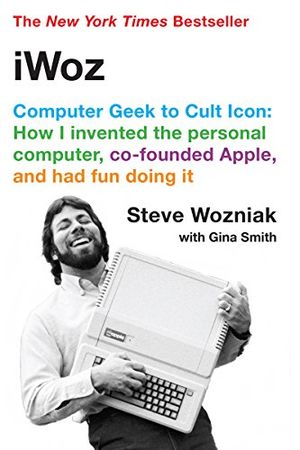