"They are not very romantic-looking, staring coldly at the world, with figures and measurements buzzing around them like flies, but they are very dear to us," wrote Henry Dreyfuss, the prolific designer behind such iconic products as the Hoover vacuum, John Deere tractors and the Polaroid SX-70 Land camera. "They remind us that everything we design is used by people."

The hero and heroine of Dreyfuss' 1955 book Designing for People are your average American couple—at least by mid-century standards. Dreyfuss' colleague, Alvin R. Tilley, pored over data from fashion houses and the U.S. military and drew the characters to specs representative of the 50th percentile of all men and women. Joe stood nearly 5 foot 11 inches tall and weighed 162 pounds, while Josephine was just about 5 foot 5 inches and 135 pounds.

Offices had wall charts with life-sized Joes and Josephines, which Tilley distributed in a handbook called The Measure of Man. (Over the years, several updated editions have been released to keep the measurements current.) And designers used the figures to create products to fit the average consumer.

"Joe enacts numerous roles. Within twenty-four hours he may determine the control positions on a linotype, be measured for an airplane chair, be squeezed into an armored tank, or be driving a tractor," Dreyfuss noted. "And we may prevail upon Josephine to do a day's ironing, sit at a telephone switchboard, push a vacuum cleaner around a room, type a letter." The glaring gender stereotypes, of course, are a vestige of the times.

Dreyfuss' practice of "fitting the machine to the man rather than the man to the machine," as he put it, was revolutionary in the 1950s. "He observed how users interacted with products at home, at work and in stores," says Ellen Lupton, senior curator of conteporary design at the Cooper Hewitt, Smithsonian Design Museum in New York City. "He argued that design should be 'obvious,' meaning that we should understand how to safely use a product without much training and explanation."

Today, designers make products with a variety of interests in mind. "Some objects are designed primarily to express visual beauty, or to maximize profits, or simply to reinforce old habits and tradition," says Lupton. But, she adds, "Organizing the design process around users is a vital vein of contemporary practice."

"Beautiful Users," a new exhibition at the Smithsonian Design Museum, tells the story of user-centered design through 120 objects. From Dreyfuss' Honeywell thermostat—his archives are housed at the museum—to prosthetic limbs and app-enabled air conditioning units, the products chart this history of designing with respect to human anatomy and behavior, up through the open-source, maker culture we see today. "The phrase 'designing for people' is giving way to 'designing with people' as creative teams seek more egalitarian relationships with an increasingly well-informed public," writes Lupton, in the exhibition catalog. 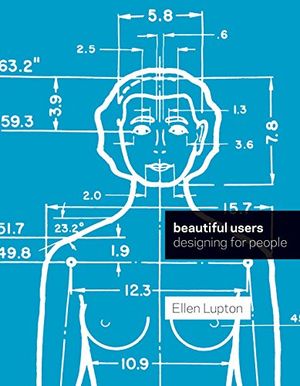 In the mid-twentieth century, Henry Dreyfuss-widely considered the father of industrial design-pioneered a user-centered approach to design that focuses on studying people's behaviors and attitudes as a key first step in developing successful products.

"Beautiful Users" is on view in the new first-floor Design Process Galleries of the Cooper Hewitt, Smithsonian Design Museum, through April 26, 2015.