The country’s distinct history is revealed in banknotes, coins and other monetary objects, says the Smithsonian’s curator of numismatics The trident, also known as the tryzub, is ubiquitous in modern Ukraine, but its origins lie in the medieval period. Sergii Kharchenko, NurPhoto via Getty Images

Before the February 2022 Russian invasion of Ukraine, few outside of the country took note of the trident symbol at the center of Ukraine’s national emblem. But in the days following the invasion, the trident was beamed around the world, appearing in the backdrops at press conferences and embossed on the clothing worn by the nation’s leaders and soldiers.

The origins of the ubiquitous trident, or tryzub, lie in the medieval period when the city of Kyiv was the seat of power of a state known as Kyivan Rus’. Encompassing all of modern-day Ukraine, Belarus and parts of Russia, this vast territory was ruled by the Rurik dynasty. As the dynasty’s symbol, the trident appeared on the first coins minted in Kyiv around the turn of the 11th century. These coins—as well as other types of medieval money—have become a central part of how modern Ukraine tells its national story and displays its national identity.

As the curator of the National Numismatic Collection, I oversee an expansive collection of monetary objects that reflect the world of yesterday and today. Each new object I acquire enables me to tell a new story and to reveal histories already contained within the collection. About a month after the Russian invasion, I came across the new “Peace for Ukraine” zero-euro note, which features a dove in flight, with a flag and olive branch clasped in its beak. The dove is a common symbol, but it was striking to see it at the center of the design of a euro banknote, decorated in Ukraine’s national colors of blue and gold. A German aid association produced the note to raise funds in support of Ukrainian children. While the note is not legal tender, it is a worthy addition to the Smithsonian’s numismatic collection because its creators used the design of money as a canvas to aptly capture what is at stake in the current war—Ukraine’s national sovereignty along with its freedom to join the European Union. Collecting this note initiated an unexpected journey through the vault of the National Numismatic Collection and into Ukraine’s complex history.

Peek inside the vault

The vault of the National Numismatic Collection is tucked away behind a series of high-security doors at the Smithsonian’s National Museum of American History. The cool, brightly lit room is filled with rows of gray metal cabinets and shelves stacked high with plain boxes.

At first glance, the vault appears to be an unassuming warehouse that could store almost anything. But the simplicity of its exterior obscures the treasures it holds. With more than 1.6 million objects, the vast collection is matched only by its diversity with objects from every continent (save for uninhabited Antarctica), and spanning more than 3,000 years of human history. The densely packed cabinets are organized geographically and labeled by country or region—it feels as if the whole world is inside the vault.

Locating the many currencies that have circulated in Ukraine over the last millennia is not as simple as unlocking a cabinet labeled “Ukraine.” Instead, you must traverse the vault following the histories of trade networks, the rise and fall of European and Asian dynasties and empires, and the related—and frequent—shifting of borders.

This movement within the vault’s storage rows mirrors the dynamic nature of the history of Ukraine. From the 9th to the 12th centuries, Kyiv was located at the crossroads of major European and Central Asian trade routes and was a vibrant hub of commerce and cultural interaction, centuries before the city of Moscow was founded in 1147. Many commodities and currencies circulated there including Roman denarii, Arabic dirhams, Byzantine miliaresia, and a wide variety of Western and Central European coins, including Bohemian deniers.

During the late 10th century, Kyiv produced its first coins issued under the authority of Volodymyr I, the legendary ruler of Kyivan Rus’ who is known for his conversion to Christianity and the subsequent spread of the religion throughout the region. Volodymyr I modeled his delicately engraved gold zlatnyk coin after contemporary Byzantine nomisma coins issued by the Byzantine emperors Basil II and Constantine VIII, but he altered the design to feature his own portrait. He also included the trident symbol as a representation of his rule and the Viking dynasty he descended from. Volodymyr’s gold coins together with his silver coins, which also featured the trident, were a powerful assertion of his authority and the state that he ruled.

Silversmiths in Kyiv also produced ingots called hryvnia in a distinctive hexagonal shape, distinguishing them from the long and thin silver ingots produced in Novgorod and from others made in cities across the region. The word hryvnia is derived from metal ornaments that were worn around the neck and also used as a measure of weight.

The collapse of Kyivan Rus’ during the 13th century led to a lapse in coin production and circulation and then the eventual influx of many other new coins, as warring powers fought over and occupied the former lands of Kyivan Rus’ in the centuries that followed. Along with Mongolian dirhams, Lithuanian denars, Polish ducats, copper and silver coins of the Crimean Khanate and Ottoman Empire, Austro-Hungarian talers, and Russian rubles came a variety of religions, languages, and cultural practices, each helping to shape modern Ukraine’s multicultural heritage.

The linguistic diversity that resulted from these interactions over seven centuries is illustrated on the money issued by the Ukrainian People’s Republic (UPR) after it declared independence from Russia in 1917. The 100 Karbovantsiv note issued that year features an intricate design with text in four languages: Ukrainian, Polish, Russian and Yiddish. The striking inclusion of Yiddish acknowledges the country’s large Jewish community, even in the context of longstanding and violent antisemitism.

The UPR issued a variety of banknotes in the few years that followed, but the notes were only in use for a short time before the country was forcibly subsumed into the Soviet Union in 1922. Soviet banknotes of varying forms replaced the UPR notes and, during World War II, banknotes of the Nazi German occupation circulated as well.

In December 1991, as the collapse of the Soviet Union seemed imminent, Ukrainians held a democratic referendum and voted overwhelmingly for independence from the Soviet Union, ushering in a new era for the country and precipitating the production of Ukrainian coins and banknotes emblazoned with the national symbols and scenes of Ukrainian heritage.

Pulling these objects out of their cabinets and boxes feels somewhat like excavating an archaeological site—each individual artifact provides a clue, but it is the combination that conveys the larger story of the place and its meanings.

When gathered together, the medieval with the modern, the national with the imperial, and the abundant with the rare, these diverse monetary objects provide a bird’s-eye view of the last millennia.

These currencies illustrate that Ukraine has had myriad historical connections to its neighbors in both the West and East. Russia, which makes claims of both ownership and unique kinship as a justification for its brutal invasion, is but one of the many powers and peoples that traded with Ukraine’s inhabitants, influenced its culture and claimed its land as theirs.

These objects also reveal how Ukraine uses medieval money and the symbols it contained to connect the modern nation to its medieval history, helping to underpin its sovereignty and shape its distinct national identity.

Ukraine’s national currency is called the hryvnia after the hexagonal silver ingots produced in Kyiv in the 11th and 12th centuries. The ingots’ hexagonal shape is the symbol of the National Bank of Ukraine and appears on many Ukrainian banknotes alongside the national seal featuring the Rurik dynasty’s trident. Ukrainian banknotes are also a platform for the remembrance of medieval leaders, including Volodymyr I and his son Yaroslav I. The 2-hryvnia note issued in 2005 shows Yaroslav flanked by one of his silver coins, prominently featuring the trident at the center.

The use of the trident on money not only links the modern nation to the medieval period but also to the UPR when the symbol was first integrated into the design of banknotes. Initially, its inclusion was subtle. You have to look for the trident to see it amidst the complex blue and purple cornucopia on the 100 hryven’ note of 1918. But in later designs the trident stands on its own. It is the only imagery on the beige-gray 5 hryven’ note issued in 1920, a simple but clear statement of the UPR’s independence in its final moments before falling under Soviet rule.

As Ukraine continues to fight for its sovereignty, for the human rights of its citizens and to combat the ongoing Russian efforts to destroy the country’s cultural heritage, there engraved in its money is a crucial part of its national history.

With the movement of its coins and banknotes beyond its borders, Ukraine has ensured its national heritage lives on. Through circulation there is preservation.

The display “Ukraine’s Distinct History” is on view in the exhibition "The Value of Money" at the Smithsonian’s National Museum of American History through August 2023. For more Ukrainian history at the Smithsonian, visit the National Postal Museum’s display of Ukrainian trident overprint stamps from 1918. 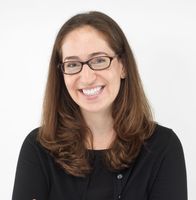 Ellen R. Feingold is the curator of the National Numismatic Collection at the Smithsonian Institution’s National Museum of American History.