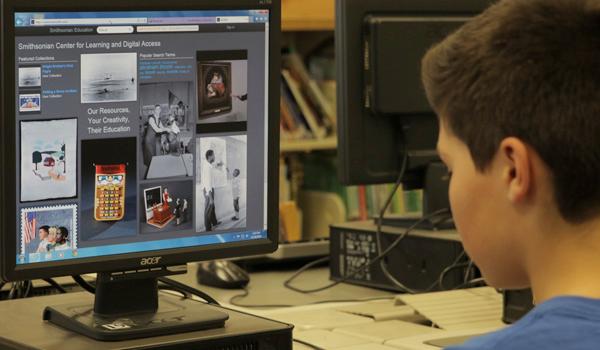 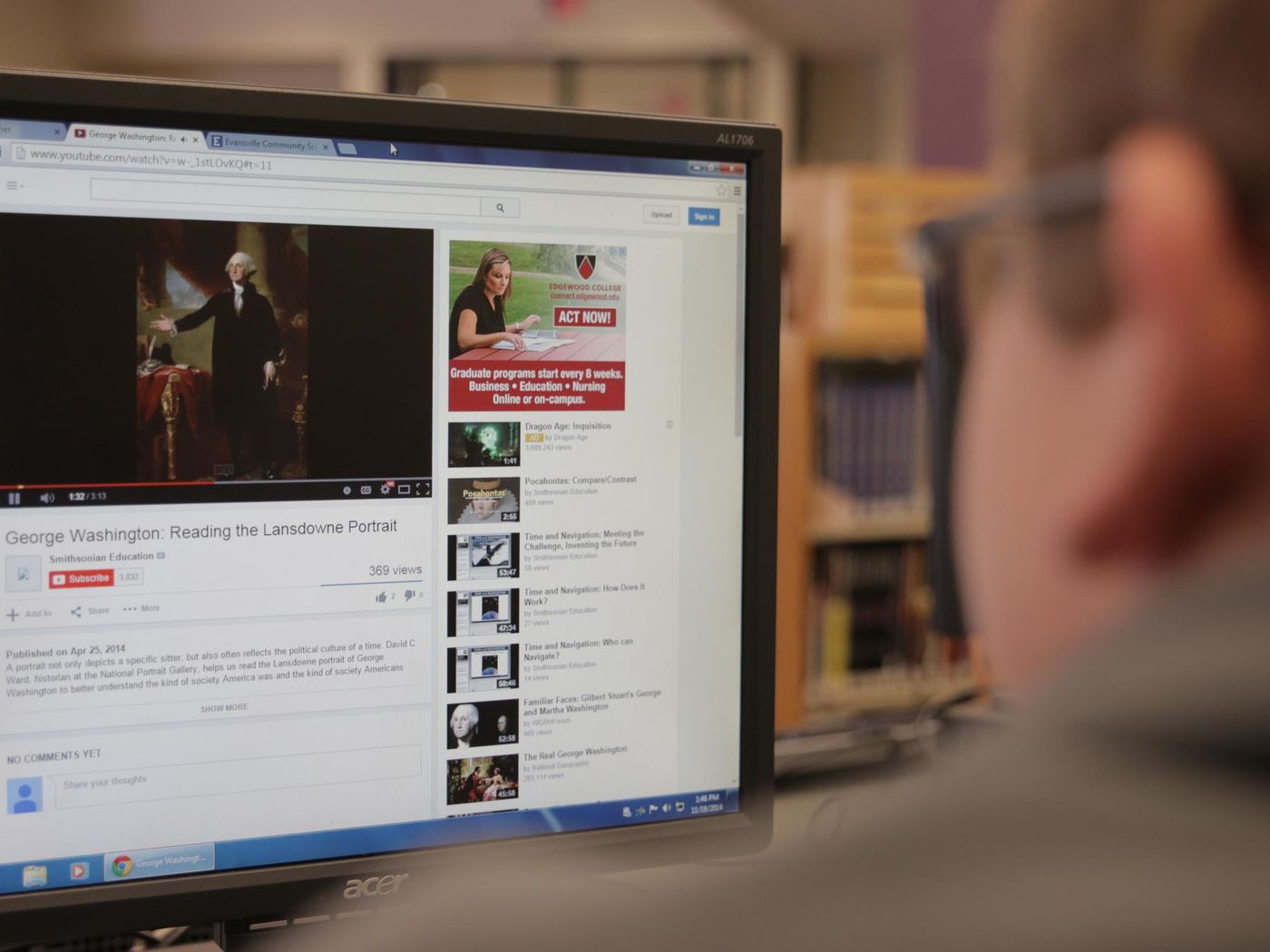 As efforts to mitigate the effects of the coronavirus crisis ramp up, schools across the United States—including those in New York City, Washington, D.C., and dozens of states—have closed their doors, leading students, teachers and caregivers alike to seek out online educational tools. To help support this search, the Smithsonian Institution has launched a central portal highlighting an array of distance learning resources, from STEM webcasts to American history podcasts and comprehensive lesson plans. Offerings range from low- or no-tech (interviewing family members for oral history projects) to high-tech (diving into an interactive exploration module).

“The Smithsonian should have a prominent place in every classroom and home in America,” says Smithsonian Secretary Lonnie Bunch in a statement. “Whether during the course of everyday learning or in a crisis like this, parents, teachers and students can rely on the Smithsonian’s wealth of expertise and knowledge that is available for free at the click of a mouse.”

Each of the Smithsonian’s 19 museums, galleries, research centers and the National Zoo has its own webpage dedicated to educational resources. To help readers sort through the 1.7 million multimedia experiences available, Smithsonian magazine has curated the following list of eight online tools. Per the statement, residents of the nation’s capital can access resources specifically tailored to D.C. Public Schools’ curriculum; those further afield can use the Smithsonian Affiliate network’s distance learning portal to find offerings organized by specific state. In the coming days and weeks, Smithsonian staff will continue to expand the Institution’s digital presence, adding webcasts and organizing resources so that educators across the country can quickly identify the most relevant offerings.

Follow along with the #SmithsonianEdu hashtag, and browse the roundup below for a taste of the many tools available.

Last month, the Smithsonian released 2.8 million high-resolution images from its collections into the public domain. These two- and three-dimensional artifacts, specimens and datasets—including a saxophone owned by jazz musician Charlie Parker, the Apollo 11 command module and a “creeping baby doll patent model”—are free for anyone to “use, transform and distribute,” making them ideal candidates for educators and students in search of creative projects.

Examples of out-of-the-box applications abound: Ahead of the campaign’s launch, artist Amy Karle sculpted nine 3-D printed models of the National Museum of Natural History’s triceratops, introducing small changes in each one in the “spirit of bioengineering.” Students mentored through Portland-based non-profit the N.M. Bodecker Foundation released music that adds a “contemporary pop culture twist” to the stories of prominent historical figures.

The Smithsonian Learning Lab’s open access hub outlines additional ideas for students and educators: “You could include a CCO resource in an e-book,” the page suggests, “or make it part of your new artwork, and you could sell those creations.”

The Smithsonian American Women’s History Initiative Because of Her Story campaign works to “create, disseminate, and amplify the historical record of the accomplishments of American women”—a mission that holds particular resonance during Women’s History Month. The main portal offers resources on such diverse topics as “American Women Athletes,” “Entertaining Women on Stage and Screen,” and “American Women Photographers;” through Smithsonian Learning Lab, students can explore the lives of five trailblazing women, including Muslim American athlete Ibtihaj Muhammad and disability rights activist Kitty Cone.

The Smithsonian’s 3-D digitization portal features interactive models from a pantheon of fields. Users can browse collections of blue-and-white ceramics, numismatic specimens (also known as coins), and presidential portraits, among others. Twenty of these 3-D models are included in the new open access campaign and available for use in art projects or educational programs.

For those hoping to 3-D print miniature models of these artifacts, check out Smithsonian magazine’s November 2019 guide, which features historical background on various digitized offerings, tips for printing specific models and more.

The National Museum of the American Indian’s Native Knowledge 360 Degrees (NK360°) initiative strives to change how Native American history is taught by “introducing and elevating indigenous perspectives and voices.” As the campaign’s website notes, “Most Americans have only been exposed to part of the story, as told from a single perspective through the lenses of popular media and textbooks.”

NK360°’s curriculum builds on a framework of ten “Essential Understandings” outlined on the portal and in a free PDF publication. Lesson plans and learning experiences available through the initiative include a website dedicated to the “code talkers” active during World War I and World War II, a teacher’s guide on the Chaski messengers of the Inka Empire, and an online lesson based on the question “Is a treaty intended to be forever?”

The National Museum of Natural History’s “Smithsonian Science How” series invites students to participate in “free, interactive, live video webcasts” with Smithsonian experts. Participants can submit questions for researchers or interact with the webcast via live polls. Paired with “complementary teaching resources” and “aligned with national science standards,” the 30-minute sessions air regularly during the school year. Currently, the next “Science How” webcasts are scheduled for April 9 (“Exploring Minerals and Gems with Geologist Gabriela Farfan”) and May 14 (“What Makes Fish so Fishy? featuring Ichthyologist Adela Roa-Varón”).

If these livestreams won’t work with your schedule, check out the museum’s archive of more than 50 webcasts covering such topics as mummy science, demystifying microbes and mineral transformations. And remember to visit the museum’s education page for additional content ranging from hands-on activities to posters and worksheets, science literacy resources, and subject guides.

The National Portrait Gallery’s America’s Presidents portal is a digital companion to the museum’s physical collection of presidential portraits. Users can browse portraits dating from 1789 to 2017, access 3-D models of presidential likenesses, and engage with educational collections created by curators and teachers around the country. Selected lesson plans include “Lyndon Johnson’s Legacy,” “Lincoln and Photography: A Closer Look,” and “Looking at ‘America's Presidents’: Four Presidents through Portraiture.”

In other National Portrait Gallery news, every Friday at 11 a.m., students and educators can tune in via the museum’s Facebook page for Open Studio lessons with artist Jill Galloway. Storytime for children ages 3 and up will be livestreamed on Facebook Wednesdays at 11 a.m.

The National Air and Space Museum’s “STEM in 30” show is released online monthly. The 30-minute interactive webcast features discussions with curators, astronauts and scholars on topics including bees and aerospace, spy planes, World War II, and air traffic control. Students can engage with the program by participating in live polls and submitting questions for “mission debrief” question-and answer-sessions. An archive of more than 50 episodes—from “Your Ticket to Space: Commercial Spaceflight” to “The Science of Safety” —is available for streaming at any time.

Alternative Air and Space Museum educational resources include How Things Fly, a website that examines the four forces of flight; a geography quiz; and a lecture archive.