Bill Traylor (1853-1949) was emancipated from slavery at the end of the Civil War when he was about 12 years old, but his family remained on their former owner’s Alabama cotton plantation, and he spent most of his life as a tenant farmer. It wasn’t until Traylor was in his 80s that he began creating art. Today, he is considered one of the most important self-taught artists of the 20th century, and this month, 155 of his more than 1,100 paintings and drawings go on display at the Smithsonian American Art Museum—the first major retrospective for an artist born into slavery. Because his work is dense with personal symbolism and often deliberately obscure, early collectors considered it quaint or even humorous, overlooking the dark themes of plantation life, Jim Crow and lynching. “He keeps his meanings subtle,” says curator Leslie Umberger. Still, she says, his images “are this very loud assertion that he is a person and has a story to tell and has a right to tell it.” 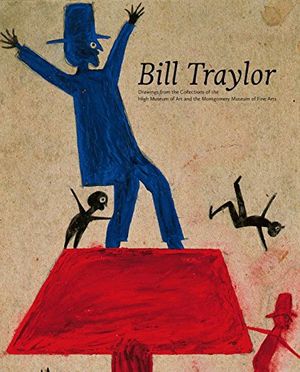 Bill Traylor: Drawings from the Collections of the High Museum of Art and the Montgomery Museum of Fine Arts

A monograph on the self-taught artist Bill Traylor's striking drawings, which reveal the witty vitality of his vision.