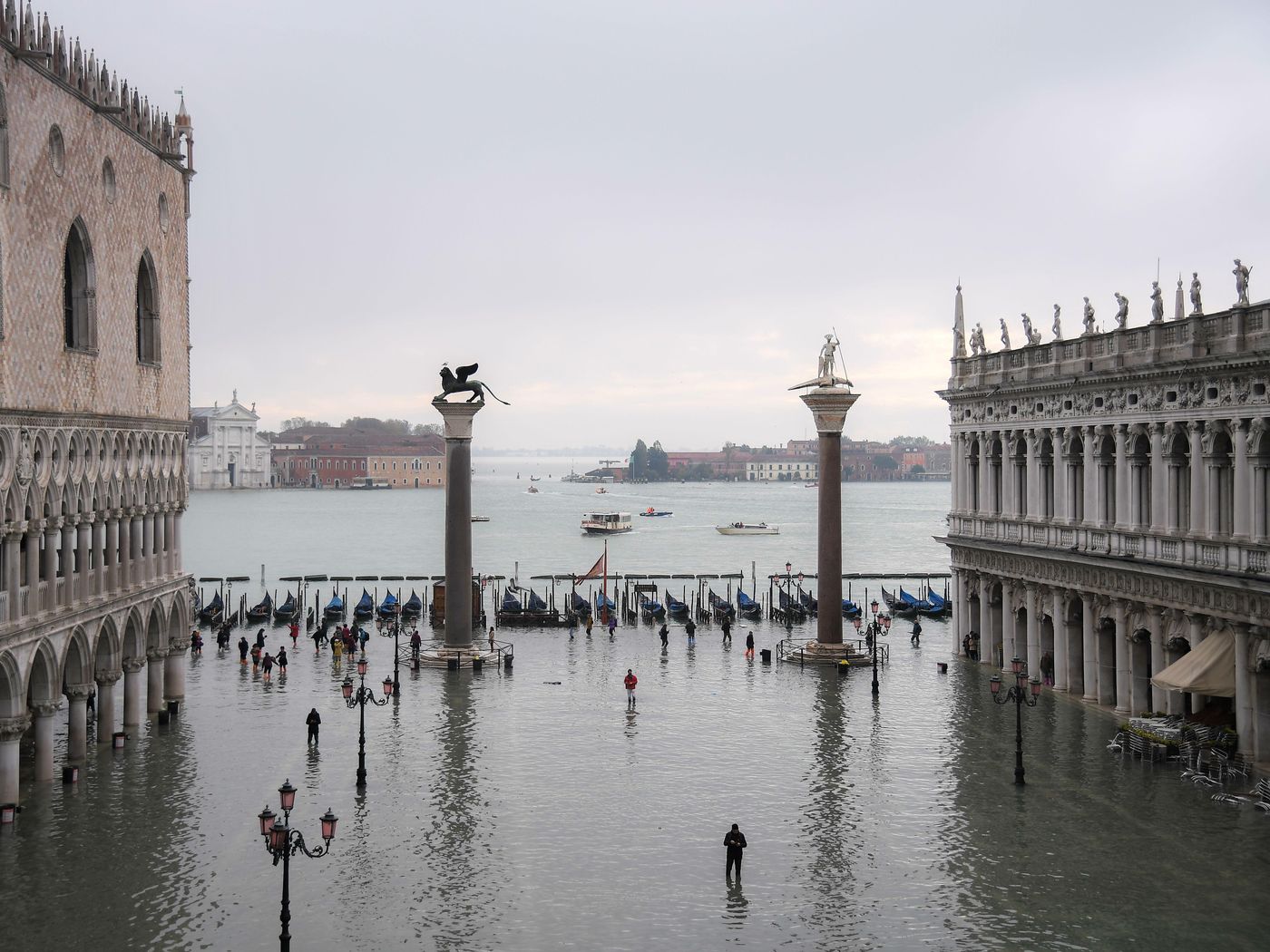 The city of Venice is under water.

On Tuesday, an extremely high tide known locally as acqua alta flooded the Italian metropolis with the highest water levels seen in the region in more than 50 years. Venice’s mayor, Luigi Brugnaro, has declared a state of emergency and closed local schools while the city attempts to recover from the devastation.

Photographs of the flooded city document rising waters in many of Venice’s famed landmarks. St. Mark's Basilica flooded for the sixth time in 1,200 years, according to church records reported by BBC News. Per Brugnaro, the church’s crypt is completely flooded, and the building as a whole has suffered “grave damage.”

Other images show water filling the streets, piazzas turned into lakes, and sunken vaporetti, or waterbuses that serve as Venice’s public transportation system. In total, the city hall said, high tides flooded 85 percent of the city. Brugnaro has placed estimated financial damages at “hundreds of millions of euros.”

On Wednesday afternoon, the death toll stood at two; according to the Independent’s Samuel Osborne, both victims died on Pellestrina, an island in the Venetian archipelago.

Venice is used to flooding. But this year’s deluge is particularly severe. As Osborne reports, the city’s water levels hit a high-water mark of 74 inches late Tuesday. This figure is just four inches shy of the record-breaking 78 inches documented in 1966.

“Acqua alta has always been normal,” Lorenzo Bonometto, an expert on lagoon ecology, tells the Times. Still, he adds, the current combination of high tide and strong winds has resulted in “an exceptional event.”

In a video posted on Twitter, Brugnaro attributed the heightened flooding largely to climate change. And while BBC meteorologist Nikki Berry writes that individuals “should try to avoid attributing a single event to climate change,” she emphasizes the fact that high tides have become an increasingly frequent occurrence in Venice.

“If we look at the [city’s] top 10 tides, five have occurred in the past 20 years and the most recent was only last year,” Berry notes. “In our changing climate, sea levels are rising and a city such as Venice, which is also sinking, is particularly susceptible to such changes.”

MOSE, a campaign designed to protect the city from flooding, was first proposed in 1988, but construction only began in 2003, and the project has experienced continual delays ever since. Named after the Italian acronym for “Experimental Electromechanical Module,” MOSE uses a series of large floodgates to barricade the lagoon surrounding Venice when sea levels rise or storms create a flood risk. The Netherlands has a similar flood-prevention infrastructure in place, and so far, the system has proven successful. The Italian project, meanwhile, remains incomplete.

Back in 2001, CBS News’ Bob Simon made a prescient comment about the long-delayed project: “If Nero fiddled while Rome burned, the Italians have been fiddling while Venice drowns.”

Simon added, “It took nearly 20 years for Project Moses to be drawn up, and Italy has been arguing about it for the past 10. And Venetians … fear it will take another disastrous flood to shake Italy's politicians.”

The “disastrous flood” predicted by Simon has arrived. Venice’s mayor, for his part, hopes the damage will finally force Italy’s politicians to act.

“Now,” he wrote on Twitter, “the government must listen.”