Browse 12 archives, databases and portals that help users deepen their understanding of the attacks 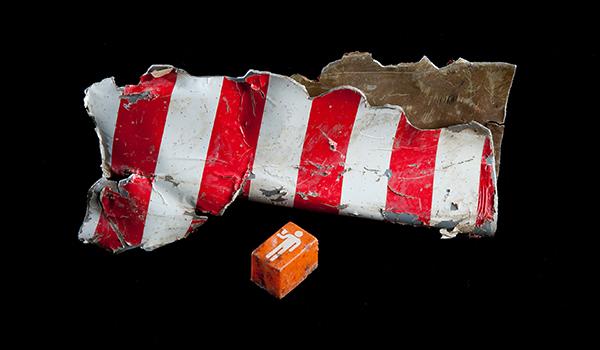 Flight 93 fuselage and call button, now housed in the collections of the Smithsonian's National Museum of American History Photo by Richard Strauss / NMAH

Twenty years after September 11, 2001, the first generation that grew up in a world profoundly altered by the attacks is coming of age.

Many of these young adults have little or no memory of the day itself. As the Pew Research Center reports, just 42 percent of 25-year-old Americans clearly remember where they were when they learned of the attacks. But for those who do remember, the horror of 9/11 remains fresh.

On that day, more than 2,977 people were killed in New York, Arlington and Pennsylvania. Thousands sustained physical injuries, and thousands more continue to reckon with trauma inflicted by the tragedy. Post-9/11 wars, including those in Afghanistan and Iraq, have killed hundreds of thousands and displaced millions more. The profound changes wrought by September 11, including the U.S. military response and the attacks’ impact on American art and culture, continue to be felt to this day.

Individuals hoping to learn more about this multifaceted history may find it difficult to know where to start. To support this search, Smithsonian has compiled a list of 12 free resources that deepen readers’ understanding of the September 11 attacks and their complicated, painful legacy. From the Library of Congress to the National September 11 Memorial and Museum, these archives, databases and web platforms help researchers and members of the public alike make sense of one of the most defining events of the 21st century.

Every year, millions of people visit Ground Zero to see the two square reflecting pools installed where the Twin Towers of the World Trade Center (WTC) once stood. The museum affiliated with this memorial offers a bevy of digital resources, including explanatory exhibitions about the history of the WTC and the search for al-Qaeda leader Osama bin Laden. Librarians and educators can register to download a free poster exhibition about the attacks for classroom use.

Online viewers can also peruse the museum’s collection of more than 70,000 artifacts, including material evidence such as a pair of shoes worn by a survivor of the towers’ collapse. Those interested in hearing firsthand accounts of the day can listen to an edited selection from the museum’s ever-expanding collection of more than 1,000 oral histories.

A project of the Roy Rosenzweig Center for History and New Media at George Mason University, this free online archive holds more than 150,000 files related to 9/11. Users can browse over 40,000 first-person accounts; scroll through some 15,000 images; or peruse emails, documents, sound clips, videos and other digital ephemera.

The Library of Congress

Within hours of the attacks, Library of Congress (LOC) staff began collecting original materials linked to the day. Online users can search the library’s digital collections to find photographs, poetry, art, maps and eyewitness accounts of 9/11, many of which were featured in a 2002 exhibition at the Washington, D.C. institution.

The library’s 9/11 web archive preserves slices of the early internet as it appeared in the weeks and months following the attacks. Offerings include memorial websites, the front pages of major magazines like the New Yorker, political and religious websites, and the home page of the American-Arab Anti-Discrimination Committee.

On the day after the attacks, the LOC’s American Folklife Center started collecting oral history interviews with survivors and people across the country. “This collection captures the voices of a diverse ethnic, socioeconomic, and political cross-section of America during trying times and serves as a historical and cultural resource for future generations,” the library notes. Listeners can hear more than 150 of the audio recordings here.

Shortly after September 11, Congress designated the Smithsonian’s National Museum of American History (NMAH) as the official repository for all objects related to the attacks. Curators cast a wide net, searching for items that explained the immediate impact of the violence and illuminated rescue and recovery efforts.

Today, viewers can explore the collection online. Items of note include the cellphone that then-Mayor Rudy Giuliani used to coordinate emergency efforts on the day of the attacks and a clock from the Pentagon whose hands froze when the plane hit the building.

NMAH also holds a turban that once belonged to Balbir Singh Sodhi, an Indian immigrant who owned a gas station in Mesa, Arizona. Four days after the attacks, a gunman killed Sodhi in a drive-by shooting. The killer had assumed that Sodhi was Muslim because of his turban; in reality, he was a follower of the Sikh faith. His murder marked the first in a wave of post-9/11 hate crimes against Muslim, South Asian, Arab and Middle Eastern communities in the U.S.

The September 11 attacks consumed news cycles across the country on the day of the event and for weeks afterward. Through the 9/11 Special Coverage Collection at the American Archive of Public Broadcasting, members of the public can comb through hours of footage from 68 local and national television and radio stations.

Featured clips include a “PBS NewsHour” segment that aired on the evening of 9/11 and a September 12 “New York Voices” episode that found hosts Bill Moyer and Bill Baker interviewing religious leaders, callers and frontline workers as they began to process the attacks.

The Costs of War Project

More than 50 scholars, human rights practitioners and other experts contribute to Brown University’s Costs of War project, which documents the enormous human and monetary cost of the U.S.-led, post-9/11 military interventions in Afghanistan and Iraq, as well as related violence in Pakistan and Syria. Readers can explore academic papers, data and classroom resources for free on the program’s website. All told, the team estimates that these conflicts have killed more than 929,000 people and displaced more than 38 million across the world.

To mark the 20th anniversary of the September 11 attacks, Hannah Hartig and Carroll Doherty of the nonpartisan Pew Research Center compiled a comprehensive, user-friendly overview of data about 9/11. Readers can access the resource here. Topics covered include trends in public opinion over the past two decades: For instance, though Americans overwhelmingly supported the wars in Iraq and Afghanistan at their outset, 69 percent now say that the U.S. mostly failed to achieve its goals in Afghanistan.

Researchers with UC Berkeley’s Othering and Belonging Institute maintain a searchable database of anti-Muslim legislation introduced and enacted in the past decade, as well as major shifts in anti-Muslim sentiment that took place in the U.S. in the wake of 9/11. Online users can use the site more broadly to learn about the history of Islamophobia and find additional reading resources on the subject.

In late 2002, Congress and President George W. Bush created the National Commission on Terrorist Attacks Upon the United States, otherwise known as the 9/11 Commission, to research the events of September 11. Investigators conducted more than 1,200 fact-finding interviews. Executive summaries of some of these interviews have been declassified and can be located in the National Archives and Records Administration’s (NARA) digital catalog.

The commission’s full report, which is preserved by NARA and can be read in full here, chronicled the events of the day as accurately as possible and provided recommendations to prevent future attacks.

Within three years of the attacks, the United States had launched wars in Afghanistan and Iraq. The military also opened Guantanamo Bay detention camp, a U.S. military prison in Cuba, as part of a series of aggressive anti-terrorism military operations.

In 2014, the U.S. Senate Select Committee on Intelligence released an investigative report detailing the CIA’s use of torture and other human rights abuses inflicted on prisoners at Guantanamo and elsewhere during the so-called “War on Terror.” Though the full document remains classified, members of the public can read the committee’s executive summary, findings and conclusions online.

On the tenth anniversary of the attacks, the New York Times created an expansive hub for educators seeking to explain 9/11 and its impact on the world to students. Free resources include lesson plans, activities and readings that address complex subjects such as the war in Afghanistan and racism against Muslim Americans.

A separate anniversary collection designed for adult readers is available online, too. Highlights include more than 2,500 “impressionistic sketches” of lives lost, an interactive reconstruction of the World Trade Center as it stood prior to the attacks and a feature article on Muslim Americans who came of age in the decade following 9/11.

In 2019, a protracted legal battle mounted by the Washington Post successfully secured the release of a series of interviews with high-ranking officials about the war in Afghanistan. Reporter Craig Whitlock published the Post’s first survey of the papers in an article titled “At War With the Truth”; the story was later turned into a book.

As Whitlock reported, the documents “reveal[ed] that senior U.S. officials failed to tell the truth about the war in Afghanistan throughout the 18-year campaign, making rosy pronouncements they knew to be false and hiding unmistakable evidence the war had become unwinnable.” Readers can explore the Post’s reporting, feedback from the public and interviewees, timelines of the war, and more than 2,000 pages of documents online.