Delhi is one of the most polluted cities in the world, and Souvik Das Gupta, a long-time resident of the Indian city, can attest to that. He’s asthmatic, and so, certain times of the year — especially April through June, when pollen levels are high and dust storms are common — are especially hard on his lungs.

But the poor air quality hasn’t kept Das Gupta from running in the mornings for the past few years. “Perhaps this is psychological, but I associate morning air to freshness,” Das Gupta says. “The fact that there are fewer cars on the roads trumps the fact that the air may be worse in quality.”

Even so, air pollution can do some serious damage to a person’s health. In the short term, individuals can feel dizzy or breathless, while long-term exposure can lead to lung cancer, heart attacks and other cardiovascular diseases. A few years ago, researchers found that cyclists in Ottawa experienced heart irregularities shortly after biking in traffic — causing many to wonder, yet again, if exercising in the company of car emissions, dust and smoke is really worth it.

It is, finds a new study, which for the first time, looked at some of the world’s most polluted cities and examined whether the health benefits of outdoor exercise — such as reduced risk of disease, heart conditions and several cancers combined with improved fitness and flexibility — still outweighed the risks of air pollution.

As part of the study published in the journal Preventive Medicine, researchers developed computer simulations — based on data from epidemiological studies — to calculate the duration of exercise needed to realize maximum health benefits, and the duration of exercise after which the health risks of air pollution outweigh the health benefits (the break-even point). The researchers focused on concentrations of fine particulate matter less than 2.5 micrometers in diameter (also known as PM2.5) — the kind that can penetrate a person’s lungs.

Overall, the simulations showed that for most cities worldwide, the benefits of exercise outweighed the effects of exposure to pollution. In a city like Johannesburg, South Africa, which had an annual average PM2.5 level of 51 micrograms per cubic meter, a person would realize the maximum health benefits after roughly an hour of cycling and would have to cycle another four hours before the effects of pollution began to outweigh the benefits. At that point, “cycling more, per day, would start to harm health,” says Marko Tainio, a researcher at the University of Cambridge and corresponding author of the study. Still, according to Tainio, there are several variables at play such as the intensity of exercise or a person’s overall health (the computer simulations didn’t consider a specific age group).

Based on WHO numbers, only one percent of the world’s cities were considered "very polluted," with PM2.5 levels above 100. According to Tainio, for those cities, “the safe amount of cycling starts to drop” within an hour or so. In the case of Delhi, researchers calculated that an individual could only bike 45 minutes in a day before potentially starting to feel the negative impact of the city’s air.

Meanwhile, in London, where air pollution levels sit at roughly 16 micrograms per cubic meter, an individual could, theoretically, bike for 16 hours in a day and still reap health benefits. “That was our upper limit,” Tainio says. “We thought even the most enthusiastic cyclists need to sleep eight hours.”

City planning can influence residents' exposure to air pollution. A few years ago, Scott Weichenthal, an assistant professor at McGill University, helped develop a route-planning tool for Montreal and Toronto that offered cyclists alternative routes with less commuter traffic that didn’t take cyclists too far out of their way, and in the process, helped reduce exposure to ultrafine particles and nitrogen dioxide or NO2 — largely produced from road traffic. “We use it for illustrating how you don’t have to change your whole way you get to work in order to … decrease your exposure,” Weichenthal says.

Getting off the road, though, is a better way to avoid getting car exhaust into your lungs. Norway is the latest country to develop a network of two-lane bicycle highways linking nine of its cities to their suburbs. Other European countries including Denmark, Germany, the U.K. and Sweden have been experimenting with bicycle highways — typically dedicated solely to cyclists — for a few years now. Also known as cycle superhighways, these roads are generally a lot wider than bike paths so cyclists can bike fast in both directions.

Meanwhile, in the U.S., where annual average PM2.5 levels tend to range from roughly 2-18 micrograms per cubic meter, cycling is also on the rise. Since 2000, the percentage of bike commuters across the nation has grown by 62 percent, according to a 2015 report from the League of American Bicyclists.

On an individual level, cyclists can take additional measures to avoid pollutants and still enjoy the outdoors. Rush hour traffic can generate high levels of pollution, which recreational bikers can avoid by venturing out before or after rush hour. “Weather or wind direction also impact [pollution levels],” Tainio says. Pollutant levels can fluctuate daily, which, Weichenthal says, could be because of changes in local emissions or from long-range transport of pollutants from forest fires and other sources. As a result, it might be wise to check the current air quality index before heading out to exercise.

All this could lead to the kind of change that Tainio and his colleagues hoped would accompany their recent findings. “If a person is thinking, would that person go to work by car or bicycle, we would say choosing a bicycle would be beneficial to health,” Tainio says. And, in the process, Tainio notes, “if hundreds and thousands of people were to change their travel behavior there would be significantly less air pollution.” 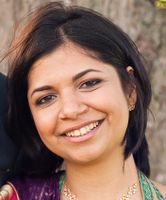