We're in an age when scientists can detect the infinitesimally tiny particles that endow atoms with mass and are probing some of the deepest mysteries of biology, such as how experiences and memories can be passed down through an organism's genes.

Thus, it may come as a surprise that we still don't understand the mechanics of a relatively simple natural phenomenon: snow.

The formation of snowflakes—essentially, the idiosyncratic way that water crystallizes when suspended in our atmosphere—is an extremely complex process that still hasn't been fully described by scientific formulas. "People think that a snowflake is just a frozen raindrop," says Caltech physics professor Kenneth Libbrecht, who's spent the past few decades studying the process of snowflake formation. "But that's sleet, just little ice cubes, and not even close to what a snowflake is."

Over the course of his research, Libbrecht's work has grown to encompass art and science. He's produced both scientific papers and hundreds of beautiful photos of natural snowflakes (which he's published in several different books and had featured on U.S. postage stamps), and also devised ingenious ways to artificially grow snowflakes in a lab to study their formation in microscopic detail.

But it all started, he says, with a trip back to his childhood home of North Dakota. "I was visiting my family back there, and I went outside, and there was all this snow on the ground," he says. "I suddenly thought, 'Why don't I understand more about these snowflakes?'" 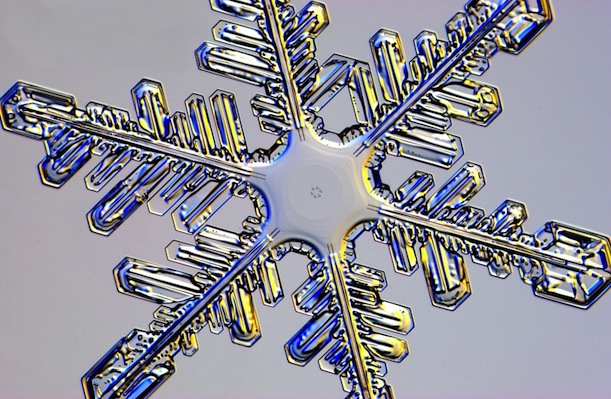 That led Libbrecht to begin studying the dynamics of snowflake formation in his lab, in between researching more esoteric subjects like turnable diode lasers and the noise released by supernovae. "I realized that a lot about snowflakes is just not very well understood, and that ice is a pretty inexpensive material to work with," he says.

The formation of even a single snowflake is a complex event at the molecular level. In nature, it begins when a cloud's water vapor condenses into water droplets. Even at temperatures below freezing, though, most of these droplets typically stay in liquid form, because they need a particle upon which to freeze: either a dust particle or a few water molecules that have arranged themselves into the hexagonal matrix that characterizes ice. 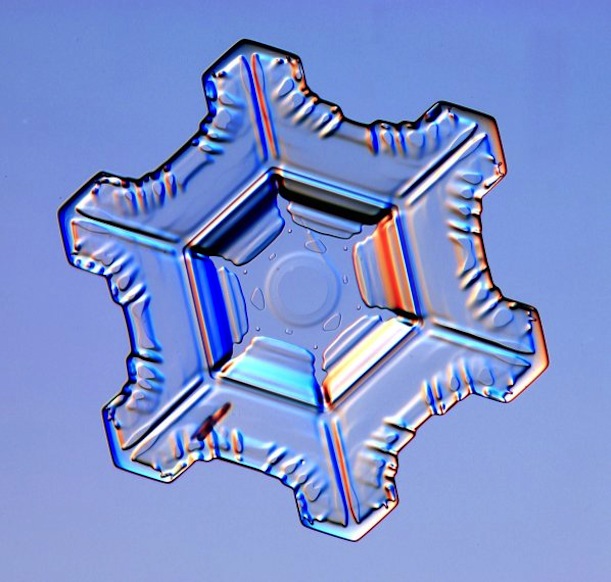 Once droplets begin crystallizing on a central particle, though, the process accelerates rapidly. With a crystal nucleus in place, the supercooled water molecules in the surrounding water droplets readily condense on the crystal, adding to its growth in a geometrically regular way. By the time the large crystal (which we call a snowflake) has left the cloud, Libbrecht estimates that it will have abosrbed the water from about 100,000 nearby droplets.

All that might sound simple, but as Libbrecht and other scientists have discovered, slight changes in the circumstances of these crystals—the cloud's humidity and temperature, for starters—can lead to radically different-looking flakes. To better understand these dynamics, Libbrecht realized, he needed a way to observe the actual growth process of snowflakes. Without a way of embedding himself in a floating cloud, he decided to develop a method for artificially growing snowflakes in his California lab. 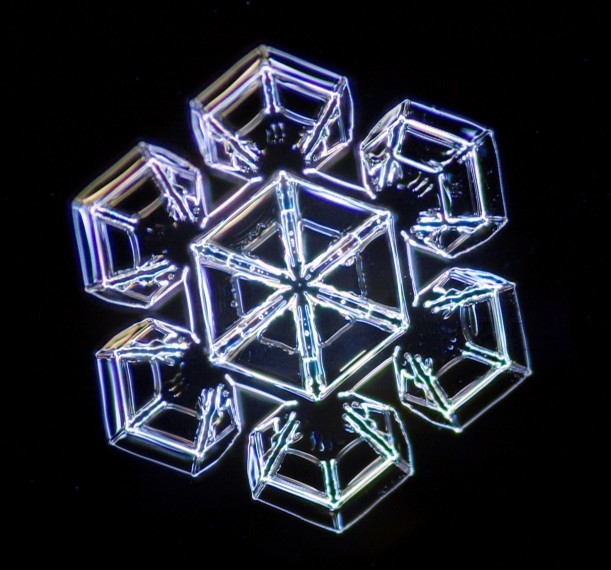 Libbrecht's process, developed over the past few years, is done in a cold chamber and takes about 45 minutes in total. He starts with a completely clean piece of glass, and scatters many microscopic ice crystals onto it. With a microscope, he isolates a particular crystal, then blows slightly warmer humid air onto the glass. The water vapor condenses on the seed crystal, just like in a real cloud, eventually forming a visible snowflake.

Working with this process, Libbrecht has determined the temperature and humidity levels that lead to each particular kind of snowflake. "I call them 'designer snowflakes,' because you can change the conditions as you grow them and predict what they'll will look like," he says. Among other things, he's found that a snowflake with a thin edge grows faster, causing the edge to sharpen even further, ultimately leading to a relatively large flake. Snowflakes that begin with blunter edges, however, grow more slowly and remain blunt, leading to blocky prisms, rather than elegant plates.

Eventually, when Libbrecht wanted to publish a book on his work, he discovered that, although they were good for their time, most of the photos of snowflakes available were out of date, like those taken by Wilson Bentley in the 1930s. In response, he began photographing them himself in high resolution, using specialized equipment and at times colored lights to give the clear flakes increased color and depth. 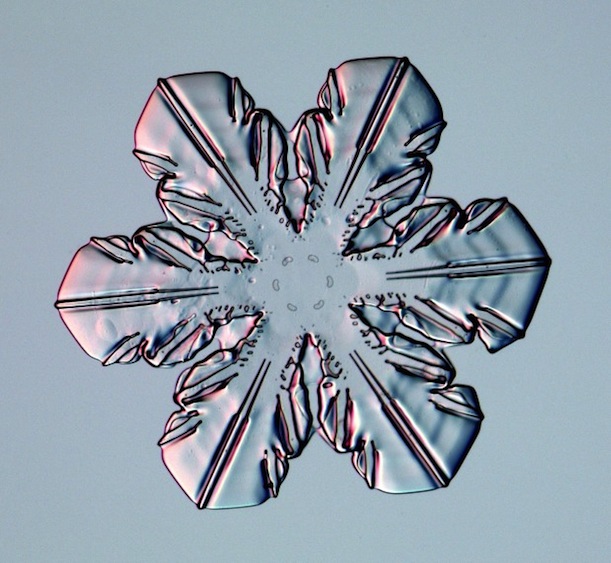 ​What about the common idea that no two snowflakes are alike? "Everybody always asks me that," Libbrecht says.

The answer, it turns out, is a math problem. If you define a snowflake as a mere ten molecules of water, then it's possible for two different flakes to be identical at the molecular level. But for a full-size flake, he says, it's extremely unlikely that you'd fine two identical ones that occur naturally—the same way that the odds of two identical human fingerprints are exceedingly small. "Once you start making things even slightly complicated, the number of possibilities grows astronomically, and the probability of even having two snowflakes that look remotely alike drops to zero," he says. 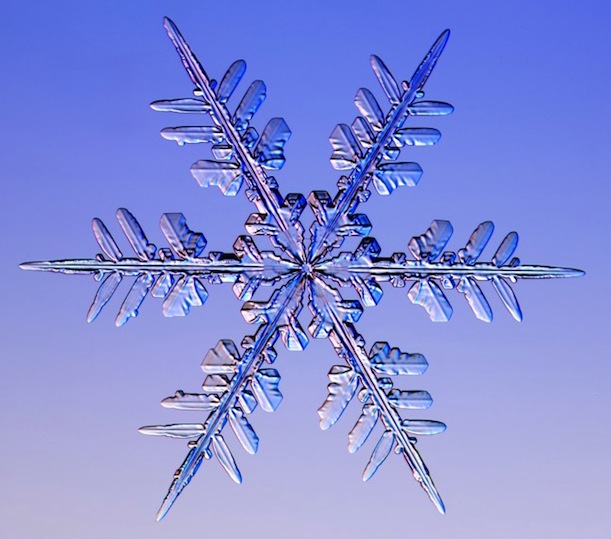