At its heart, science is about curiosity. So it stands to reason that a book about science should make you examine your world more closely, and in doing so, give you a sense of childhood wonder and whimsy. It should make you say, “Oh, wow.”

But the best science and tech writing goes one step further. With delight and mystery—and sans unnecessary jargon and technical details—this genre can help us better understand some of the world’s most complex and abstract concepts, from gravitational waves (Gravity’s Kiss) to Darwinian evolution (The Evolution of Beauty) to antibiotic resistance (Big Chicken). Each of these remarkable tomes from 2017 does just that, shining a light on the hidden connections and invisible forces that shape the world around us. In doing so, they make our experience of that world that much richer. 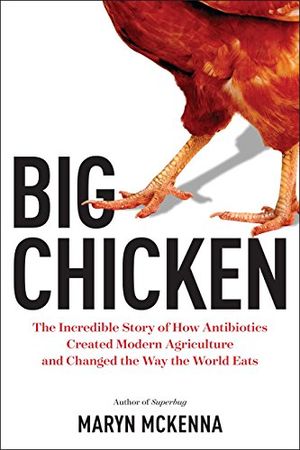 Big Chicken: The Incredible Story of How Antibiotics Created Modern Agriculture and Changed the Way the World Eats

In 2016, the average American ate 92 pounds of chicken. That number is a modern marvel made possible in large part by antibiotics. Investigative journalist Maryn McKenna uses the beefed-up, souped-up modern industrial chicken as a window into how antibiotics transformed modern agriculture—for good and ill. In accessible prose, she traces how animal antibiotics ultimately endanger human health, causing serious problems from antibiotic-resistant stomach infections to UTIs. Finally, recognizing that Americans are going to continue to eat chicken no matter what, McKenna illuminates a way forward in which factory farming weans itself off of its dependence on antibiotics. Maybe we can have our chicken, and our health, too. 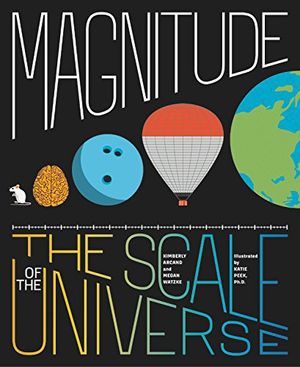 Magnitude: The Scale of the Universe

Sometimes it takes more than words to get across a mind-blowing scientific concept. In 1977, the classic video “Powers of Ten” took viewers from a picnic on Chicago’s lakeside to the outer edges of the universe, blowing open their sense of scale. Now, Megan Watze and Kimberly Arcand take you on a similarly breathtaking journey through space, time, size and speed in this richly illustrated science book. From tiny to massive, novel to ancient, no comparison is too challenging for this visual masterpiece. Among the questions its pages explore: How big is a blue whale compared to Halley’s Comet? What is the difference between 1 million and 1 trillion seconds old? And how does the mass of a human eyelash compare to the mass of the black hole at the center of our galaxy? 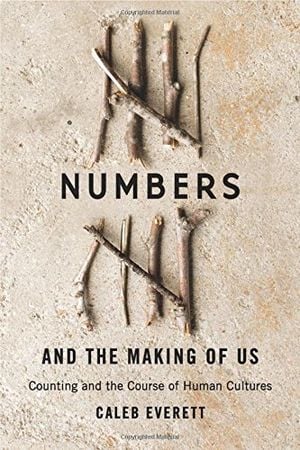 Numbers and the Making of Us: Counting and the Course of Human Cultures

We invented numbers—and then, numbers invented us. In this multi-disciplinary investigation, anthropologist Caleb Everett examines the seemingly limitless possibilities and innovations made possible by the evolution of number systems. Counting, he concludes, is not innate to humans—and yet most societies have found themselves transformed by creating powerful numeric systems. Everett recounts working with indigenous Amazonians known as the Pirahã who lack any kind of number system, where he found that humans can’t naturally distinguish any number above three. How important, then, are numbers? “Without them we seem to struggle differentiating seven from eight consistently,” the author tells Smithsonian.com’s Lorraine Boissoneault. “With them we can send someone to the moon.” 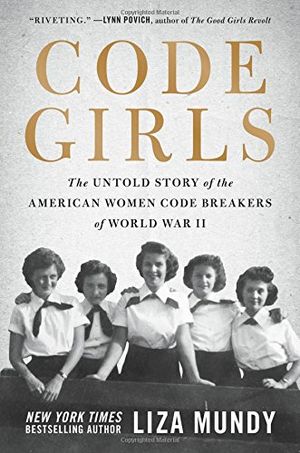 Excavating the lost stories of women in science has recently bloomed into a popular subgenre, and for good reason. Many of these women changed the course of history. And none more so than the group of precocious female codebreakers who helped win World War II by breaking Japanese and German military codes—and whose history has been buried for over 70 years. In one of the best examples of the genre, Washington Post staff writer Liza Mundy tells these remarkable women’s individual stories, intertwined with the broad historical narrative of how military intelligence evolved during this time. In a clear, braided narrative, she reveals how these codebreakers broke both codes and new ground—and why it’s high time they were recognized for their achievements. 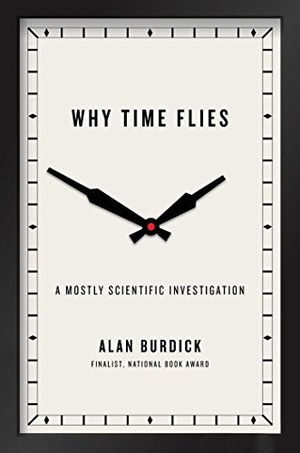 In this “mostly scientific,” always-thought-provoking investigation, New Yorker staff writer Alan Burdick examines the greatest oppressor, master and gift humanity has ever known: time. On first reflection, he writes, it appears that time exists in two distinct forms. One is the standardized, objective kind found in clocks and watches; the other is our internal, biological sense of time, the one we measure in our cells, bodies and minds. But the closer he looks, the fuzzier this distinction appears. “Time is a social phenomenon,” Burdick concludes—a wibbly-wobbly, timey-wimey concept that’s as hard to pin down as it is to agree on a universal standardized time. Worth every minute. 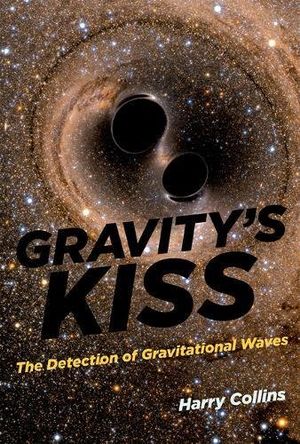 For 50 years, scientists have anxiously sought to detect the ripples in the fabric of space-time known as gravitational waves in the hopes of confirming one of Albert Einstein’s most tantalizing predictions. This long-awaited achievement finally happened in September 2015: Thanks to extraordinarily sensitive detectors, physicists at the Laser Interferometer Gravitational-wave Observatory (LIGO) were able to home in on one of these elusive waves—an achievement that in turn rippled out within the field of astronomy. Sociologist of science Harry Collins guides us on a journey of how this remarkable achievement began, even as these techniques continue to produce ever more breathtaking finds, like this fall’s discovery of an ancient black hole collision. 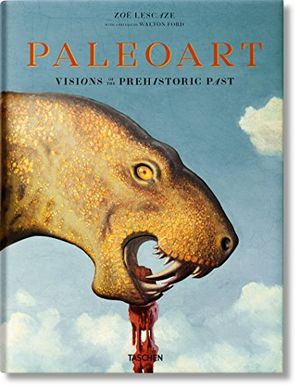 Paleoart. Visions of the Prehistoric Past

Come for the fantastic beasts, stay for the pretty pictures. Dinos have long captured the imaginations of scientists and artists alike, and Paleoart brings those visions together in a sublime blend of human knowledge and creativity. These images reveal our changing understanding of dinosaurs, but also reflect the distinct artistic sensibilities of their time. Some of these images are remarkable in their scientific accuracy; others are “just gorgeous paintings,” writer and art historian Zoë Lescaze tells Smithsonian.com. Hovering somewhere between fine art and educational illustrations, these pictures were undeniably influential: They cemented the public’s idea of what a dinosaur looked like for generations to come. 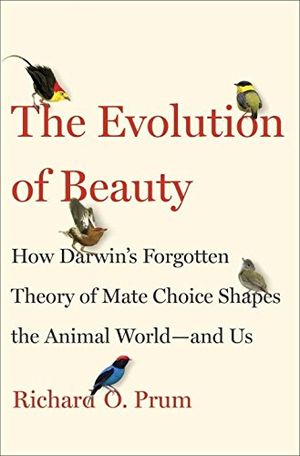 The Evolution of Beauty: How Darwin's Forgotten Theory of Mate Choice Shapes the Animal World - and Us

Picking a fight with Darwinian evolution, 150 years later, is still a sure way to conjure scientific outrage. In Evolution of Beauty, Yale University ornithologist Richard Prum seems to argue against the idea that all structures evolve for a reason; instead, he asserts, beauty in nature evolves merely to please a female’s arbitrary tastes. Prum weaves together a vast number of examples and counterexamples to build what some have called a feminist argument of evolution. But is the idea that female whims are the primary driver of male beauty really so alien? Perhaps this is exactly what Darwin meant in his theory of mate choice, and it’s us that have been misreading him. A celebration of “arbitrary and useless beauty” not to be missed. 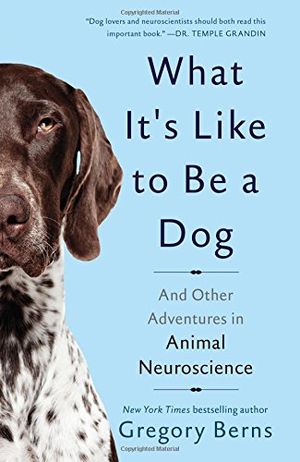 What It's Like to Be a Dog: And Other Adventures in Animal Neuroscience

Does your dog truly love you? For most of history, this has been merely a fleeting thought that haunts dog owners in the hours before sleep, but to which there can be no satisfying response. Thanks to neuroscience, that may be changing, argues psychology professor Gregory Berns in this accessible new book. Berns trained dogs to sit in an MRI machine in order to peer into the brains of conscious, thinking canines for the first time. That pioneering work inspired him to delve deeper into the minds of other animals, from raccoons to sea lions to the extinct thylacine. Berns weaves the scientific with the personal to take this work to its logical conclusion: With their sophisticated ability to think, choose and feel, dogs and other animals do not deserve the cruel treatment humans so often dole out to them. 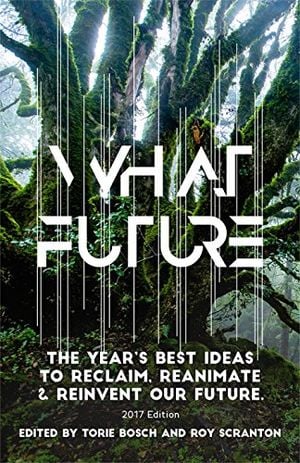 What Future: The Year's Best Ideas to Reclaim, Reanimate & Reinvent Our Future

To hear the tech giants tell it, the future is all virtual reality, self-driving cars and sleek edges. Slate Future Tense editor Torie Bosch and author Roy Scranton do not share these rose-colored Google Glasses. “It is becoming alarmingly difficult to imagine or hope or dream beyond our present,” they write in the introduction to this incisive essay collection. Their selections address the unintended consequences of the forward-looking ideas and technologies we so laud today, from interplanetary colonization to genetic engineering to non-human rights, in a tone Publishers Weekly calls “worried but optimistic.” As a whole, the collection shuns simple black-and-white scenarios for selections that grapple with challenges and nuance; it avoids cliché and blind optimism in favor of unflinching realism.