These Scientists May Have Found a Cure for ‘Bubble Boy’ Disease 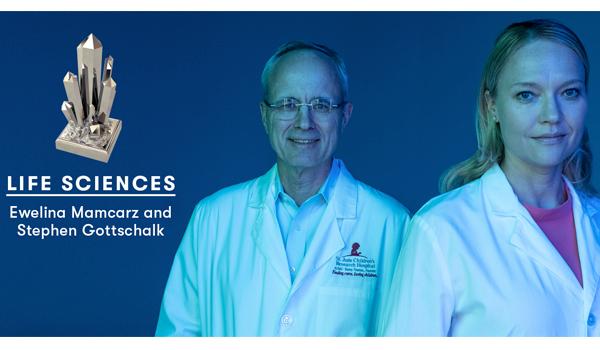 On the morning of April 25, 2018, in Fort Wayne, Indiana, Omarion Jordan came into the world ten-fingers-and-toes perfect. His mother, Kristin Simpson, brought her dark-haired newborn home to a mostly empty apartment in Kendallville, about 30 miles to the north. She’d just moved in and hadn’t had time to decorate. Her son, however, had everything he needed: a nursery full of toys, a crib, a bassinet and a blue octopus blanket.

Still, within his first couple of months, he was plagued by three different infections that required intravenous treatments. Doctors thought he had eczema and cradle cap. They said he was allergic to his mother’s milk and told her to stop breastfeeding. Then, not long after he received a round of standard infant vaccinations, his scalp was bleeding and covered with green goop, recalled the first-time mother, who was then in her late teens. She took him to the hospital emergency room, where, again, caregivers seemed puzzled by the baby’s bizarre symptoms, which didn’t make any sense until physicians, finally, ordered the right blood test.

What they learned was that Omarion was born with a rare genetic disorder called X-linked severe combined immunodeficiency (SCID), better known as the “bubble boy disease.” Caused by a mutated gene on the X chromosome, and almost always limited to males, a baby born with X-linked SCID, or SCID-X1, lacks a working immune system (hence the unusual reaction to vaccination). The “bubble boy” name is a reference to David Vetter, a Texas child born with SCID-X1 in 1971, who lived in a plastic bubble and ventured out in a NASA-designed suit. He died at 12, but his highly publicized life inspired a 1976 TV movie starring John Travolta (Vetter’s personal papers and some of his toys are now part of the collections of the Smithsonian’s National Museum of American History).

Today, technological advances in hospitals provide a kind of bubble, protecting SCID-X1 patients with controlled circulation of filtered air. Such safeguards are necessary because a patient exposed to even the most innocuous germs can acquire infections that turn deadly. As soon as Omarion tested positive for the disorder, an ambulance carried him to Cincinnati Children’s Hospital in nearby Ohio and placed him in isolation, where he remained for the next few months. “I had no idea what would happen to him,” his mother recalled.

Approximately one in 40,000 to 100,000 infants is born with SCID, according to the Centers for Disease Control and Prevention. Only about 20 to 50 new cases of the SCID-X1 mutation—which accounts for about half of all SCID cases—appear in the United States each year. For years, the best treatments for SCID-X1 have been bone marrow or blood stem cell transplantations from a matched sibling donor. But fewer than 20 percent of patients have had this option. And Omarion, an only child, was not among them.

As it happened, medical scientists at St. Jude Children’s Research Hospital in Memphis, Tennessee, were then developing a bold new procedure. The strategy: introduce a normal copy of the faulty gene, designated IL2RG, into a patient’s own stem cells, which then go on to produce the immune system components needed to fight infection. Simpson enrolled Omarion in the clinical study and Cincinnati Children’s Hospital arranged a private jet to transport her and her son to the research hospital, where they stayed for five months.

St. Jude wasn’t the first to try gene therapy for SCID-X1. Nearly 20 years ago, researchers in France reported successfully reconditioning immune systems in SCID-X1 patients using a particular virus to deliver the correct gene to cells. But when a quarter of the patients in that study developed leukemia, because the modified virus also disrupted the functioning of normal genes, the study was halted and scientists interested in gene therapy for the disorder hit the brakes.

At St. Jude, experts led by the late Brian Sorrentino, a hematologist and gene therapy researcher, set out to engineer a virus delivery vehicle that wouldn’t have side effects. They started with a modified HIV vector emptied of the virus and its original contents, and filled it with a normal copy of the IL2RG gene. They engineered this vector to include “insulators” to prevent the vector from disturbing other genes once it integrated into the human genome. The goal was to insert the gene into stem cells that had come from the patients’ own bone marrow, and those cells would then go on to produce working immune system cells. It was crucial for the viral vector to not deliver the gene to other kinds of cells—and that’s what the researchers observed. “After gene therapy, for example, brain cells do not have a correct copy of the gene,” explained Stephen Gottschalk, who chairs St. Jude’s Department of Bone Marrow Transplantation and Cellular Therapy.

In the experimental treatment, infants received their re-engineered stem cells just 12 days after some of their bone marrow was obtained. They went through a two-day, low-dose course of chemotherapy, which made room for the engineered cells to grow. Within four months, some of the babies were able to fight infections on their own. All eight of the initial research subjects left the hospital with a healthy immune system. The remarkably positive results made news headlines after being published this past April in the New England Journal of Medicine. “Experimental gene therapy frees ‘bubble boy’ babies from life of isolation,” the journal Nature trumpeted.

So far, the children who participated in that study are thriving, and so are several other babies who received the treatment—including Omarion. “As a physician and a mom, I couldn’t ask for anything better,” said Ewelina Mamcarz, lead author of the journal article and first-time mother to a toddler nearly the same age as Omarion. The children in the study are now playing outside and attending day care, “reaching milestones just like my daughter,” Mamcarz says. “They’re no different.” Mamcarz, who is from Poland, came to the United States to train as a pediatric hematologist-oncologist and joined St. Jude six years ago.

Other medical centers are pursuing the treatment. The University of California, San Francisco Benioff Children’s Hospital is currently treating infant patients, and Seattle Children’s Hospital is poised to do the same. Moreover, the National Institutes of Health has seen success in applying the gene therapy to older patients, ages 3 to 37. Those participants had previously received bone marrow transplants from partially matched donors, but they’d been living with complications.

In the highly technical world of medicine today, it takes teamwork to achieve a breakthrough, and as many as 150 people—physicians, nurses, regulators, researchers, transplant coordinators and others—played a role in this one.

Sorrentino died in November 2018, but he’d lived long enough to celebrate the trial results. “In the early ’90s, we thought gene therapy would revolutionize medicine, but it was kind of too early,” said Gottschalk, who began his career in Germany. “Now, nearly 30 years later, we understand the technology better, and it’s really starting to have a great impact. We can now develop very precise medicine, with very limited side effects.” Gottschalk, who arrived at St. Jude a month before Sorrentino’s diagnosis, now oversees the hospital’s SCID-X1 research. “It’s very, very gratifying to be involved,” he said.

For now the SCID-X1 gene therapy remains experimental. But with additional trials and continued monitoring of patients, St. Jude hopes that the therapy will earn Food and Drug Administration approval as a treatment within five years.

Simpson, for her part, is already convinced that the therapy can work wonders: Her son doesn’t live in a bubble or, for that matter, in a hospital. He “can play barefoot in the dirt with other kids, whatever he wants, because his immune system is normal like any other kid,” she said. “I wish there were better words than ‘thank you.’”

John David Pittman is a photographer based in Little Rock, Arkansas.