Sending supplies into space is time-consuming and costly, so most proposals for long-term settlements on Mars or the moon include plans to grow plants in local greenhouses. When those greenhouses might actually be needed is still unclear, but Japan, Russia and China have all expressed interest in sending humans to the moon in the next few decades. NASA says its Asteroid Redirect Mission, which aims to capture and steer a small asteroid into lunar orbit, will help develop technologies for a human Mars mission in the 2030s. SpaceX CEO Elon Musk has pledged to land humans on Mars by 2026 using his company's own rockets. And the Netherlands-based group Mars One claims it will send colonists on a one-way trip to the Red Planet as early as 2024.

In the meantime, scientists have made some interesting headway on the science of crops in space, so we’ll be ready to feed any eventual interplanetary pioneers:

Will the local soil allow a Mars garden to grow? To find out, a team led by ecologist Wieger Wamelink at Wageningen University in the Netherlands attempted to grow plants—including carrots, tomatoes and rye—in simulated lunar and Martian soil. The fake regolith was manufactured by NASA using volcanic Earth soils and designed to replicate not only the size of the soil particles but also the geochemical composition. As a control, the team used a nutrient-poor soil collected from a site near the Rhine River in Europe. They did not vary light or atmospheric conditions in their trials, as they reasoned that plants on Mars and the moon would be grown in greenhouses, where such variables could be controlled.

So how might carrots do in alien soil? Surprisingly well, according to the team’s experiments, which were detailed in a recent issue of the journal PLOS ONE.

Thirteen of the 14 plant species managed to grow in all three soil conditions, and many survived the entire 50-day trial period. However, only field mustard and garden cress were able to produce new seeds, and then only in the artificial Martian soil. In general, imitation Mars proved much better for plant growth than fake moon—and it even slightly outperformed the Rhine River soil.

On smaller Mars, the gravity is about 38 percent of what we feel on Earth. NASA has been sending plants into space for decades to test whether reduced gravity affects germination, root growth and overall yield, and that information could be crucial to growing food on the Red Planet. But so far, NASA astronauts have not been able to eat what they sow, as mission managers have been worried about the safety of space-bred crops.

The “Veggie” experiment is the first NASA project that hopes to not only show that space plants are safe to eat, but to also start producing fresh food for astronaut consumption. The plant growth chamber was installed on the International Space Station and activated in May. Inside, astronauts placed special “pillows” containing a soil-like growth medium and seeds of red romaine lettuce. The plants were carefully watered and nurtured by the glow of LED lights. After 28 days, the lettuce was harvested, frozen and stored for return to Earth, so scientists can compare the space lettuce with counterparts grown in a Veggie chamber on Earth.

Make sure you can breathe easy

Hot on the heels of the popular Curiosity mission, NASA’s next Mars rover is slated to land on the Red Planet sometime around 2021. Initial proposals for science instruments to fly on board the rover included the Mars Plant Experiment (MPX). This device would employ a clear “CubeSat” box attached to the outside of the rover, which would hold Earth air and about 200 seeds of a small flowering plant called Arabidopsis. Part of its goal was to see if plants could grow and thrive in the harsh radiation on the Martian surface.

Sadly, MPX was not selected for the rover’s science mission. But the robotic explorer will carry the Mars Oxygen ISRU Experiment (MOXIE), which will try to produce oxygen from the abundant carbon dioxide in Mars’s atmosphere. While not intended to be useful for plants, a system for converting CO2 to oxygen would certainly benefit future Mars gardeners as they tend their crops.

Evidence from Martian satellites and rovers strongly suggests that liquid water once flowed freely on Mars. Most of that water is now thought to be locked away as ice at the poles and beneath the planet’s surface, so future Martian farmers will need to find ways to access this vital resource.

As a first step in its colonization scheme, Mars One plans to send an unmanned lander to Mars in 2018 that will carry an experiment to demonstrate that water extraction is possible. And scientists at the Colorado School of Mines are investigating ways to avoid the painstaking work of drilling for water ice and then melting it. They think microwaves could be used to “cook” the relatively accessible Martian surface soil, and vaporized water could then be collected as condensation using a chilled plate. 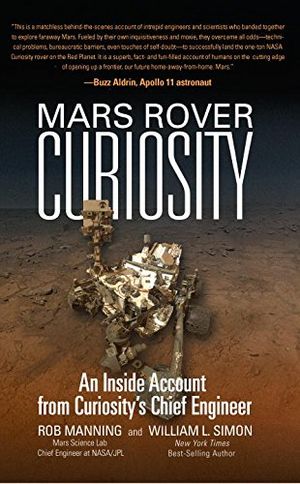 Mars Rover Curiosity: An Inside Account from Curiosity's Chief Engineer 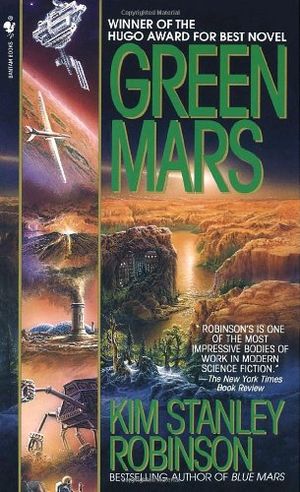 Ker Than is a freelance science writer living in the Bay Area. He has written for National Geographic, New Scientist, and Popular Science.