The smallpox came in the mail, in a little piece of 350-year-old human skin. And the surprise discovery is dramatically rewriting the history of one of the most notorious diseases to plague humankind.

Ana Duggan, an evolutionary geneticist at McMaster University, was collaborating with scientists in Lithuania who were studying desiccated corpses found in the crypt of a church in Vilnius. Out of the more than 500 corpses interred there, most had decomposed, but about 200 were preserved by the cool, dry conditions in the crypt. The sample that startled Duggan came from the leg of a toddler entombed between 1643 and 1665.

Duggan and colleagues were analyzing DNA in the skin sample to learn something about the child’s life and death. While probing for evidence of the JC polyomavirus, a common bug, they tested the sample for virus DNA—and instead found the variola virus, which causes smallpox.

Known for its signature blisters and gruesome deaths, smallpox killed 300 million people in the 20th century and has long been a scourge of humanity. But how long? Scientists have argued that it has been with us for at least 10,000 years. Researchers have found pockmarks on the face of a 3,000-year-old Egyptian mummy. And historical texts describe epidemics of a smallpox-like disease in fourth-century China and second-century Rome.

Still, the 17th-century variola virus DNA detected by Duggan and colleagues is the oldest definitive trace of smallpox that researchers have found. Which is why Duggan and her adviser, Hendrik Poinar, took the next step: After piecing together the genome of the virus in their sample, they compared it with the published genomes of 42 other variola strains collected in the 20th century before 1980, when smallpox was eradicated. As a virus replicates and copies its DNA, errors sneak into the genome at a fairly regular rate; the newer the virus strain, the more mutations it will harbor. Looking at the DNA mutations in all those variola virus strains, and assuming a steady mutation rate, the researchers worked backward to create a variola family tree and calculate the age of the strain that gave rise to all the others, including the one in 17th-century Vilnius.

Duggan and Poinar’s analysis, published in Current Biology, concludes that variola as we know it likely arose in the late 1500s or early 1600s—thousands of years later than researchers currently believe. “We have to go back and rethink it all,” says Ann Carmichael, a historian at Indiana University, Bloomington, who studies smallpox epidemics.

If variola virus didn’t cause deadly outbreaks until about 500 years ago, what was behind the earlier plagues attributed to smallpox? “That’s the million-dollar question,” Poinar says. One possibility, researchers say, is another virus with similar symptoms, like chickenpox or measles.

Another puzzle: If smallpox virus wasn’t around until the late 1500s or so, how did epidemics of smallpox or a similar disease strike indigenous people in the Americas before then? Researchers think those outbreaks might have been triggered by a less virulent ancestor of variola that Europeans had become immune to before they carried it to the New World, where people were susceptible to it. Meanwhile, in Europe, the virus mutated into something more lethal, causing terrible outbreaks, one of which took the life of that Lithuanian child. 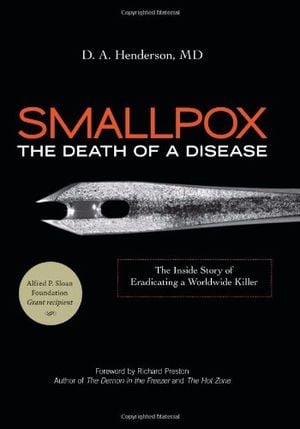 Smallpox: The Death of a Disease

Lizzie Wade has written about archaeology, anthropology, and all things Latin America for Wired, Aeon, Slate, and California Sunday. She lives in Mexico City.