The "quantified self" movement is gradually altering how we go about our day-to-day lives. I know, it sounds like the esoteric jargon that futurists and other technology theorists like to throw around, but there's a good chance you yourself may be an active, albeit unaware, participant.

Every time someone, for instance, counts calories to create a customized meal plan, that person has, in effect, sketched out a portrait of a particular aspect of their persona--composed entirely of data points. Ben Franklin, who intuitively understood the value of recording certain measurable behaviors, created a virtue chart to monitor his progress toward achieving moral perfection. But now, with the ubiquity of technological tools such as smartphones, consumers can conveniently and accurately keep track and improve in many areas of their lives, from budgeting and saving money to getting better sleep. One salient example of technology's immense potential to help users optimize themselves is the Nike+FuelBand, a wristband used to track physical activity and calories burned. The sporting goods giant is ramping up investment to position the device as a platform for a broader interconnected universe of apps and user interactivity. 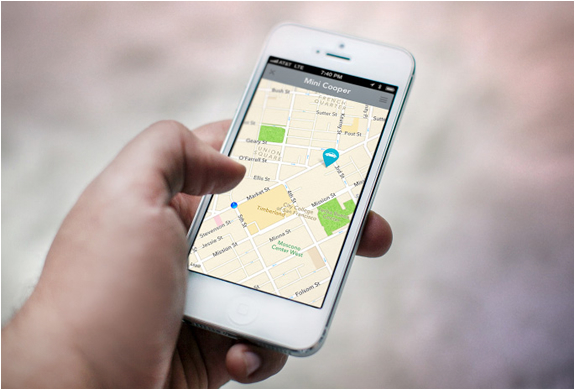 Automatic, a San Francisco-based startup, hopes to implement the same degree of sophistication to a method of energy-efficient driving called hypermiling, a practice in which wallet-conscious drivers seek to extend gas mileage by honing driving techniques proven to keep the miles per gallon high. Their signature product, a gadget compatible with both iOS and Android, was designed to collect and relay vitals such as the distance, duration and fuel costs for each trip. Additionally, it works as a kind of personal trainer for those striving to be more efficient drivers by alerting the person behind the wheel whenever they engage in costly on-road decisions, such as braking too hard.

The activity monitoring component comes in the form of a $99.95 dongle that is inserted into the OBD-II Data Link Connector located underneath the steering wheel (most cars produced after 1996 should have one). Once plugged in, the palm-sized device accesses your fuel, mileage and engine data and transmits it to your phone. The Automatic smartphone app then combines that information with supplemental bits gathered using the phone’s GPS capabilities to generate detailed trip maps that include mileage costs based on the locations of the gas stations you used to fill up.

While en route, the plugged-in unit also keeps tabs on certain driving choices such as fast accelerations, hard braking and minutes spent going faster than 70 mph. Each time the device's built-in accelerometer senses any of these behaviors, it produces a beeping sound to warn the driver. Over the course of the journey, a scoring system integrated into the app deducts points for every wasteful transgression before giving a final score between 60 and 100. The company claims that observant drivers quickly reach the low 90s, according to Wired.

So, does this simple feedback loop actually foster improvements in driving habits? Jim Rossman, a columnist for Dallas Morning News, recently tested the technology for about a month and found it did have a positive effect on how he gets around. "It’s a reminder to try to be smoother with your driving to save gas—and it works. I do try to be smoother with my acceleration and braking just so it won’t beep,” he wrote. And to drive home the benefits of more energy-efficient commuting, the company's co-founder Ljuba Miljkovic cites data such as a Department of Energy report that suggests that avoiding hard braking, acceleration and speeding can improve gas mileage by one-third. The Automatic app claims to help a driver save hundreds of dollars each year.

The Automatic system also includes a number of “smart enhancements,” to assist car owners should they run into car trouble or find themselves in a tight spot. If there is potential mechanical trouble, such as when the car's check engine light does go on, the unit can access the engine code to determine what exactly is malfunctioning. It can also utilize the smartphone's geofencing capabilities to remember where you parked your car. As an added safety measure, the accelerometer is programmed to detect when you've been involved in a crash and automatically puts in a distress call to emergency responders (and a personal emergency contact), providing the exact coordinates of your vehicle's location.

But given that the person behind the wheel adapts to a more efficient--as well as safer--driving style, it's a feature that probably won't be used often.