The dragon resting on its golden hoard. The gallant knight charging to rescue the maiden from the scaly beast. These are images long associated with the European Middle Ages, yet most (all) medieval people went their whole lives without meeting even a single winged, fire-breathing behemoth. Dragons and other monsters, nights dark and full of terror, lurked largely in the domain of stories—tales, filtered through the intervening centuries and our own interests, that remain with us today.

As Halloween approaches, we’re naturally thinking about scary stories. Though horror today is most often about entertainment—the thrill of the jump scare or the suspense of the thriller—it hasn’t always been that way. In the European Middle Ages, monster stories served as religious teaching tools, offering examples of what not to do, manifestations of the threats posed by the supernatural and the diabolical, and metaphors for the evil humans do to one another.

Medieval people told tales about all kinds of monsters, including ghosts, werewolves and women who turned into serpents on Saturdays. But dragons held a special place in both the modern imagination and the medieval one. As historian Scott Bruce, editor of the newly released Penguin Book of Dragons, explains, dragons in the medieval mindset stood “as the enemies of humankind, against which we measure the prowess of our heroes.” As such, they were neatly and easily folded into Christian tradition, “often cast … as agents of the devil or demons in disguise.” 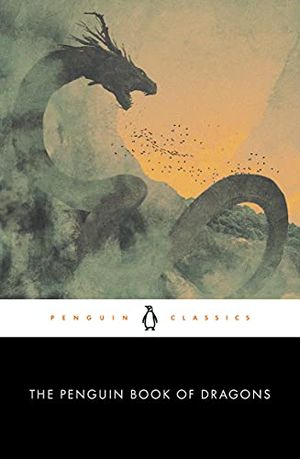 Two thousand years of legend and lore about the menace and majesty of dragons, which have breathed fire into our imaginations from ancient Rome to "Game of Thrones"

Over the past few years, Bruce, a historian at Fordham University, has developed wide-ranging expertise in how medieval people talked about monsters. In 2016, he published The Penguin Book of the Undead, and in 2018, The Penguin Book of Hell. Collections of texts from the ancient, medieval and early modern worlds, these books allow readers to see for themselves how people from the past thought about things that went bump in the night. According to Bruce, one of the reasons he collaborated with Penguin on the series is that he wanted to make “these fascinating themes … accessible to general readers,” demonstrating that monsters of the past are not the same as modern ones.

Though they sometimes appeared as foes to be overcome in valiant single combat, dragons in the European Middle Ages more often figured in accounts about the lives of saints and religious figures than stories of heists and adventures. In the sixth century, for example, French bishop and poet Venantius Fortunatus wrote about a bishop of Paris named Marcellus, who, in front of the gathered citizens of the city, drove off a dragon that had devoured a sinful noblewoman’s corpse. The bishop bonked the dragon on the head three times, led it through Paris on a leash, then banished it back to the forest so it would never trouble the city again.

Similarly, the Byzantine historian Michael Psellos wrote in the 11th century of a dragon that tormented Saint Marina. Thrown in jail and tortured by a Roman official who wanted to sexually violate her, Marina encountered a demon in the form of a dragon. The monster threatened her, ignored her prayers and swallowed her whole. Undeterred, writes Bruce, Marina “made the sign of holy Christ, and, as this sign went down ahead of the rest of her, they ruptured the dragon’s innards. … [H]e was split asunder and died.”

Dragons could also embody, in scales and fire, the defeated menace of paganism, as was the case with Saint George. A third-century military saint from the eastern Mediterranean, George supposedly slew his dragon in the Roman province of Libya in North Africa. For later Christians, this monster represented the pagans of the era, threatening the virtue of Christian maidens only to be defeated by the knight. By the time dragon-slaying became the most commonly portrayed element of his story, during the High Middle Ages, George‘s battle was also used to talk about contemporary Western knighthood and conflicts between Christians and Muslims. The saint was heavily invoked, for example, by the Latin Christians who took Jerusalem in 1099.

Thus the monsters of the medieval era are simultaneously natural and supernatural, both metaphors and more than that. Venantius’ dragon is a creature of the forest, while Psellos’ dragon is another form of a demon. George’s dragon embodies the church’s very human enemies. In each case, these dragons are part of the landscape—a danger to be confronted, or at least pondered, in everyday life. Medieval people weren’t more superstitious or credulous than modern ones. For people of the past, however, monster stories weren’t just about being scary. They were moralizing tales that held warnings and lessons for Christians hoping to achieve salvation.

In this way, perhaps our own modern world is not so different. In Venantius’ story, the dragon haunts a tomb as a (super)natural punishment for the deceased’s sins, offering a warning that those sins will be known. Psellos’ dragon appears in a prison, a supernatural manifestation of danger posed to Marina by the government official. And George’s dragon patrols the borderlands of the civilized world, representing the dangers of perceived outsiders. We in the 21st century have different anxieties, different boundaries drawn around us—but we still have monsters.

Look again at our own scary tales, and you’ll find our deepest fears. Freddy Krueger lurks in our neighborhood, ready to murder our kids. Skynet, from the Terminator movies, is just one of many reflections of our fear of machines taking over. The Demogorgon, a monster from the Netflix series “Stranger Things,” emerges from secret government experiments. As “Monster Theory” scholar Jeffrey Jerome Cohen once asked, “Do monsters really exist? Surely they must, for if they did not, how could we?”

Monsters, both medieval and modern, are indeed a part of our everyday lives. We wonder along with Venantius if someone can be forgiven for the harm they’ve done to others in their life, how we can reckon with the consequences of those actions after the sinners have died. Like Psellos, we can understand the torment and inner strength of a young woman suffering abuse at the hands of a powerful man. That common humanity, the one that creates monsters to terrify, as well as the one that has to face those monsters, is what fascinate us as historians, that led us to tell similar stories (admittedly with only one dragon) in our forthcoming book. The monsters we see in our imagination, as well as the monsters that will be knocking on our doors this Halloween, are ultimately versions of ourselves.