Imogene Rechtin was seized by disgust and terror. Standing in a reception line at a women’s society event in Cincinnati in 1910, she watched as the hostess approached, welcoming each of the “30 or 40 women” ahead of her with a kiss on either the cheek or the lips.

“If only I had something to show that would prevent my being kissed,” she thought to herself.

A middle-aged mother of two with a deep-seated fear of germs, Rechtin had long since convinced her husband of the pernicious health risks associated with “promiscuous kissing.” At the time, a woman of Rechtin’s class could hardly go a day without encountering a smattering of smooches. A peck on the mouth was the standard greeting between female friends, as common as a handshake today. This Cincinnati soirée, with its blatant swapping of bacteria, proved to be the final straw for Rechtin, who over the next year and a half spearheaded a short-lived, largely unsuccessful national movement to abandon the practice of kissing.

Naming her group the World’s Health Organization, Rechtin distributed circulars outlining the case against kissing and mailed out buttons labeled “Kiss Not” for a 5-cent contribution. She and her hundreds of acolytes—most of them women—campaigned against kissing in all contexts, from the privacy of the bedroom to casual gatherings with friends.

“It is only in unity that sufficient strength can be gained to convince the civilized world that kissing is pernicious and unhealthful,” Rechtin declared in a public appeal.

Enduring the ridicule of journalists and the scorn of the medical community, the push ultimately failed to sway public opinion at large. But Rechtin’s concerns weren’t entirely unfounded. At a time of widespread public health crises and evolving ideas about how illnesses spread, kissing was an easily avoidable vector of disease.

Until recently, Rechtin’s story was more or less lost to history. Now, however, a new article in the Journal of Social History recounts her ill-fated campaign.

“She was basically right,” says study author Peter C. Baldwin, a social historian at the University of Connecticut who stumbled across Rechtin’s story while trawling through newspaper archives. “She basically understood what medical science was teaching us at that time.”

Behind Rechtin’s revulsion was a shifting understanding of disease. In the decades following the Civil War, doctors and researchers built on a nascent understanding of germs to refute outdated ideas about the causes of infection, like miasma theory, which blamed the foul air of decay and refuse. The real culprits, experts were beginning to realize, were microscopic germs—bacteria and viruses that could be readily transferred from person to person.

That discovery “sets off this … evolution of what people get crazy about,” says Nancy Tomes, a historian of the Progressive Era at New York’s Stony Brook University and the author of The Gospel of Germs: Men, Women, and the Microbe in American Life. “By the turn of the century, it’s casual infection—coughing, spitting, sneezing, hand shaking. ... Any skin-to-skin contact ... really just [has] almost a phobic quality to it.”

When Rechtin started her campaign, typhoid, cholera and syphilis outbreaks were still common occurrences. Tuberculosis, for which no cure was then known, was responsible for as many as one-third of all deaths in Europe in the 19th century.

In the first half of that century, public health officials sought to combat these diseases with collective civic measures like sewer works and clearing out low-income housing. But as the “unseen threat” of germs became more widely known, says Tomes, experts placed an increasing emphasis on changing human behavior.

“The old public health … sought the sources of infectious disease in the surroundings of man; the new finds them in man himself,” wrote health official Hibbert Hill in 1913.

In 1896, New York City passed an anti-spitting ordinance that aimed to curb the spread of tuberculosis, with penalties of up to one year in jail. Elsewhere, physicians decried the use of a common Catholic communion cup as a “menace to public health.” In circulars distributed to school boards, public health crusaders like Charles V. Chapin implored teachers to instruct children on the dangers of venereal disease and the virtues of toothbrushing.

“Children should be taught that their bodies are their own private possessions, that personal cleanliness is a duty, [and] that the mouth is for eating and speaking,” wrote Chapin in 1901.

With this shift, responsibility for public health moved definitively from city hall to the suburbs, where women like Rechtin often led the charge. Under an already old-fashioned theory of gender politics, enforcing the norms of proper comportment and behavior fell firmly in the woman-dominated domestic sphere.

By Rechtin’s time, says Tomes, women of means had long been using this ideology “to get out of the house” and spearhead campaigns for the improvement of society. In a seminal 1984 essay, historian Paula Baker described these movements as “municipal housekeeping,” a way in which “women sought to bring the benefits of motherhood to the public sphere.”

Setting up the World’s Health Organization in her Cincinnati living room, Rechtin was following an already “well-trod[den] path,” according to Tomes. Even her hostility to kissing wasn’t wholly unprecedented. Per Baldwin’s paper, several previous health campaigns attempted to limit the practice, albeit not quite so zealously. An Atlanta woman named Avis Boyce, for instance, traveled the country in 1907 to stop the widespread practice of baby kissing. As she told the Chicago Tribune, “There is no way to pasteurize kisses.” (Boyce acknowledged that grown-ups were “hopeless cases” unlikely to ever quit kissing.)

As if to inspire future Rechtins, in 1908, the Washington Post even ran a story in which a Philadelphia doctor said she “firmly believe[d] that the day will come within a generation when a formidable anti-kissing movement will be established.”

“[K]issing practically will be confined to the lower classes,” she predicted, “the educated people having been brought up to see the evils of the habit.”

Compared to other health campaigns of her day, Rectin’s campaign against kissing was far from unusual. The turn of the 20th century saw a dizzying array of wellness gurus and gospels, some far more bizarre and groundless than a ban on kissing.

Like Rechtin’s, many of these campaigns saw human behavior as the key to disease control, seeking in particular to control lustful, impure or excessive impulses. Political scientist Sylvia Tesh, in her 1982 history of public health, connected this trend to a widespread belief that one could defeat disease by “throw[ing] off ancient ‘artificial’ strictures and liv[ing] in a manner consistent with natural law.”

Sylvester Graham, inventor of the graham cracker, cautioned against the disease-causing properties of meat and hot food, instead advocating a simple vegetarian lifestyle. Fasting fads numbering in the dozens demanded adherents weigh their stool and undergo daily enemas to avoid the dangers of fecal “self-poisoning.”

Many of these campaigns were far more successful than Rechtin’s. Horace Fletcher, the “Great Masticator,” advocated chewing food until it “liquefied” and poured naturally down the throat; his advice proved so popular that it spawned the term “fletcherize,” meaning to chew food slowly and thoroughly. “Never forcibly swallow anything,” he wrote. “It is safer to get rid of it beforehand than to risk putting it into the stomach.”

Yet of all the bizarre turn-of-the-century health trends, Rechtin’s was perhaps the most grounded in actual science.

Rechtin was eventually able to claim more than 1,000 adherents, including some 70 brides who donned “Kiss Not” buttons at their weddings. But she faced relentless hostility from the press.

“It’s very clear from the articles that reporters find this ridiculous,” says Baldwin. “They’re thinking that on its face, what she’s saying is so absurd that they can add color to their article by quoting her extensively.”

The medical and scientific communities were similarly dismissive. Much of the criticism, writes Baldwin, painted the idea as impractical and excessive, even paranoid. One prominent official’s editorial in the Washington Post decried Rechtin’s organization as “a society for the prevention of pleasure.”

“Take a darkened nook on a moonlit night, with the beams playing around a couple idly swinging in a hammock; let the antikissing society get to work in such a case, and see what happens,” it read. “You can’t keep it down and there’s no use trying… so long as good, red blood courses through the veins of American youth.”

Baldwin argues that the men of Rechtin’s time doth protest too much. Behind their disdain was a reluctance to cede to women their right to bodily autonomy, he writes, adding, “Young women, in particular, had to be alert for the possibility that any man, whether stranger or trusted friend, might grab them and try to kiss them.”

Tomes points out that earlier public health campaigns against spitting took aim at lower-class men for spitting in the path of rich women to grab their attention—a form of street harassment that was common in Rechtin’s time.

“[But] what’s interesting about Imogene is she’s really pushing back against men of her own class,” Tomes said. “She’s really trying to set a boundary that we can recognize today as ‘don’t touch me without my consent.’”

Ultimately, Rechtin’s campaign failed to survive her critics. After a year and a half of campaigning, the World’s Health Organization disappears from the record. “Her campaign basically goes nowhere,” Baldwin says, “and it runs up against … a whole bunch of problems.”

By the 1920s, women’s sexual politics had shifted dramatically. “The ‘new woman’ of the 1920s discarded 19th-century womanhood by adopting formerly male values and behavior,” wrote Baker in her 1984 essay. Baldwin, meanwhile, says that “these modern women are enjoying sex just like men enjoy sex,” making an anti-kissing campaign seem dangerously out of fashion.

Not long after, the introduction of effective antibiotics changed the public health landscape dramatically, greatly reducing the risk of dying from common infectious diseases. The anxiety about hidden germs lurking behind every kiss gave way to a more relaxed attitude toward dirt and disease.

In the end, Tomes deems Rechtin’s failed campaign a product of a period when the philosophy of public health was changing, from behavior-based approaches to societal problems to more targeted scientific solutions. “[Rechtin is] kind of caught in this transition to what public health becomes,” she says.

The dieting charlatans and great masticators who outshone Rechtin in her day would soon be reined in, too. In 1910, U.S. science administrator and politician Abraham Flexner successfully pushed to formalize the practice of medicine and greatly suppress what he called the “quackery” of alternative wellness gurus.

For Baldwin, Rechtin’s story is ultimately a reflection of just how little “following the science” can matter in matters of public health. When it comes to the dangers of kissing, Rechtin was right—but as time proved, in the words of one newspaper headline, it was simply “too pleasurable a pastime to abolish.” 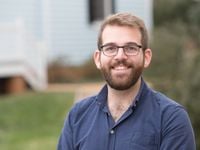 John Last is a freelance journalist and producer based in northern Italy. He writes on history, religion, and politics from locations around the globe. Follow him on Twitter @johnwlast.