George Washington received many a fan letter—he was, after all, the most famous man in the newly free United States. One of his admirers, Patience Wright of London (formerly of New Jersey, Philadelphia and New York), wanted to pay tribute to the future president by creating an enduring representation of his stately visage. Wright, a sculptor who created models of faces so like the original they fooled many an onlooker, had shaped the most famous heads of the day, her two chief materials being warm wax and, as some of her contemporaries sniffed, a rather vulgar manner of relating to her subjects.

To sculpt George Washington, to whom so many ardent patriots were fiercely devoted, would be the feather in Wright's cap.

Patience Wright (née Lovell) was born on Long Island in 1725, into a family of Quaker vegetarians who insisted that she and her sisters dress exclusively in white as a symbol of their purity. By all accounts a headstrong, spirited personality, Patience and her sister Rachel amused themselves by sculpting small figures out of bread dough, a habit in which she persisted when the family relocated to New Jersey.

Young Patience's first major act of rebellion was to escape the family home and light out for points south. Landing in Philadelphia, she was by 1748 wed to a barrel maker named Joseph Wright, who was some years older. Wright was less than thrilled with her groom's romantic prowess—he had, she wrote to a friend soon after their marriage, “nothing but Age and Money to recommend himself to her favour.” Still, the couple would have five children. 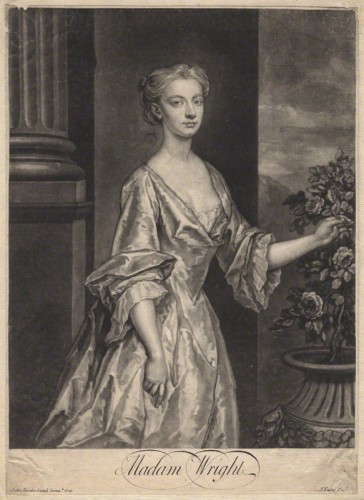 After her husband died, in 1769, a trick of wills and inheritances meant the 40-something widow remained in the family home in Bordentown, New Jersey, but had no cash income, and she quickly realized she needed it. If she could earn it herself, all the better.

In connection with her sister Rachel, also a widow, Patience returned to the figure sculpting of her childhood. This time, though, she worked on a larger scale, creating likenesses so real that those who saw her work swore the figures were alive. Wright's method of sculpting soon became as famous as her work itself: Wax, to be molded, must be kept warm; Wright worked the material in her lap and under her skirts—and then revealed the fully formed heads and torsos as though they were being birthed. Then she would painstakingly insert glass eyes, color the lips and cheeks, and even apply tiny sets of eyelashes to give the faces the glow of life.

By 1770, Patience and Rachel had become successful enough to open a waxworks house in Philadelphia and another in New York City. The Manhattan outpost, on Queen Street, was the more successful of the two, but when fire ravaged the block in June 1771, all of Wright's work was destroyed. Once more, she was left to make her own way.

It is here that Patience Wright crossed paths with history.

A chance meeting with Jane Mecom, the sister of Benjamin Franklin, afforded Wright an introduction to the who's who of 1770s London. Landing on British shores, she quickly found herself—and her work—in high demand. Armed with a letter from Franklin, she set about sculpting the faces of lords, ladies and members of Parliament, most of whom were unprepared for this “Promethean modeler” who wore shoes made of wood and kissed members of both sexes and all classes on each cheek.

Wright's informal manner was something of a shock to the courtly set, and yet not entirely unwelcome. Her base language and friendly liberties, coupled with her work in a medium distinct from any art yet seen, made Wright something of a novelty—wholly American. Rough-hewn but strong, coarse but honest, she was the New World made flesh. It didn't hurt, of course, that her subjects were members of the Old World's uppermost ranks, and she delighted them with plainspoken praise. Flattery, it seems, was a language understood by all worlds. (Abigail Adams was an exception: after meeting Wright at a London party, she wrote to her sister: "Her person and countanance resemble an old maiden in your Neighbourhood Nelly Penniman, except that one is neat, the other the Queen of sluts.")

Patience's work and her reputation carried her to places commoners (let alone American commoners) rarely had access to. In the name of art, she even breathed the same air as the King and Queen of England.

George” and “Charlotte”, as she referred to the monarch and his consort, were taken with Wright's abilities and manner, and even allowed her to chide them for not allowing their American colonies. Wright's ally in this was William Pitt, Earl of Chatham, a supporter of the colonies and one of Wright's most devoted patrons. 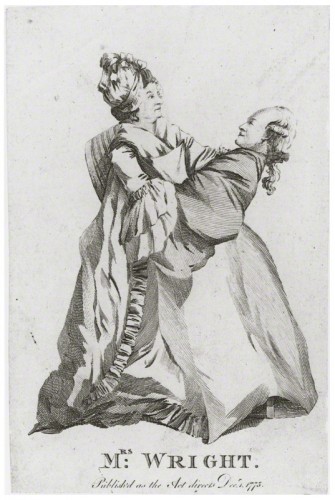 At some point, Wright took it upon herself to begin sending information of a sensitive nature to those who might find it useful. To Benjamin Franklin, in particular, she seemed intent on becoming of use to the growing independence effort. Her secrets, gleaned during sculpting sessions, were primarily related to the movement of members of Parliament and speculation about which Britons might be persuaded to support the revolution, which by 1776 had begun in earnest:

to say the parlement will not meett untill more explicit acount comes from Ld. How, by a vesel sent for that purpose to bring Inteligens &c. This deception has gave meney of the wise English membrs to go on ther pleasures some one way some to ther Contry seats, that by thir means only about 50 membrs will attend at the cokpitt nor be ready at the House to apose the renewil of the aCursed act that keeps poor Platt confind in Newgate with others of our Contry men.

Wright would pass letters to America hidden in wax heads and busts, her sister Rachel would claim after Patience's death: "how did she make her Cuntry her whole attention, her Letters gave us ye first alarm…she sent Letters in buttons & pictures heads to me, ye first in Congress attended Constantly to me for them in that perilous hour."

Alas, Wright's work as a spy wasn't all she wanted it to be—after war broke out, she fell out of favor with the London set. Her name appears in no British newspaper after 1776, and her audiences with the royal family were almost certainly cut off as she refused to conceal her political agenda. Legend has it she scolded the king and queen after the battles of Lexington and Concord, her stridency shocking all present.

Franklin, too, grew weary of her—her letters to him become increasingly urgent as months pass without a response:

This is the 5th lettr I have wrot to Dr. Frankling and meny other to mr. Scayrs [Sayre], Bankcroft &c. none of which I have Recd. any answr. Mrs. Wright most respectful Complnts to dr. Frankling and hopes he is well, and most humbly begs some direction how to proced.

Wright alienated her American friends even more when she pressured Franklin to support a rebellion in Britain itself. Writing to him in France, she encouraged him to lend his services to “poor and oppressed” Britons as spiritual brothers and sisters of the American Revolution. Franklin seems to have regarded this idea as patently ridiculous—he never responded.

In 1780, Wright decamped to Paris, where she hoped to open another waxworks. She created another bust of Franklin and tried to make acquaintances with notable French politicians, but that country, on the cusp of its own revolution, was not primed to warm to her behavior or her work. Large wax models had fallen out of favor and been replaced by smaller, less detailed figures that cost less to produce.

Patience returned to London in 1782, where she penned her adoring letter to Washington (with whom she would never get the desired audience), as well as another to Thomas Jefferson, begging to make herself and her art of service once more:

I most sincerely wish not only to make the likeness of Washington, but of those five gentlemen, who assisted at the signing the treaty of peace, that put an end to so bloody and dreadful a war. The more public the honours bestowed on such men by their country, the better. To shame the English king, I would go to any trouble and expense to add my mite in the stock of honour due to Adams, Jefferson, and others, to send to America.

Jefferson's lack of response tells us all we need to know about the desirability of her offer.

Wright's sister Rachel, ever devoted, wrote to Franklin, asking for funds and assistance related to Patience's burial. There is no evidence she received a reply, and though she took the matter all the way to the Continental Congress, that group of men, once so taken with Patience Wright, demurred. So the “famed Mrs. Wright” was buried somewhere in London, on a site unknown by her family and forgotten by history.

Wax is not an enduring substance. The ease with which it is molded is equal to the ease with which it might be altered or destroyed. Madame Tussaud, working in the decades after Wright's death, would be remembered as a great chronicler of the French Revolution, and some of that artist's early work still remains intact in London museums. Patience Wright's work has all but vanished from the artistic record. Her house in Bordentown still stands, and paintings of the woman herself abound, each trying and failing to capture the wild energy that had so enchanted her subjects.

Of Wright's actual wax figures, only one is extant: a bust of William Pitt, produced after the Earl's death. It remains in Westminster Abbey, an architectural representation of the British Empire if ever there was one. It stands in a corner, still perfectly molded after more than two centuries, across the sea from the soil that molded Wright herself.