Peter Freedman saw danger in the unfamiliar faces around him. It was August 1850, and he had come to Philadelphia looking for parents he had not seen in decades—not since he was separated from them as a child and sold south. The journey from Alabama had been long and arduous, but now that he was here, he was unsure if he should have come. Would he even recognize his parents if he saw them? It had been more than 40 years, after all.

He had good reason to be wary. Though he was now legally free, having purchased his own freedom after decades of bondage, he’d heard stories of kidnappers who were on the lookout for unsuspecting Black men like him. Some of these kidnappers even posed as abolitionists. 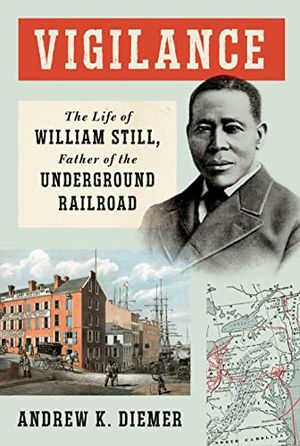 Vigilance: The Life of William Still, Father of the Underground Railroad

The remarkable and inspiring story of William Still, an unknown abolitionist who dedicated his life to managing a critical section of the Underground Railroad in Philadelphia—the free state directly north of the Mason-Dixon Line—helping hundreds of people escape from slavery.

Upon arriving in the city, Freedman went to the boardinghouse of James Bias, a Black doctor he was told he could trust. Bias was out of town. Instead, his wife, “a bright mulatto woman, with a kind smile and a pleasant voice,” as Freedman later recalled, welcomed the visitor and arranged for a guide to help him look for his parents.

The two men walked around the city, inquiring among Black men and women they met if any had known a man named Levin and his wife, Sidney, who had lost two children 40 years prior. Freedman and the guide spent two days conducting their search with no success.

At this point, Eliza Bias suggested Freedman go to the local Pennsylvania Anti-Slavery Society office, to speak to a man named William Still who worked there and might be able to help him.

It was about 6 in the evening when Freedman set out with his guide. He had the sense that the guide did not believe his story, and this only accentuated his anxiety. When they finally reached the office, Freedman peered through the window and saw a young Black man, neatly dressed, writing at a desk.

When they entered, the young man, tall and dark-skinned with short-cropped hair and strong features, rose to greet them.

Still was not yet 30. He was born free in New Jersey in 1821, the youngest of 18 children, to parents who had been enslaved, and from an early age was drawn to the antislavery struggle. In time, he would rise to prominence as a leader of the abolitionist movement, and he would continue his work on behalf of Black rights in the decades following the Civil War. When he died in 1902, he was one of the most famous and respected Black men in America; newspapers across the country called him “the father of the Underground Railroad.” But there was perhaps no moment in his life more remarkable than this unlikely but pivotal encounter one August night with a man he had never met.

It was unlikely, but no coincidence, because Still had placed himself at the center of a vast network of people who were committed to aiding fugitives from slavery in their dangerous flight north. This network was built on word of mouth, on carefully compiled records, on letters and telegraph wires, on steamship lines, railroad tracks, and country roads, all converging on Still and the Anti-Slavery Society’s Philadelphia office.

Still’s job was to ensure that fugitives moved through Philadelphia as safely and efficiently as possible. This meant coordinating with allies outside of the city, sometimes in towns just miles outside of Philadelphia, other times in Southern port cities as far away as Norfolk, Virginia. It meant making sure that when fugitives arrived in the city, they were met at the docks or the train station and guided to a safe place to stay—often the Still family home. It meant providing medical care, food, a bath and a haircut to fugitives who had often been on the road for days or weeks, in addition to gathering information from informants across the city in order to anticipate the actions of the slave hunters who prowled the city.

All of this cost money, and Still was also responsible for raising that money and making sure the money was accounted for. Each expenditure was carefully recorded in his neat hand. Still’s work sometimes brought him face to face with the enemy—an arrogant slaveholder on the Delaware docks or a villainous slave catcher in a Philadelphia back alley—but most often his work found him, as he was that night when Freedman walked in, seated at his desk, writing.

“Good evening, sir,” Freedman’s guide said when they entered Still’s office. “Here is a man from the South that says he is hunting for his people, and he wants to make me believe he was born in Philadelphia.”

Still looked at Freedman. “What were your parents’ names?” he asked.

Freedman told him about his parents, his older brother Levin and his sisters. “Nineteen years ago, my brother died in Alabama,” he said, “and now I’ve bought my liberty and come back to hunt for my relations.”

Still asked him to repeat the names and inquired if there was anybody else Freedman could remember, peppering him with questions as though he did not believe what Freedman said and was hoping to catch him in some inconsistency. Then, apparently satisfied, he told his visitors he needed to finish preparing the mail and asked them to wait.

When he returned, after nearly an hour, he said, “It will take some time to look over these papers, and this man may as well go home.”

The guide rose to leave, and Freedman, anxious that these men were conspiring against him and seeing an opportunity to escape, rose as well. “I’ll go, too,” he said.

Once the guide left, Still sat next to Freedman and looked him directly in the face. “Suppose I should tell you that I am your brother?” he said, his voice now trembling. “My father’s name was Levin, and my mother’s name is Sidney, and they lost two boys named Levin and Peter, about the time you speak of. I have often heard my mother mourn about those two children, and I am sure you must be one of them.”

By the time Still came face to face with his long-lost brother, he had already committed himself to aiding fugitives from slavery. But he would later recall that the unexpected reunion inspired a new commitment to keeping detailed records of his work, in order to enable the reunions of other families torn apart by slavery and the flight to freedom.

This work became increasingly dangerous in the 1850s, after the passage of the Fugitive Slave Law, which strengthened the hand of slave catchers operating in Northern cities like Philadelphia. Despite the risk, Still felt that if the society could provide fugitives some possibility of “restoration of lost identities, and the reunion of severed relationships,” it would be worth it. Ultimately, he was able to preserve records about a substantial portion of the perhaps 1,000 fugitives he aided in his time at the Anti-Slavery Society.

A deeply personal part of that work was his effort to help his brother. After their remarkable meeting, the two traveled across the Delaware River to New Jersey, where most of the Still family lived. There, Peter (who eventually took the last name Still) was reunited with his mother, who was by then nearly 80. “O, Lord,” she cried upon seeing him, tears running down her cheeks. “How long have I prayed to see my two sons!”

Eventually, Still helped Peter free his wife and children, who remained in bondage in Alabama. After a failed attempt to help them escape north, Peter eventually raised enough money to purchase their freedom and bring them to the North—an effort aided by his brother’s extensive connections among wealthy abolitionists. Peter and his family settled in New Jersey, not far from his mother and many of his brothers and sisters.

Alongside his abolitionist work, Still pushed for the rights of Black people—not just freedom from slavery but the full rights of American citizenship. He fought for the desegregation of Philadelphia’s streetcars. He pushed for economic progress, including the right to hold the well-paying jobs that so often excluded Black Americans. He encouraged them to start businesses as the likeliest route to economic success. He himself became a prosperous coal dealer, and he called for others to follow in his footsteps. He also advocated for Black people to be granted the right to vote, and then worked to persuade Black voters to wield that right in a way that promoted the interests of their community.

Yet the question remains why a man who was once called the “father of the Underground Railroad” is so often overlooked today. In the more than 100 years since his death, Still has been marginalized, sometimes even forgotten, by histories of the movements to which he contributed so much. What accounts for this?

Still was a seemingly ordinary man who did extraordinary things. This helps explain why we know far less about him than some of his better-known contemporaries. Frederick Douglass, for example, was born just a few years before Still in the same region of Maryland’s Eastern Shore where Still’s parents had been enslaved. He provides a useful comparison. Douglass was extraordinary by any standard. His vivid prose and searing oratorical style made him an international star of the abolitionist movement. In his quieter moments, though, Douglass helped ferry fugitives across the border to Canada—people who often had been sent on from Philadelphia by Still. Many of these fugitives would never have made it to Douglass had it not been for Still’s work in Philadelphia.

Similarly, Harriet Tubman, also born enslaved in the same part of Maryland, has become one of the most famous figures of the Underground Railroad, her almost superhuman physical courage enabling her to travel into the lion’s den to rescue friends and family, all the time facing re-enslavement or worse, and winning her the admiration and fascination of generations since. Yet Tubman was but one of innumerable “conductors” with whom Still worked as he quietly shepherded hundreds of desperate fugitives to safety.

Still’s actions are easier to miss in part because when he told the stories of the Underground Railroad, he removed himself from the spotlight and placed it on the actions of fugitives from slavery themselves. In 1872, Still published a monumental account of his work, The Underground Railroad, almost 800 pages recounting the stories of hundreds of fugitives he helped on their way north. For those looking to learn about Still’s actions, this book has sometimes proved frustrating; it can be difficult to find his hand at all. This was by design. Still understood, and wanted his readers to understand, that fugitive slaves were the engine of the Underground Railroad, that they were agents in their own liberation.

In this way, his life isn’t a story of the triumph of a heroic, lone individual. It is, rather, a story of community struggle and one man’s critical part in that struggle. 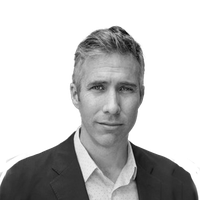 Andrew Diemer is associate professor of history at Towson University, where he has taught since 2011. His is author of The Politics of Black Citizenship: Free African Americans in the Mid-Atlantic Borderland, 1817-1863 (University of Georgia Press, 2016). He lives in Philadelphia.