Few places are more important to Armenian national identity than Mount Ararat, the snowcapped peak that looms over Yerevan, the capital city. A centerpiece of Armenian folklore and religious history where Noah’s Ark is said to have landed, the mountain evokes pride and a sense of place. It is featured on the Armenian coat of arms and currency. But it also looms as a reminder of the tragedy that has dominated Armenian life: Mount Ararat is visible from Armenia, but it belongs to Turkey.

A hundred years ago, as the Ottomans anxiously tried to hold together their collapsing empire, they launched a campaign of ethnic cleansing against the territory’s Armenian population, whom they feared as a threat to Turkish rule. Between 1915 and 1923, Ottoman forces killed 1.5 million Armenians and expelled half a million more in what is widely considered the first major genocide of the 20th century. Men, women and children were marched to mass graves in the Syrian desert or massacred in their homes. Ottoman soldiers destroyed Armenian churches and villages and confiscated property. Survivors fled into Armenia, then a republic that would soon be swallowed by the Soviet Union. Others scattered around the world.

The Armenian-American photographer Diana Markosian, who had a great-grandfather from eastern Turkey who survived the genocide because Turkish neighbors hid him until it was safe to flee, has undertaken to document the national memory of the event in portraits of living survivors. Raised in Moscow, Yerevan and Santa Barbara, California, Markosian says that she long felt the weight of the genocide as a burden, a “monstrous history you inherited because of your ethnicity.” It’s a history that hasn’t been fully acknowledged. To this day, Turkey disputes the extent of the killings and denies that they were planned by Ottoman officials, and the U.S. government declines to recognize the atrocities as a “genocide,” a word no sitting American president has used to describe the fate of the Armenians.

Consulting voter registries to track down Armenian citizens born in Turkey before 1915, Markosian found some survivors still alive in Armenia, now an independent nation of three million people. She photographed them in their homes and, later, after traveling to the places they had fled, she reunited the survivors with images of their lost hometowns and documented the reunions.

The images are surreal meetings at the crossroads of place and memory. Farmland has overtaken villages; ancient mountaintop churches stand in ruins. Some of the survivors wept when they saw her photos of their former homes, which beckoned like Ararat in the distance, enduring but out of reach. “I wanted to help the survivors reclaim a part of their own history,” Markosian says. “But how do you show something that’s not there?” 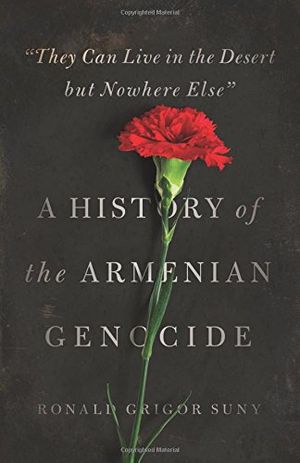 A History of the Armenian Genocide

Based in Istanbul, Jenna Krajeski covers the Kurdish minority in Turkey, Syria and Iraq. Krajeski, who has received grants from the Pulitzer Center on Crisis Reporting, has published in Slate, Harper's, the New Yorker and the Atlantic.