Can we mine the past for clues that explain the present? That’s the central theme of many history books in 2018, as writers and historians, academic and popular alike, attempt to uncover and recount the stories that say something about the state of the world today. From a biography of one of America’s most important architects to a sprawling analysis of Shakespearean drama to a 19th century sex scandal that shocked Washington, our favorite books this year are ones that bridge the gap between where we’ve come from and where we’re going. Beneath a Ruthless Sun: A True Story of Violence, Race, and Justice Lost and Found

After a developmentally disabled white man is falsely accused of rape in 1950s Florida, journalist Mabel Norris Reese spearheaded a campaign not just to see the defend-ant, Jesse Daniels, released from confinement, but to determine what machinations motivated a small-town sheriff, intent on protecting the reputation of the white female victims at all costs, to pin the crime on him in the first place. The Washington Post calls Pulitzer Prize-winner Gilbert King’s newest book “a sobering but expertly told saga,” while The New York Times Book Review says King “exposes the sinister complexity of American racism.” The Field of Blood: Violence in Congress and the Road to Civil War

In 1856, Southern congressman Preston Brooks, enraged at an anti-slavery speech given days earlier by Massachusetts senator Charles Sumner, shocked the nation when he beat Sumner unconscious with a cane—right on the Senate floor. The caning of Charles Sumner is well known to Civil War history buffs, but it was far from the only instance of violence breaking out in government spaces in the tense years before the war officially began. To read historian Joanne Freeman’s new book, says The Nation, “is to be disabused of the notion that there is anything unprecedented in the degraded political discourse of our own day.”

The Man in the Glass House: Philip Johnson, Architect of the Modern Century

“He was a gay man with a fascist history living in a glass house, and he liked nothing better than to throw stones,” writes Mark Lamster in his biography of the legendary architect. Philip Johnson shaped the look and spirit of American buildings in the 20th century—from the iconic Glass House in Connecticut to the controversial post-Modern skyscraper at 550 Madison Avenue to his role as the first curator of architecture at the Museum of Modern Art, no other figure in post-war design looms as large. He was also an avowed Nazi sympathizer, and Lamster’s book is one that doesn’t shy away from wondering, in 2018, how much we can truly separate the man from his art. Using firsthand accounts that were mostly unpublished until now, Konrad H. Jarausch, a professor at the University of North Carolina, attempts to answer a question surely on the minds of many looking to the past to explain the present: What, really, was it like to be a German citizen of the 20th century? And what can we learn now about the minds of those who witnessed, participated in, and were victimized by unspeakable atrocities as they attempted to rebuild a new version of their nation? In revealing the innermost thoughts of so-called ‘ordinary Germans,’ Jarausch paints a picture of a nation equal parts confused, apologetic, and ultimately hopeful. Bringing Down the Colonel: A Sex Scandal of the Gilded Age, and the "Powerless" Woman Who Took On Washington

In 1884, 17-year-old Madeline Pollard, traveling home from college in Ohio, met the much-older (and very married) Kentucky congressman William Breckinridge on a train. The two began an affair that would span a decade and produce several children. When Breckenridge, after becoming a widower, reneged on a promise to marry Pollard, she sued him for breach of promise. Patricia Miller’s book is an account of that trial, which effectively ended Breckenridge’s political career. It’s not hard to find parallels between the press’s treatment of Pollard and public portrayals of contemporary women who challenge the bad behavior of powerful men, and her eventual success in court is recounted here in thrilling detail. The Bone and Sinew of the Land: America's Forgotten Black Pioneers and the Struggle for Equality

The Northwest Territories were, in the early part of the 19th century, parts of the American landscape where pioneers could strike out in search of freedom, adventure, and the chance to live their ideals. In The Bone and Sinew of the Land, historian Anna-Lisa Cox explores the stories of the free black families who used the vast landscape of what would become Indiana, Michigan and Wisconsin to establish more than 300 African-American settlements founded on the basis of racial equality and justice.* What Cox frames as a precursor to the Great Migration of the 20th century is an under explored part of frontier history, and one that adds nuance to the image of the American pioneer. 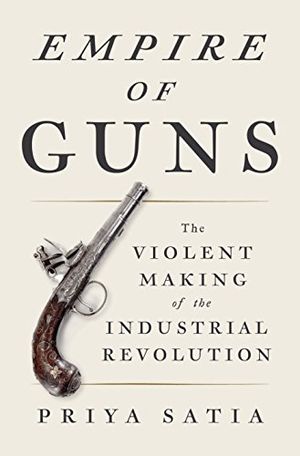 Empire of Guns: The Violent Making of the Industrial Revolution

Telling the story of the Industrial Revolution can be done in infinite ways—it’s alternately and simultaneously one of technology, one of economics, and one of class politics. Historian Priya Satia, though, frames it as one of violence—the Industrial Revolution, she argues, is inextricably linked to the history of firearms in the United Kingdom. The book touches upon the ways in which violence, labor and capital intersect and poses fascinating questions about the complicated relationship between modern capitalism and guns. Set the World on Fire: Black Nationalist Women and the Global Struggle for Freedom (Politics and Culture in Modern America)

In the first half of the 20th century, women like Amy Jacques Garvey, Celia Jane Allen, and Mittie Maude Lena Gordon wrote, spoke and worked tirelessly on behalf of black nationalist causes, but their work has been, until now, largely overlooked. Through advocating for the idea of a free black state, these women created a global network of black activists invested in the cause. The book’s author, Keisha Blain, a professor of history at the University of Pittsburgh, adds “essential chapters to the story of this movement, expanding current understanding of the central roles played by female activists at home and overseas,” says Publisher’s Weekly in a starred review. 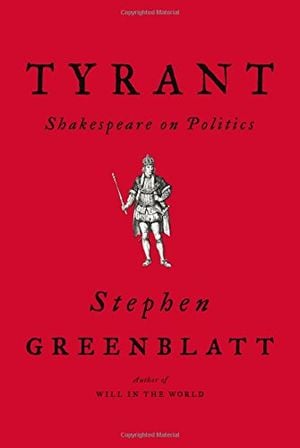 Could Shakespeare have predicted the rise of Donald Trump? That was what many people wondered after the 2017 Shakespeare in the Park production of Julius Caesar seemingly transposed the story of America’s 45th president onto the Elizabethan re-telling of an ancient Roman drama, and it’s a subject further explored in Greenblatt’s newest book. Examining the poet and playwright’s treatment of power, politics and personality cults, says The New York Times, “Greenblatt is especially fine on the mechanisms of tyranny, its ecology, so to speak, leaving one deeply moved all over again by Shakespeare’s profound and direct understanding of what it is to be human — which includes, alas, being a tyrant.” Behold, America: The Entangled History of "America First" and "the American Dream"

In 2013, historian Sarah Churchwell published a book examining the story behind F. Scott Fitzgerald’s The Great Gatsby and what the book said—and continues to say—about the notion of the American Dream. Five years later, Churchwell returns to the idea of the American Dream, setting it opposite another loaded phrase—“America First.” Her book is more than just the history of each phrase—it’s an assertion that America has always been a place of big dreams and of violent nationalism. From Ellis Island to the Woodrow Wilson White House and Birth of a Nation to Martin Luther King’s “I Have a Dream Speech,” Churchwell, the Guardian proclaims, upends “what we thought we knew about America and offers history’s traditional consolation of nothing new under the sun.”

*Editor's Note, November 26, 2018: A previous version of the story incorrectly stated the book's title The Blood and Sinew of the Land, when, in fact, it is The Bone and Sinew of the Land. It also misspelled author Anna-Lisa Cox's name. The story has been edited to correct these facts.